Resume Reading — Life Is a Braid in Spacetime

Close
Excuse me, but what’s the time?” I’m guessing that you, like me, are guilty of having asked this question, as if it were obvious…By Max Tegmark 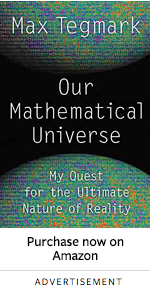