5 Languages That Could Change the Way You See the World 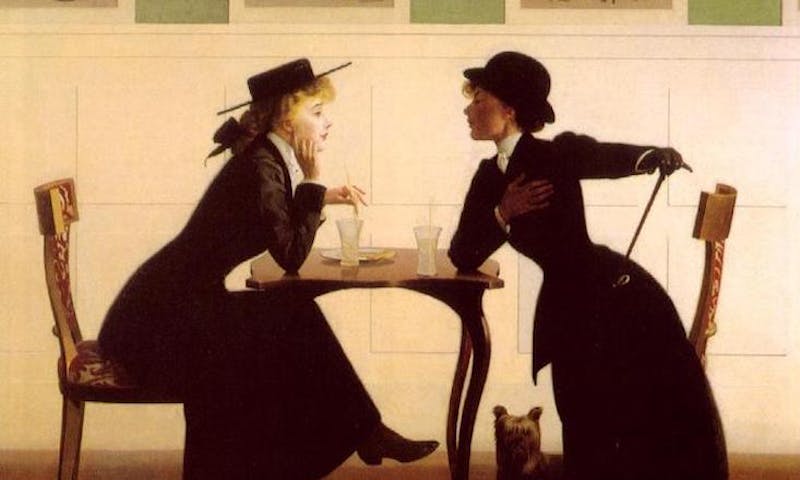 I went to my neighbor’s house for something to eat yesterday.

Think about this sentence. It’s pretty simple—English speakers would know precisely what it means. But what does it actually tell you—or, more to the point, what does it not tell you? It doesn’t specify facts like the subject’s gender or the neighbor’s, or what direction the speaker traveled, or the nature of the neighbors’ relationship, or whether the food was just a cookie or a complex curry. English doesn’t require speakers to give any of that information, but if the sentence were in French, say, the gender of every person involved would be specified.

The way that different languages convey information has fascinated linguists, anthropologists, and psychologists for decades. In the 1940s, a chemical engineer called Benjamin Lee Whorf published a wildly popular paper in the MIT Technology Review that claimed the way languages express different concepts—like gender, time, and space—influenced the way its speakers thought about the world. For example, if a language didn’t have terms to denote specific times, speakers wouldn’t understand the concept of time flowing.

The Matses people speak with what seems to be great care.

This argument was later discredited, as researchers concluded that it overstated language’s constraints on our minds. But researchers later found more nuanced ways that these habits of speech can affect our thinking. Linguist Roman Jakobson described this line of investigation thus: “Languages differ essentially in what they must convey and not in what they may convey.” In other words, the primary way language influences our minds is through what it forces us to think about—not what it prevents us from thinking about.

These five languages reveal how information can be expressed in extremely different ways, and how these habits of thinking can affect us.

A Language Where You’re Not the Center of the World

English speakers and others are highly egocentric when it comes to orienting themselves in the world. Objects and people exist to the left, right, in front, and to the back of you. You move forward and backward in relation to the direction you are facing. For an aboriginal tribe in north Queensland, Australia, called the Guugu Ymithirr, such a “me me me” approach to spatial information makes no sense. Instead, they use cardinal directions to express spatial information. So rather than “Can you move to my left?” they would say “Can you move to the west?”

Linguist Guy Deustcher says that Guugu Ymithirr speakers have a kind of “internal compass” that is imprinted from an extremely young age. In the same way that English-speaking infants learn to use different tenses when they speak, so do Guugu Ymithirr children learn to orient themselves along compass lines, not relative to themselves. In fact, says Deustcher, if a Guugu Ymithirr speaker wants to direct your attention to the direction behind him, he “points through himself, as if he were thin air and his own existence were irrelevant.” Whether that translates into less egocentric worldviews is a matter for further study and debate.

Other studies have shown that speakers of languages that use cardinal directions to express locations have fantastic spatial memory and navigation skills—perhaps because their experience of an event is so well-defined by the directions it took place in. But Deutscher is quick to point out that just because their language doesn’t define directions relative to the people communicating, it doesn’t mean they don’t understand the concept of something being behind them, for example.

A Language Where Time Flows East to West

Stanford linguist Lera Boroditsky and Berkeley’s Alice Gaby studied the language Kuuk Thaayorre, spoken by the Pormpuraaw people, also in Queensland, Australia. Like Guugu Ymithirr, it uses cardinal directions to express locations. But Boroditsky and Gaby found that in Kuuk Thaayorre, this also affected a speaker’s interpretation of of time.

Rossel Islanders talk about color as part of a metaphorical phrase.

In a series of experiments, the linguists had Kuuk Thaayorre speakers put a sequential series of cards in order—one which showed a man aging, another of a crocodile growing, and of a person eating a banana. The speakers were sat at tables during the experiment, once facing south, and another time facing north. Regardless of which direction they were facing, all speakers arranged the cards in order from east to west—the same direction the sun’s path takes through the sky as the day passes. By contrast, English speakers doing the same experiment always arranged the cards from left to right—the direction in which we read.

For the Kuuk Thaayorre speakers, the passage of time was intimately tied to the cardinal directions. “We never told anyone which direction they were facing,” wrote Boroditsky. “The Kuuk Thaayorre knew that already and spontaneously used this spatial orientation to construct their representations of time.”

A Language Where Colors Are Metaphors

Humans see the world within a certain spectrum of light, and, if you have fully functioning retinal cones, that light breaks down into various defined colors. According to some linguists, all individual languages have a set of specific color terms that partition the visible color spectrum. Devised by anthropologist Brent Berlin and linguist Paul Kay in 1969, the theory of “basic color terms” argued that all languages had at least terms for black, white, red, and warm or cold colors.

Not so in Yélî Dnye. In 2001, Steven Levinson, a researcher at the Max Planck Institute for Psycholinguistics, published a paper in the Journal of Linguistic Anthropology on Rossel Island in Papua New Guinea, which appeared to refute Berlin and Kay’s theory. Rossel Islanders speak Yélî Dnye, which is quite dissimilar to other neighboring language groups. It has little specific color terminology—indeed, there is no word for “color.” Instead, speakers talk about color as part of a metaphorical phrase, with color terms derived from words for objects in the islander’s environment.

For example, to describe something as red, islanders say “mtyemtye,” which is derived from “mtye,” or “red parrot species.” Another example is “mgîdîmgîdî,” which can be used to say something is black, but is directly derived from the word for night, “mgîdî.” Not only that, writes Levinson, but the islander’s grammar reinforces this metaphorical slant, saying, “The skin of the man is white like the parrot,” rather than “He is white.”

He reports that in their art, islanders don’t tend to use unnatural dyes or shades, sticking to neutral tones and patterns as a means of decoration. This doesn’t mean Rossel Islanders have somehow evolved a different vision capacity from the rest of humanity, but it may have a profound effect on how they interpret their world; it certainly impacts how they describe it.

A Language That Makes You Provide Evidence

In Nuevo San Juan, Peru, the Matses people speak with what seems to be great care, making sure that every single piece of information they communicate is true as far as they know at the time of speaking. Each uttered sentence follows a different verb form depending on how you know the information you are imparting, and when you last knew it to be true.

For example, if you are asked, “How many apples do you have?” then a Matses speaker might answer, “I had four apples last time I checked my fruit basket.” Regardless of how sure the speaker is that they still have four apples, if they can’t see them, then they have no evidence what they are saying is true—for all they know, a thief could have stolen three of the apples, and the information would be incorrect.

The language has a huge array of specific terms for information such as facts that have been inferred in the recent and distant past, conjectures about different points in the past, and information that is being recounted as a memory. Linguist David Fleck, at Rice University, wrote his doctoral thesis on the grammar of Matses. He says that what distinguishes Matses from other languages that require speakers to give evidence for what they are saying is that Matses has one set of verb endings for the source of the knowledge and another, separate way of conveying how true, or valid the information is, and how certain they are about it. Interestingly, there is no way of denoting that a piece of information is hearsay, myth, or history. Instead, speakers impart this kind of information as a quote, or else as being information that was inferred within the recent past.

A Language That Has No Word for “Two”

In 2005, Daniel Everett of the University of Manchester published a study of the language of the Pirahã people, an indigenous tribe living in the Amazon, in the journal Current Anthropology. In it he detailed a language unlike any other. The Pirahã speak a language without numbers, color terms, perfect form, or basic quantity terms like “few” or “some”—supposed by some, like color, to be an universal aspect of human language. Instead of using words like “each” and “more” or numbered amounts to give information about quantity, Pirahã said whether something was big or small. There is a word that roughly translates as “many,” but really it means “to bring together.” The Pirahã also had no artistic tradition, and voiced no sense of deep memory.

In a series of experiments done by linguist Peter Gordon, Everett, and others, the Pirahã’s cognition has been tested over and again: Is number cognition possible without a numerical system? The answer appears to be “not really.” In one experiment by Everett, the Pirahã were shown rows of batteries, and asked to replicate the rows. They were able to recreate rows containing two or three batteries, but not anything above that. Instead of counting, the Pirahã used a system Everett called “analogue estimation strategy,” which worked well for them up to a certain point. It may be that the Pirahã have never actually needed to count in order to get by—Everett and others who have observed the Pirahã in the field certainly think this is the case.

Interestingly, the Pirahã don’t seem to have a very high opinion of outsiders. They are monolingual, preferring to stick with their own lexicon rather than borrow words from English or Spanish, and they call all other languages, “crooked head.” It is a sharp contrast to our society, based on globalized languages and all manner of communication translated into nothing but numbers—endless streams of 1s and 0s.

WATCH: The legendary composer Walter Murch on how Beethoven changed the language of music.

This classic Facts So Romantic post was originally published in March 2015.