A Grandfather’s Final Gift Recalls a Different Way of Life 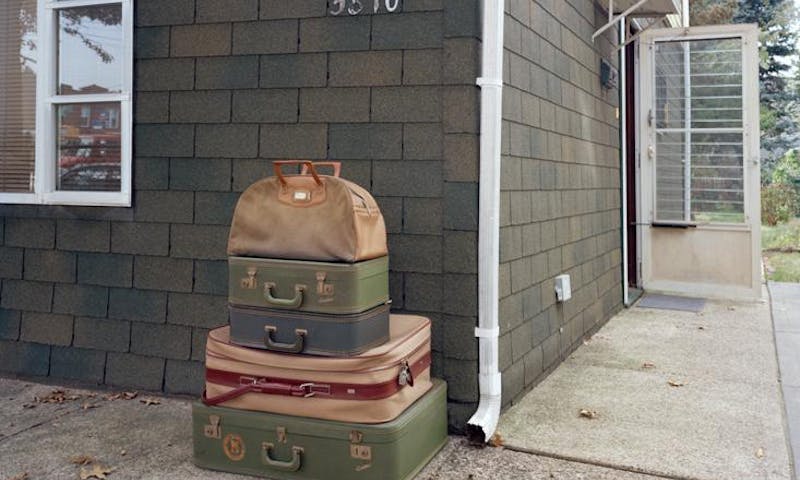 What remained after the passing of Tese’s grandfather was a house left to her and her sister. Inside was evidence of a simple life, well-lived, with a wife he loved and one daughter they were dedicated to raising. There was a final open pack of cigarettes, half a dozen suitcases, a dozen well-used fishing rods, modest bedding and housewares, furniture, and little more. But the sum of these things, later documented by his granddaughter in a series called Inheritance, speaks volumes about their owners and a not-so-distant past when lives were led more modestly. It also shines a light on our current world, in which so many of us aspire to keep up with a consumer culture that most of us cannot really afford.

I got to thinking, my grandfather had all these things he kept because they had some importance to him, and then I was only going to keep what was important or valuable to me, and then my children would do the same. So maybe just a few of those objects of his would make it into their hands, and then maybe it’s only a photograph, and probably of someone they don’t know.

I’m trying to prolong the memory of my grandparents and give them some permanence. It’s sad that someone’s impression on the world is so temporal, or so ephemeral. If there’s no permanent record, if you weren’t a writer or in a public position, the memory of you fades, there’s little left behind.

The project centered around my grandfather’s death, but in 1997 my grandmother, his wife, died. He got rid of most of her things then, but he kept some things. There was something he kept that I had no idea my grandmother did. I found a file box filled with her lists. I’m a lister to, but she wrote down everything she read and watched and we had no idea she did this. It makes sense, though, because there’s a bit of an OCD nature in the family.

It obviously meant a lot to her. It was a lifelong project for her. I thought a lot about that—why’d she do it—I think it was her way of keeping a diary. She wrote down all the articles and books she read [and television programs and movies she watched], and since she had to leave school early, maybe it was a continuation of her education.

I know that some of obsessive compulsiveness is about trying to create order over a life. This was a record of what she did and what she watched and maybe she meant to leave a record. I wish I’d known she’d done that. Obviously my grandfather knew about it. I can see them in my mind. They would be sitting in the living room and she’d take out her box of flashcards and write down something she’d just watched. And so he knew.

Today we have so much consumer media. We take all of this media in all the time. It comes in, it’s in the background, it’s a big buzz around us. It’s so big I don’t retain much of it. I don’t remember the premise. She was in that generation that would watch something, take it all in, write it down, record it, and log it. It meant more.

I have my mom’s tendencies in that I would rather buy one thing that’s maybe a little more expensive but I want to keep it a long time. I still take home leftovers, and bread rolls off the table [at a restaurant] and eat them for breakfast. I’m just that kind of person. I got that from her and she got that from them. They didn’t have any money. They were simple people by any kind of modern standards, but their furniture was of good quality. They picked out their favorite things and then put it on layaway and eventually it was theirs and it’s still in perfect condition! People want things quick, cheap, and easy today, and manufacturers have to keep up by making things poorly just so people can get rid of them again.

Does this kind of thinking influence you to use film in your photography?

People who use digital, they take so many shots. There will be literally thousands and thousands of images taken and then they just have to choose the one that works the best. Whereas with film, I’ll take ten to twelve shots, with a slight change of perspective and angle. This gives a different quantity and a different pace. With digital, there is so much more quantity, a much higher pace.