By blasting a stack of minerals with a four-meter-long gun, scientists have found a new clue about the backstory of a very strange rock. 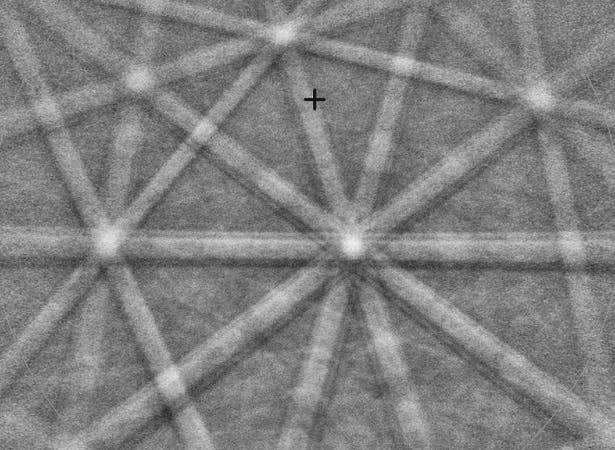 The story of what must surely be the most interesting rock in the world has taken yet another turn.

First, a recap: The rock, found some years ago in the basement of an Italian museum, turned out to be the only known natural “quasicrystal” — a dazzling, enigmatic form of matter in which atoms tessellate space in a pattern that never quite repeats. Additional tests revealed that the rock is the most ancient kind of meteorite, forged at the birth of the solar system. But it contains such chemically antithetical ingredients that no one could conceive of how, 4.5 billion years ago, they all got corralled into the same rock.

In search of more clues about the space rock’s formation, the Princeton physicist Paul Steinhardt, the Italian geologist Luca Bindi and collaborators managed to track down its unwitting discoverer, who had plucked it from a streambed in remote northeastern Russia in 1979 while panning for platinum. As I reported two years ago, Steinhardt and company then left their ivory towers and ventured out in rickety snowcats across the tundra, not only managing to find the stream their specimen came from, but even collecting additional grains of the ancient meteorite.

The spoils of the expedition generated new questions. Some of the newfound meteorite grains displayed signs of extreme shock, which is completely uncharacteristic of meteorites that formed at the birth of the solar system, typically through the gradual accretion of material. Perhaps the meteorite first formed that way, then later became embedded in an asteroid that experienced an epic collision. The question is: Were the patches of quasicrystal there from the start, or did the shock from the asteroid collision trigger their formation?

A rock specimen found in the collection of an Italian museum eight years ago that contains granules of icosahedrite, a natural quasicrystal.

Scientists have long debated how quasicrystals form. Their existence flies in the face of traditional crystallography. Whereas crystals consist of atomic motifs such as squares or hexagons whose exact repetitions fill space (a rule that allows only four types of rotational symmetry), quasicrystals consist of motifs of pentagons, decagons and any other shapes that tile space only in non-repeating arrangements, a freedom that allows the overall structure to have an infinite number of possible rotational symmetries. Hundreds of synthetic quasicrystals have been fabricated since the first was accidentally forged in a lab in 1982, yet it isn’t clear how or why atoms enter into such complicated configurations — only that they do so when certain elements are combined in the right ratios.

That’s what makes the latest plot twist so interesting.

Paul Asimow of the California Institute of Technology, collaborating with Steinhardt, Bindi and others, set out to re-create the shock experienced by the ancient meteorite. They loaded the minerals found in the rock into a chamber, and then, using a four-meter-long propellant gun, fired a projectile into the stack of ingredients.

In the mishmash of materials produced by the impact, the scientists found islands of a new kind of quasicrystal that had never been created in a lab. (The pentagonal symmetry of one of these microscopic regions can be seen in the electron backscatter diffraction image at the top.)

The findings, reported in the current issue of Proceedings of the National Academy of Sciences, indicate that the quasicrystals in the Russian meteorite did indeed form during a shock event. But the scientists were extremely surprised by how readily shock induced quasicrystals to form. Their experiment was nothing like the tightly controlled, low-pressure conditions under which quasicrystals are manufactured in the lab.

“What this suggests is that, at these high pressures, the formation of quasicrystals is so energetically favored that it forms even though this was not intended,” Steinhardt said. “What this tells us about quasicrystals is that they are not as delicate as many supposed — even under shock conditions and in air and without specially prepared starting materials, they can form. Also, since we produce what is a new quasicrystal by this approach, it suggests that other novel quasicrystals might be formed by similar experiments.”

We still don’t know why shock is such a great quasicrystal catalyst, or how certain elements came together inside the Russian meteorite in the first place. But these scientists are on it.