Mathematicians have had a hard time finding commonalities in large groups of random shapes — until recently. 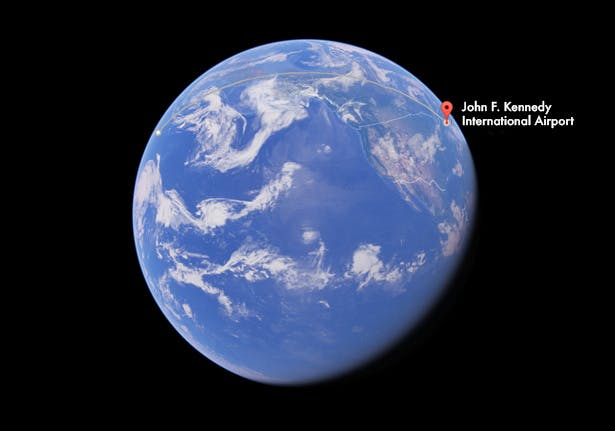 This is a good way to begin imagining random two-dimensional surfaces. If the Earth’s surface were more like a spasmodically spiky ball, straight lines would look even more erratic when projected onto it.

And as the randomness of the spiky ball surface increased, the irregularity of the lines would also increase.

As Kevin Hartnett explains in his Quanta Magazine article “A Unified Theory of Randomness,” random shapes occur naturally in the physical world. Random growth models can approximate the way lichen spreads across the surface of a rock, for example. But while finding commonalities among Euclidean geometric objects like lines, squares and cubes is easy, mathematicians have had a harder time describing what different classes of random shapes have in common. In the past few years, though, Scott Sheffield of MIT and Jason Miller of the University of Cambridge have developed a unified theory of randomness. They’ve proven that random shapes can be broken into different classes with distinct properties and that some random objects have clear connections with other kinds of random objects. They’re in the process of publishing a three-paper, comprehensive view of random two-dimensional surfaces.

“You take the most natural objects — trees, paths, surfaces — and you show they’re all related to each other,” Sheffield said. “And once you have these relationships, you can prove all sorts of new theorems you couldn’t prove before.”

For more on this story, check out Kevin Hartnett’s article “A Unified Theory of Randomness,” on QuantaMagazine.org.