An Infinite Universe of Number Systems

The p-adics form an infinite collection of number systems based on prime numbers. They’re at the heart of modern number theory. 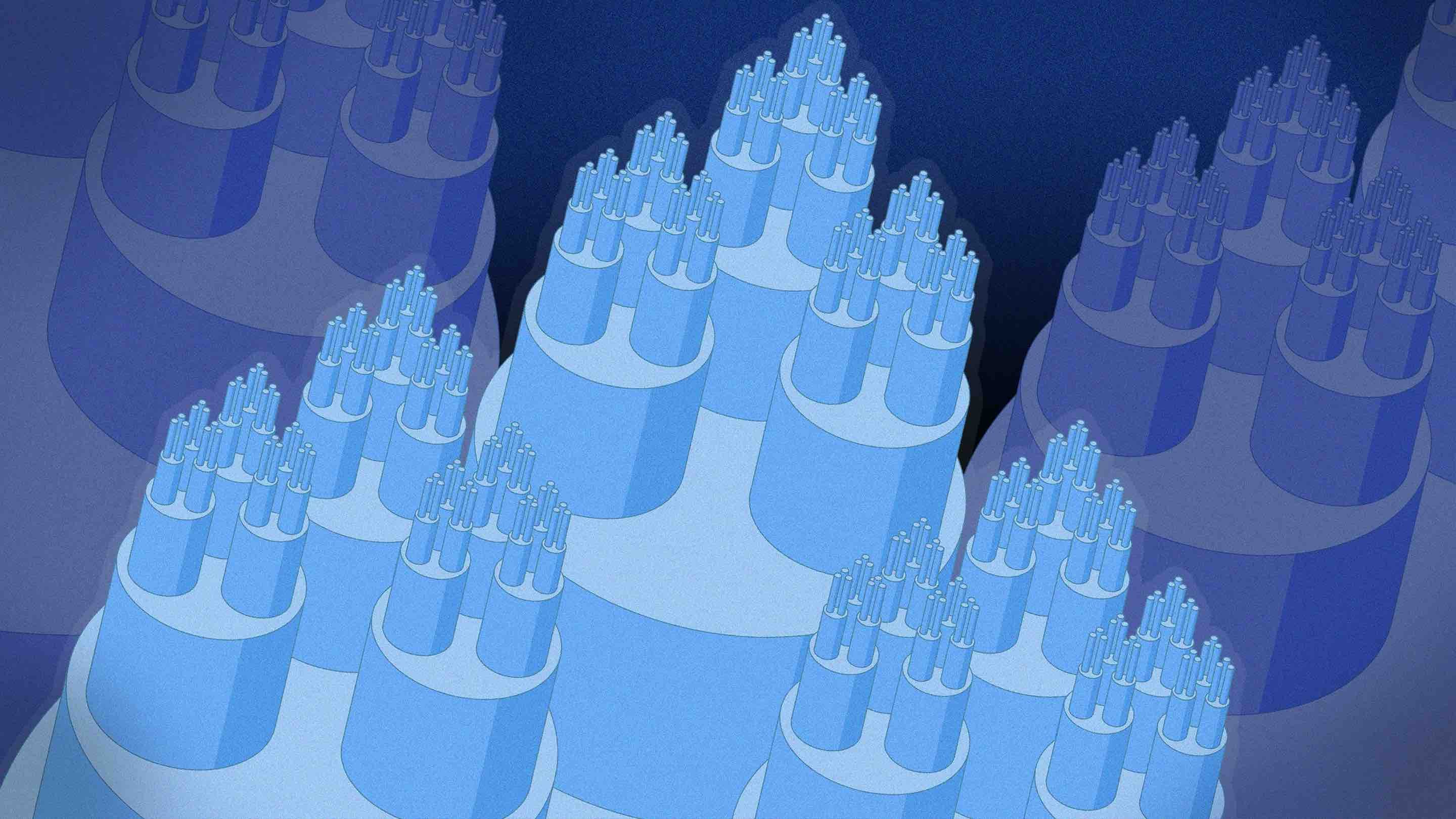 The rational numbers are the most familiar numbers: 1, -5, ½, and every other value that can be written as a ratio of positive or negative whole numbers. But they can still be hard to work with.

The problem is they contain holes. If you zoom in on a sequence of rational numbers, you might approach a number that itself is not rational. This short-circuits a lot of basic mathematical tools, like most of calculus.

Mathematicians usually solve this problem by arranging the rationals in a line and filling the gaps with irrational numbers to create a complete number system that we call the real numbers.

But there are other ways of organizing the rationals and filling the gaps: the p-adic numbers. They are an infinite collection of alternative number systems, each associated with a unique prime number: the 2-adics, 3-adics, 5-adics and so on.

The p-adics can seem deeply alien. In the 3-adics, for instance, 82 is much closer to 1 than to 81. But the strangeness is largely superficial: At a structural level, the p-adics follow all the rules mathematicians want in a well-behaved number system.

Developed over a century ago, p-adic numbers have become an essential setting in which to investigate questions about rational numbers that go back millennia.

The p-adic numbers are based in modular arithmetic, which is a method of counting that loops back on itself, like a clock. Just as 1300 on a 24-hour clock is the same as 1 p.m., mathematicians say that 13 “modulo 12” is equivalent to 1.

To see how p-adic number systems emerge from modular arithmetic, start by classifying all integers modulo a specific prime number. Classifying the integers modulo 3, for example, sorts them into three buckets, or rooms.

Now imagine the integers modulo 3, 9 and 27 stacked atop each other like a tower. Each level of the tower is an exact threefold covering of the level below it. This pattern continues forever, creating an elegant arrangement of the integers modulo ever-higher powers of 3.

Each p-adic integer is defined by following an infinite path up the tower. A bird’s-eye view of this tower gives a picture of all the p-adic integers.

One of the biggest advances in 21st-century mathematics is an object called a “perfectoid space,” which embodies this perspective. It was developed by Peter Scholze of the University of Bonn, who won the Fields Medal in 2018 in part for this work. It’s just one example of how mathematicians make use of these infinitely layered towers.

“Instead of considering the individual levels of the tower, you consider the whole tower at once,” said David Savitt of Johns Hopkins University. “This is a fundamental insight that crops up everywhere in modern number theory, in the Langlands Program and arithmetic geometry.”

Mathematicians write p-adic numbers based on the frequency with which each power of p appears in the number’s “base p” expansion. For example, this is how you write 11 in the 3-adics:

The p-adics take a different shape than the real number line: They form a fractal made of the infinitely nested rooms at the “top” of the p-adic tower. But this fractal has its own gaps. Mathematicians fill them by forming the “completion” of the p-adic rationals—a procedure analogous to adding irrational values to the number line. In this sense, at least, the principles underlying the p-adic numbers and the real numbers are similar.

“They’re all completions, so they actually have a lot in common,” said Jessica Fintzen of the University of Cambridge and Duke University.

The infinite family of p-adic number systems provides mathematicians with a wide range of settings in which to explore questions about rational numbers.

For example, mathematicians would like to know when polynomial equations like 3x3 + 4y3 + 5z3 = 0 have rational solutions. This is generally a hard question. But it’s relatively easy to find p-adic solutions.

“Things want to be nice over the p-adics. They want to have solutions,” said Bianca Viray of the University of Washington.

The premise behind the local-global principle seems strange: To prove the existence of solutions within the rational numbers, mathematicians look for solutions in infinitely many other number systems—the reals and all the p-adics.

The need to work like this highlights the extent of the problems created by the holes in the rational numbers: You need to cross the universe just to get around them. At the same time, it suggests that in a cosmos of infinitely many number systems, it would be almost strange to restrict ourselves to the one that just happens to be closest to home.

“We’re all on Earth and we work with the reals, but if you went [anywhere] else, you’d work with the p-adics,” Viray explained. “It’s the reals that are the outliers.”