In the 1960s, drillers noticed that certain fluids would firm up if they flowed too fast. Researchers have finally explained why. 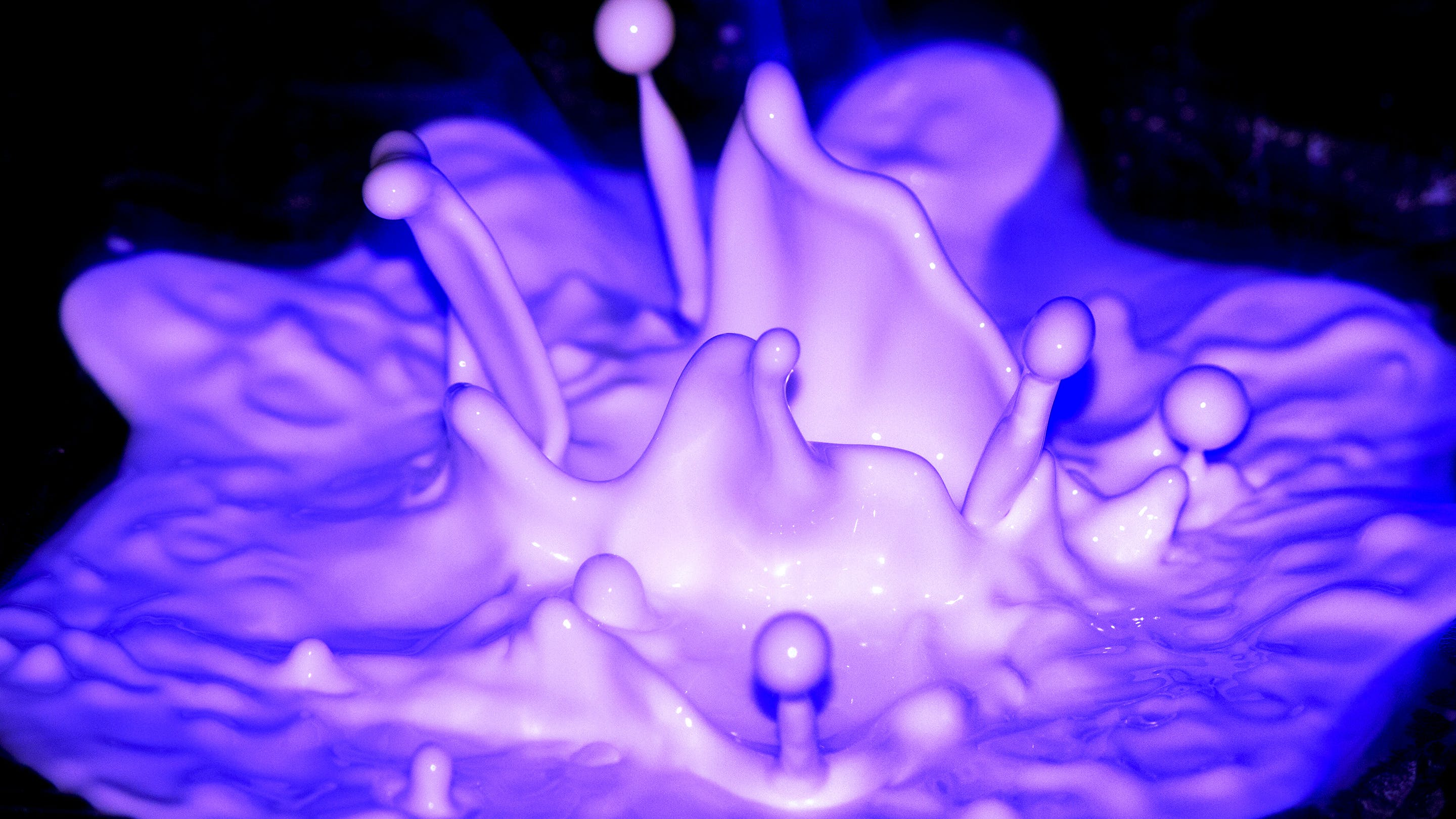 Fluids can be roughly divided into two categories: regular ones and weird ones. Regular ones, like water and alcohol, act more or less as expected when pumped through pipes or stirred with a spoon. Lurking among the weird ones—which include substances such as paint, honey, mucus, blood, ketchup and oobleck—are a vast variety of behavioral enigmas that have stumped researchers over the centuries.

One such long-standing puzzle, first articulated nearly 55 years ago, arises when certain liquids stream through cracks and holes in a porous landscape such as spongy soil. At first the liquid will flow normally. But as its flow rate increases, it will pass a critical threshold where it will suddenly seem to coalesce—its viscosity shooting up like a martini turning to molasses.

A November 2021 study pins the effect on tiny molecules suspended in the fluid that whirl and stretch as the flow rate ticks up. At some point, the molecular motion causes the fluid flow to become chaotic, surging and rippling in convoluted eddies that loop back on themselves. The onset of chaos is what impedes the fluid’s movement. The finding could have applications ranging from 3D printing to groundwater remediation and oil recovery.

“This is a beautiful manuscript,” said Paulo Arratia, who studies complex fluids at the University of Pennsylvania and wasn’t involved in the work.

In the 1960s, the rheologist Arthur Metzner and his undergraduate student Ronald Marshall were working on oil fields, where engineers would often inject water mixed with so-called pusher fluids into the ground to displace the oil and help extract every drop of crude. The scientists noticed that when the pusher fluid, which contains long-chain polymers, was pumped into the ground above a certain rate, it seemed to unexpectedly become much more viscous, or sticky, an effect later found in many similar systems.

“Viscosity is one of the most important things you want to be able to predict and control and characterize,” said Sujit Datta, a chemical engineer at Princeton University who came across Metzner and Marshall’s 1967 paper on the subject as a graduate student. “I was like, ‘This is kind of embarrassing that even after decades of profound research we still have no idea why the viscosity is what it is, and how to explain the increase.’”

Pusher fluids and other viscoelastic fluids, as they’re known, can contain long, complex molecules. At first, scientists thought that perhaps these molecules were piling up in pores in the ground, gunking them up like hair in the drain. But they soon realized that these weren’t simple clogs. As soon as the rate of flow fell below a critical threshold, the obstruction seemed to disappear completely.

A turning point came in 2015 when a group at the Schlumberger Gould Research Center in Cambridge, England, simplified the problem. The researchers built a two-dimensional analogue of sandy soil, with submillimeter-size channels leading into a labyrinthine array of cross-shaped pieces. They then pumped fluids containing different concentrations of molecules through the system. The team noticed that above a certain flow rate, the fluid’s movement became messy and disordered in the spaces between the crosses, greatly slowing the liquid’s overall motion.

In theory, something like this should be almost impossible. Regular fluids are heavily influenced by inertia, their tendency to keep flowing. Water, for example, has a lot of inertia. As water moves faster and faster, small streams within the flow will start to outpace other sections of the fluid, leading to chaotic eddies.

A complex fluid like honey, by contrast, has very little inertia. It will quit flowing the moment you stop stirring it. Because of this, it has trouble generating “inertial turbulence”—the ordinary kind of turbulence that happens in a rushing stream or beneath an airplane’s wings.

The Cambridge group’s experiments, as well as the behavior observed by Metzner and Marshall, happened in fluids where inertia’s effects were very low. No inertial turbulence should have appeared, but the researchers still found chaotic flow.

A second type of turbulence had to be at work. When liquids containing long molecular chains flow sedately, these polymers simply float along like little barges. But as the flow rate increases, the molecules begin to twirl and tumble. The molecular motion pushes on the liquid and generates a phenomenon called elastic turbulence, which scientists still don’t fully understand.

To investigate the possible role of elastic turbulence, the experimenters in Cambridge mixed bright fluorescent particles into their fluids to trace movement and saw that the fluids became disordered in the spaces between the crosses in their setup. For the first time, researchers were able to connect elastic turbulence with the unexpected viscosity increase of liquids in porous landscapes, said Datta.

The question was whether something similar would hold in three dimensions. At his lab, Datta investigates such questions using glass beads that mimic see-through soil or sediment. “There’s this quote from the great American philosopher and baseball player, Yogi Berra: ‘You can observe a lot by just watching,’” he said. “I think that’s my entire research program in a nutshell.”

Datta and his co-investigator Christopher Browne introduced their own fluorescent microparticles into polymer-containing fluids, then filmed the movement of the complex fluids through their setup. As the flow rate increased, the liquid began to tumble and loop back on itself, first in a pore or two, then in several more, and eventually in all the pores. The researchers knew that this had to be elastic turbulence because the influence of inertia in these substances was extremely low, at least a million times below the typical threshold for inertial turbulence’s appearance. Their findings appeared on November 5, 2021 in Science Advances.

Datta is most excited about potentially harnessing elastic turbulence to clean dirty groundwater. Researchers have tried to clear up polluted underground aquifers by pumping a polymer-containing fluid into them, which should force the water through underground rocks that trap the contaminants. The new work could help researchers formulate the fluids to better accomplish such a task, Datta said.

Datta and Browne now hope to turn to the questions that have emerged from their work. It might be assumed that the smallest pores in a medium are the ones that first become turbulent, but there doesn’t seem to be a clear correlation between pore size and the onset of elastic turbulence, Datta said. Determining exactly which factors are most relevant, such as pore shape or overall geometry, is his next goal.

“If we can figure out when a given pore will become unstable at a given flow rate to predict what the overall flow behavior will be, I think that would be incredible,” he said.

Lead image: Oobleck, seen here on top of a loudspeaker, is a liquid that quickly becomes viscous when subjected to pressure. Credit: Rachel Grosskrueger / Vincent Staverosky

VIDEO: In Datta’s lab, a viscoelastic fluid moves through a porous medium. When the flow rate is low (left), the fluid flows smoothly. But at a higher flow rate (right), polymers in the fluid cause the flow to become chaotic, with swirling eddies that form, grow and disappear. Credit: Courtesy of Datta Lab