As Planet Discoveries Pile Up, a Gap Appears in the Pattern

Astronomers are puzzling over a paucity of planets in the galaxy measuring between 1.5 and two times Earth’s size. 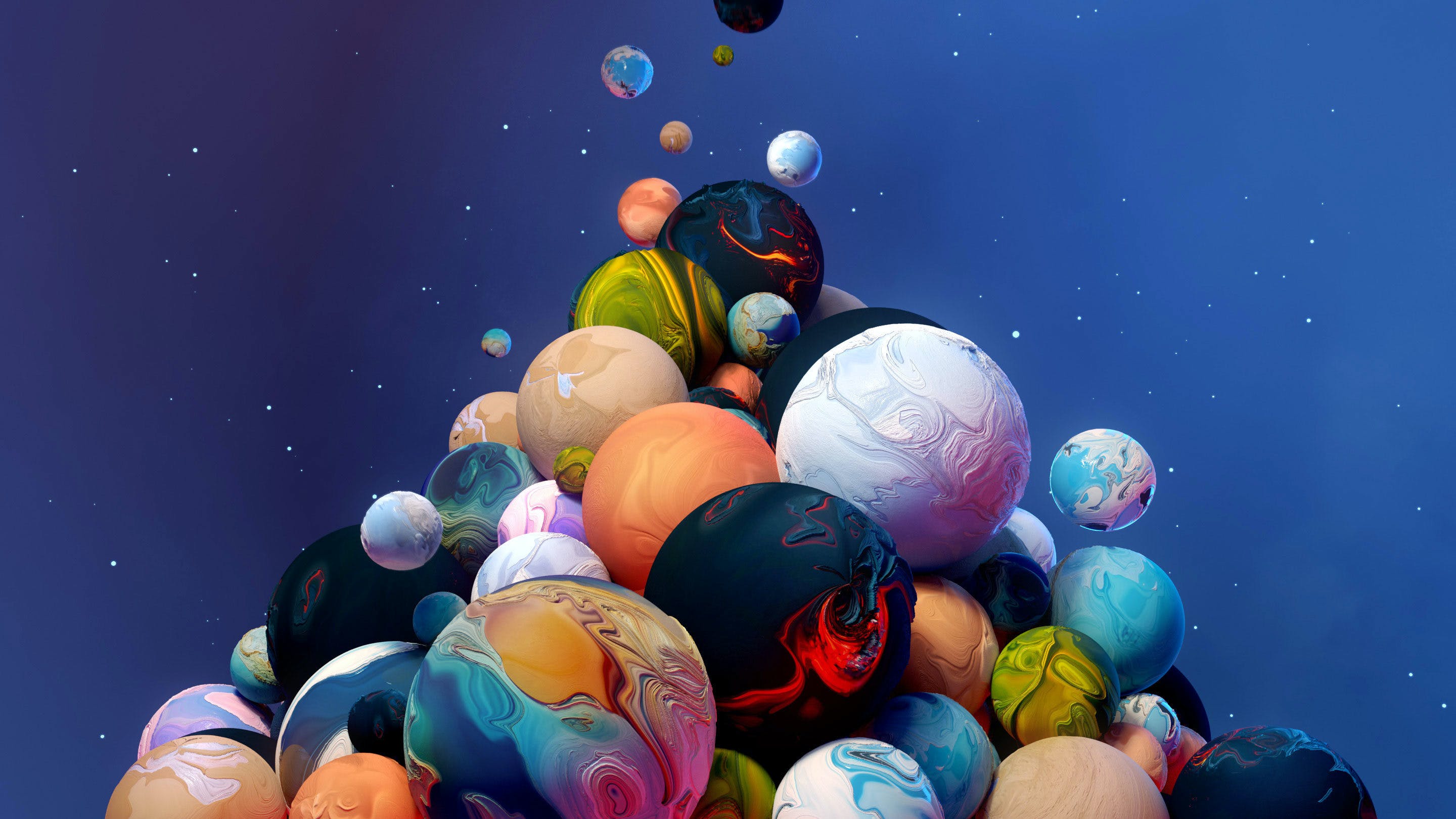 After the sun formed, the dust and gas left over from its natal cloud slowly swirled into the eight planets we have today. Small, rocky things clung close to the sun. Gigantic gas worlds floated in the system’s distant reaches. And around countless stars in the galaxy, a version of this process repeated itself, forging plentiful planets in a spectrum of sizes—except, apparently, worlds just a tad bigger than Earth.

While NASA’s newest planet-hunting telescope, the Transiting Exoplanet Survey Satellite (TESS), steadily tallies more exoplanets, a mysterious gap in their sizes, first identified in 2017, has persisted. The gap shows that scientists need some new ideas to explain how planets are made, both in the broader cosmos and in our backyard.

Astronomers have used TESS to find hundreds of possible planets around the nearest stars since its launch in April 2018, including 24 confirmed worlds so far. The galaxy seems to host a lot of small planets, especially ones measuring between two and four times the size of Earth and others in Earth’s ballpark. But for some reason, planets with radii between 1.5 and two times that of Earth are rare.

The paucity of planets in that range, known as the “Fulton gap” after the lead author of the paper that pointed it out, first appeared in the findings of the Kepler Space Telescope, which hunted exoplanets for nearly a decade before passing the torch to TESS. While TESS doesn’t yet have enough planets in its statistics bin to confirm or disprove the Fulton gap, the trend has continued, and astronomers say they don’t expect the gap to disappear.

In an April paper in the Astrophysical Journal Letters, a team led by Diana Dragomir, an astronomer at the Massachusetts Institute of Technology who works with TESS data, reported the discovery of a star system harboring two planets on either side of the gap, for instance. One is a “mini-Neptune” around 2.6 times the radius of Earth, and the other a wee Earthlet about 90 percent as big as our planet. The latter is the first approximately Earth-sized world in the TESS catalog.

Dragomir said the radius gap points to possible rules both about how planets are formed, and what happens to them early on. Since a planet’s atmosphere can comprise a significant portion of its radius, many ideas center around what might happen to that atmosphere. One possibility, Dragomir said, is a reverse-Goldilocks scenario in which medium-sized rocky planets with atmospheres can’t last. “You are either going to be big enough to hold on to your atmosphere, or if you are intermediate in size, then you are probably not big enough and you are going to lose it all pretty quickly,” she said. “It’s like a tug of war; it’s really hard to stay in the middle.”

Though some kind of atmosphere loss is a reasonable guess, it is just one of three general ideas, said Sara Seager, an astronomer at MIT who is deputy science director for the TESS mission. Another theory holds that the gap results directly from planetary genesis, maybe because of the location or makeup of the gas and dust left over from the star’s birth. Or, as a third theory proposes, planets’ own cooling processes might cause their atmospheres to evaporate, an effect called “core-powered mass loss.” Akash Gupta and Hilke Schlichting of the University of California, Los Angeles demonstrated in research last year that as planets of certain sizes radiate heat from within into space, their atmosphere is blown away, which could send them to the other side of the radius gap.

One possible explanation is a reverse-Goldilocks scenario in which medium-sized rocky planets with atmospheres can’t last.

The gap adds detail to emerging statistical patterns. In many exoplanet systems, as in our own backyard, astronomers are finding that smaller worlds tend to orbit close to their host stars, and bigger planets are more distant. Small planets’ proximity to their stars could be one reason they are small, Seager said. They could begin big like their far-flung brethren, but lose their atmospheres, and thereby lots of mass, to the searing heat and ultraviolet radiation of their stars.

Scientists think something like this happened to Mars. It started out with a thicker atmosphere, but once it lost its protective magnetic field, the sun was free to slowly blow that atmosphere away. Even Earth is still losing some of its hydrogen shell, Seager said.

“Some of these other systems might have even more severe early histories,” she said. “In the future we want to have a look at the atmospheres, and maybe that will give us some insight.”

As for the assorted exoplanets’ makeup, Seager said astronomers can’t tell yet what most of them are like inside. But people are trying. Planets two to four times Earth’s size, nicknamed super-Earths, or sometimes mini-Neptunes, are especially debated. Some astronomers think they are rock balls shrouded in thick atmospheres of hydrogen gas, while others argue they are shrouded in water, whether solid, liquid, or vapor.

Last month, astronomers led by Li Zeng, a former student of Seager’s now at Harvard University, reported the results of computer simulations suggesting that these common planets are water worlds. Some could be up to 50 percent water, which would come in a variety of exotic forms. The water might be fluid all the way down, or compressed into high-pressure ices such as the newly discovered phase called “superionic ice” thousands of kilometers below the surface, Zeng said.

“These high-pressure ices are essentially like silicate rocks in Earth’s deep mantle, hot and hard,” Zeng wrote in an email. “These oceans are unfathomable, bottomless. They are different worlds compared to our own Earth.”

Zeng said these super-Earths or mini-Neptunes might be more common than the planets of our solar system, and there might indeed be no place like home. But Dragomir is more circumspect. She noted that Kepler had almost a decade to pick out patterns among its planet cornucopia, but TESS is just getting started. Whereas Kepler studied a small patch of sky in the constellation Cygnus, TESS will survey the whole sky, an area 400 times larger than Kepler’s field of view. And TESS will focus on bright, nearby stars, which will be possible to study with ground-based telescopes for follow-up observations.

Dragomir is waiting for TESS’s long-term observations of planets that orbit their stars at great distances. These worlds are harder to see because of simple geometry. TESS detects a planet’s presence by studying blips in a star’s brightness, which indicate something passing in front of it. Planets orbiting at great distances from their star take a long time to cross in front, creating a prolongued blip that is harder to pick up, and they dim the starlight less.

Drawing firm conclusions about which kinds of planets do and don’t form at this point, she said, “is like looking in 1 percent of the haystack and saying, ‘Oh, there’s no needle.’”