Scientists have long struggled to understand how common planets form. A new supercomputer simulation shows that the missing ingredient may be magnetism. 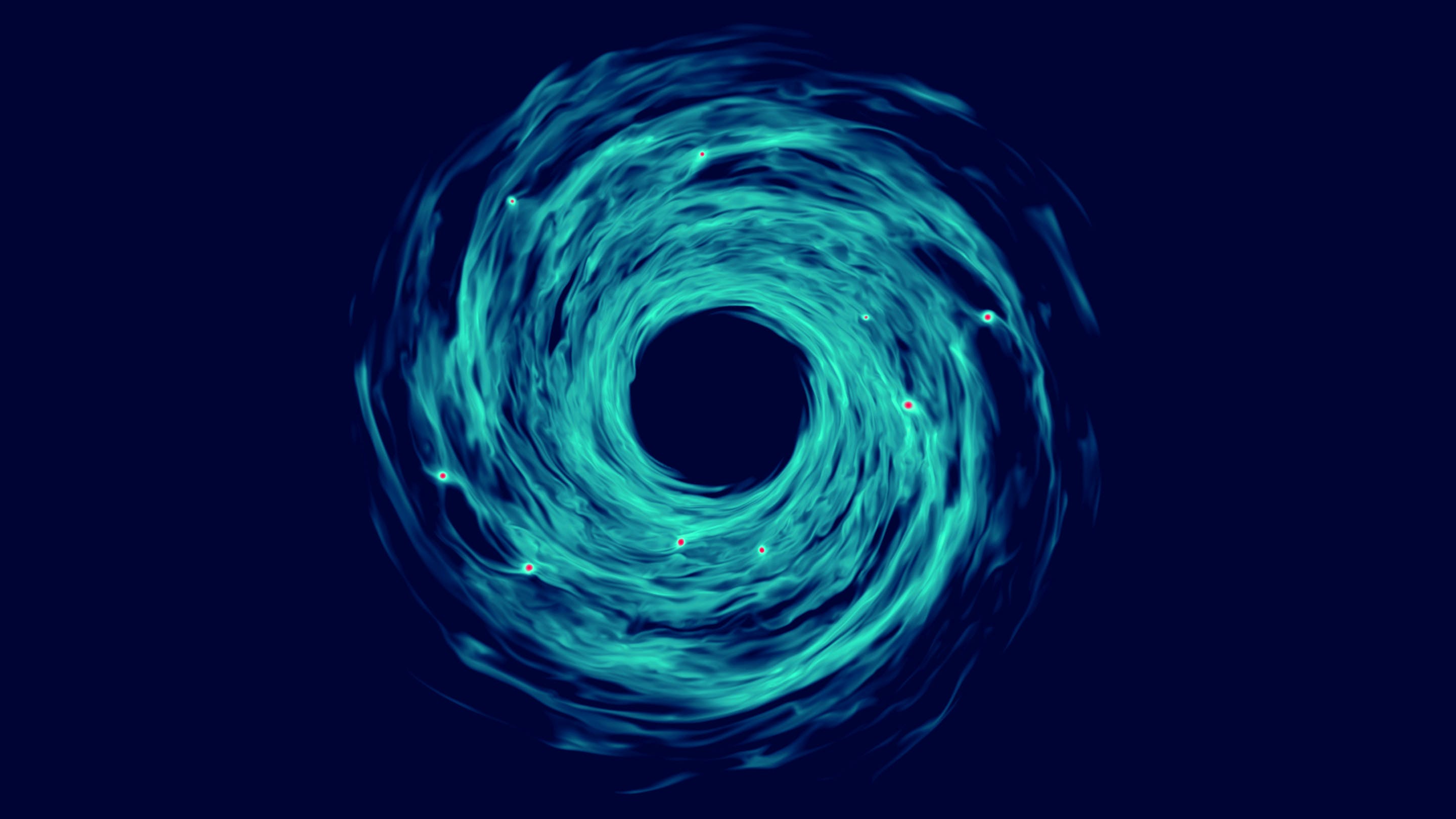 We like to think of ourselves as unique. That conceit may even be true when it comes to our cosmic neighborhood: Despite the fact that planets between the sizes of Earth and Neptune appear to be the most common in the cosmos, no such intermediate-mass planets can be found in the solar system.

The problem is, our best theories of planet formation—cast as they are from the molds of what we observe in our own backyard—haven’t been sufficient to truly explain how planets form. One study, however, published in Nature Astronomy in February 2021, demonstrates that by taking magnetism into account, astronomers may be able to explain the striking diversity of planets orbiting alien stars.

It’s too early to tell if magnetism is the key missing ingredient in our planet-formation models, but the new work is nevertheless “a very cool new result,” said Anders Johansen, a planetary scientist at the University of Copenhagen who was not involved with the work.

Until recently, gravity has been the star of the show. In the most commonly cited theory for how planets form, known as core accretion, hefty rocks orbiting a young sun violently collide over and over again, attaching to one another and growing larger over time. They eventually create objects with enough gravity to scoop up ever more material—first becoming a small planetesimal, then a larger protoplanet, then perhaps a full-blown planet.

Yet gravity does not act alone. The star constantly blows out radiation and winds that push material out into space. Rocky materials are harder to expel, so they coalesce nearer the sun into rocky planets. But the radiation blasts more easily vaporized elements and compounds—various ices, hydrogen, helium and other light elements—out into the distant frontiers of the star system, where they form gas giants such as Jupiter and Saturn and ice giants like Uranus and Neptune.

But a key problem with this idea is that for most would-be planetary systems, the winds spoil the party. The dust and gas needed to make a gas giant get blown out faster than a hefty, gassy world can form. Within just a few million years, this matter either tumbles into the host star or gets pushed out by those stellar winds into deep, inaccessible space.

For some time now, scientists have suspected that magnetism may also play a role. What, specifically, magnetic fields do has remained unclear, partly because of the difficulty in including magnetic fields alongside gravity in the computer models used to investigate planet formation. In astronomy, said Meredith MacGregor, an astronomer at the University of Colorado, Boulder, there’s a common refrain: “We don’t bring up magnetic fields, because they’re difficult.”

And yet magnetic fields are commonplace around planetesimals and protoplanets, coming either from the star itself or from the movement of starlight-washed gas and dust. In general terms, astronomers know that magnetic fields may be able to protect nascent planets from a star’s wind, or perhaps stir up the disk and move planet-making material about. “We’ve known for a long time that magnetic fields can be used as a shield and be used to disrupt things,” said Zoë Leinhardt, a planetary scientist at the University of Bristol who was not involved with the work. But details have been lacking, and the physics of magnetic fields at this scale are poorly understood.

“It’s hard enough to model the gravity of these disks in high enough resolution and to understand what’s going on,” said Ravit Helled, a planetary scientist at the University of Zurich. Adding magnetic fields is a significantly larger challenge.

In the new work, Helled, along with her Zurich colleague Lucio Mayer and Hongping Deng of the University of Cambridge, used the PizDaint supercomputer, the fastest in Europe, to run extremely high-resolution simulations that incorporated magnetic fields alongside gravity.

Magnetism seems to have three key effects. First, magnetic fields shield certain clumps of gas—those that may grow up to be smaller planets—from the destructive influence of stellar radiation. In addition, those magnetic cocoons also slow down the growth of what would have become supermassive planets. The magnetic pressure pushing out into space “stops the infalling of new matter,” said Mayer, “maybe not completely, but it reduces it a lot.”

The third apparent effect is both destructive and creative. Magnetic fields can stir gas up. In some cases, this influence disintegrates protoplanetary clumps. In others, it pushes gas closer together, which encourages clumping.

Taken together, these influences seem to result in a larger number of smaller worlds, and fewer giants. And while these simulations only examined the formation of gassy worlds, in reality those prototypical realms can accrete solid material too, perhaps becoming rocky realms instead.

Altogether, these simulations hint that magnetism may be partly responsible for the abundance of intermediate-mass exoplanets out there, whether they are smaller Neptunes or larger Earths.

“I like their results; I think it shows promise,” said Leinhardt. But even though the researchers had a supercomputer on their side, the resolution of individual worlds remains fuzzy. At this stage, we can’t be totally sure what is happening with magnetic fields on a protoplanetary scale. “This is more a proof of concept, that they can do this, they can marry the gravity and the magnetic fields to do something very interesting that I haven’t seen before.”

The researchers don’t claim that magnetism is the arbiter of the fate of all worlds. Instead, magnetism is just another ingredient in the planet-forming potpourri. In some cases, it may be important; in others, not so much. Which fits, once you consider the billions upon billions of individual planets out there in our own galaxy alone. “That’s what makes the field so exciting and lively,” said Helled: There is never, nor will there ever be, a lack of astronomical curiosities to explore and understand.