Axions Would Solve Another Major Problem in Physics

In a new paper, physicists argue that hypothetical particles called axions could explain why the universe isn’t empty. 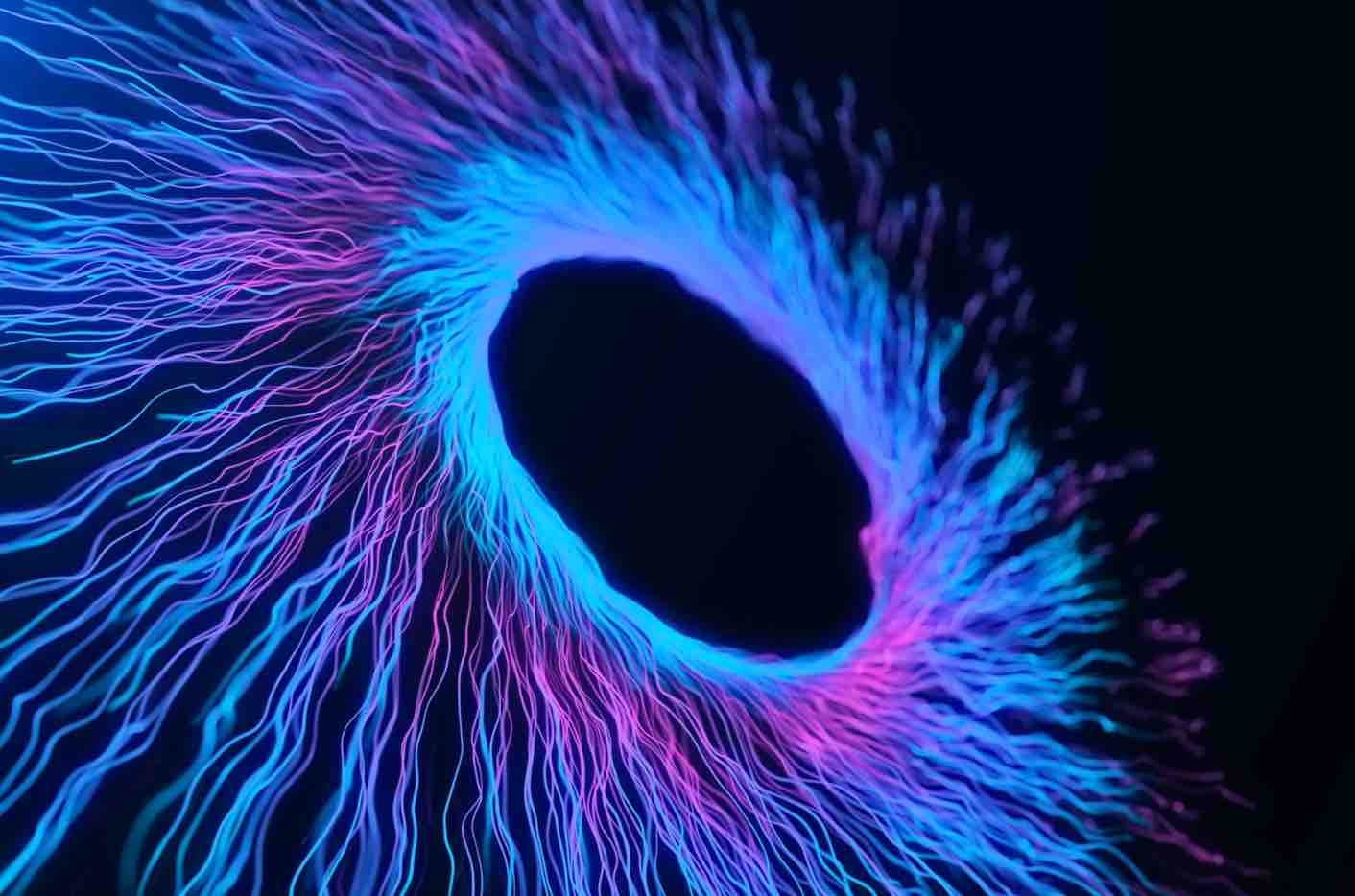 Physicists have long hypothesized the existence of a minuscule particle called the axion that could single-handedly solve two mysteries. It could account for a puzzling property of quarks, the elementary particles inside protons and neutrons, and it could comprise the dark matter that fills the cosmos. Now, the authors of a March 2020 paper published in Physical Review Letters show that the axion could be the rare stone that kills a third bird as well—the question of why there’s so much more matter than antimatter in the universe.

“We found some new dynamics of the axion which produce the matter-antimatter asymmetry,” said Keisuke Harigaya, a physicist at the Institute for Advanced Study in Princeton, New Jersey, who collaborated on the work with Raymond Co of the University of Michigan.

The physicist Michael Dine, a leading expert on axions based at the University of California, Santa Cruz, called Co and Harigaya’s paper “certainly an interesting proposal” that “suggests a way in which the axion might be important in cosmology that has not, to my knowledge, been considered before.”

The idea, which goes by the name axiogenesis, could further motivate experimental searches for the axion. Some of these, including the ADMX experiment at the University of Washington, are already underway, and others are planned or under construction in labs around the world.

The idea for this particle came from the work of physicists Roberto Peccei and Helen Quinn, who in 1977 envisioned a field of energy permeating all space. They showed that this energy field would solve the “strong CP problem”—arguably the biggest mystery of nature that no one knows about. The problem asks why the strong nuclear force affects quarks in exactly the same way that it affects antiquarks reflected in a mirror; that is, why the force respects charge-parity (or CP) symmetry. The question reduces to asking why a certain angle in the equations describing the strong force has a value of zero. The angle—θ, or theta—could have ranged anywhere from zero to 360 degrees, representing degrees of difference between quarks and mirror-image antiquarks. A similar angle related to the weak nuclear force has a value of about 43.5 degrees. But θ has been measured to be less than 0.000000001 degrees.

Peccei and Quinn’s field allowed θ to naturally fall to zero at the birth of the universe. The Nobel Prize-winning physicists Frank Wilczek and Steven Weinberg studied the field’s associated particle, which Wilczek named the axion after a brand of laundry detergent. Researchers later realized that invisible axion particles could have properties suitable for dark matter, the missing five-sixths of the cosmos. The axion is now one of the leading candidates for dark matter, and it remains the best-known solution to the strong CP problem.

But a fraction of a second after the birth of the universe, while θ was settling down to zero, another mysterious thing happened: More matter particles arose than antimatter particles. If this hadn’t happened, the equal amounts of matter and antimatter would have annihilated each other and we would not exist.

Co and Harigaya, who began collaborating in the 2010s as a graduate student and postdoc (respectively) at the University of California, Berkeley, discovered that a few billionths of a second after the birth of the universe, as the axion field settled to its stable state, θ may not have fallen straight to zero; rather, it may have cycled between zero and 360 degrees along the way. This would have caused the axion field to rotate, generating an excess of matter over antimatter.

To understand how rotation of the axion field could explain the matter-antimatter asymmetry, picture the bottom of a wine bottle, or, as Peccei and Quinn preferred, a Mexican hat with a really tall brim. This is the shape of the mathematical function defining the axion field. θ corresponds to the angular position around the hat, and the height of the hat’s crown or sides reflects the amount of energy in the field.

When the axion field theoretically arose in the early universe, the effect was like a marble landing on the brim of the Mexican hat. The position of the marble reflects the properties of the field.

Naturally, the marble will roll down the brim toward the center of the hat. Peccei and Quinn’s calculations showed that the hat—the mathematical function defining the field—will be tilted in a way that causes the marble to naturally settle at the hat’s lowest point at an angular position of zero degrees. (The marble will have oscillated around this minimum as it settled down, generating axion dark matter.) The Mexican hat tilts in the direction of zero because, in this model, any other value of θ costs energy.

In the new work, Co and Harigaya argue that the hat wouldn’t look quite as Peccei and Quinn envisioned. Since the late ’70s, researchers have mostly studied the hat in a vacuum, without input from other fields. But Co and Harigaya now know of a conjecture, increasingly supported by quantum gravity researchers, that there might be no perfect or “global” symmetries in nature. Because of this, the mathematical function defining the axion field couldn’t look perfectly the same all the way around. Other quantum forces and fields must have affected the axion field in a way that made the brim of the hat wiggly.

Those wiggles mean that the marble, as it rolled down the side of the brim, wouldn’t fall straight down at the position where θ = 0. Instead, the marble would get kicked sideways by the wiggles, and this would send it rolling around the hat, its angular coordinate θ cycling between zero and 360. Gradually, the marble’s rotation would slow down as the field experienced friction in the form of interactions with other matter fields. The axion field’s kinetic energy would spill over into these other fields and give rise to particles.

Because the marble rotated one way—counterclockwise—and not the other, it would inject a plus sign into particle physics equations rather than a minus sign, yielding electrons and electron-like particles instead of their antimatter counterparts. This electron excess would result in the enormous quark surplus observed today. “You can say that we have to just be half-lucky” in getting the right rotation direction and right sign, Co said. “But it turns out that if we would go the other way, we would still call ourselves matter instead of antimatter.”

Once Co and Harigaya thought about the rotating axion field and the cyclical evolution of θ, “we realized that the rest of it is almost automatic,” Co said. “We just do the computation to see how efficient the transfer rate is from axion rotation to quarks to matter-antimatter asymmetry.”

Co and Harigaya’s axiogenesis model predicts the existence of a new particle related to the Higgs boson, but 10 times as heavy. Such a particle is needed to make everything happen at the right time during the axion field’s primordial evolution. “If we require that both dark matter and matter-antimatter asymmetry are explained by the new dynamics we have found,” Harigaya said, then the existence of this new Higgs-like boson “is in fact a [firm] prediction.”

The predicted particle is too massive to be discovered by Europe’s Large Hadron Collider, but it might be glimpsed with the planned High-Luminosity LHC, slated to start up in 2027, or with a future, higher-energy particle collider.

Even if the particle doesn’t show up, variations on Co and Hariyaga’s model might make different predictions. According to Dine, the rotating axion field is a relatively simple idea, though the calculations involved are complicated. He said, “For me, what’s new is this remark that one needs to think not just about this motion gradually to the minimum, but the possibility that the axion is whipping around this Mexican hat, and what consequences that might have.”

Dine said the paper “will certainly influence my own work,” and that he’ll be “particularly curious to understand” whether the axion motion naturally produces the right matter-antimatter asymmetry while still yielding the right amount of dark matter and solving the strong CP problem “or requires, instead, surprising coincidences”—a fine-tuning of rates and effects that seems unlikely to happen in nature.

However, Wilczek, the axion pioneer, who won the Nobel for unrelated work on the strong force, considers Co and Harigaya’s axiogenesis proposal quite unconventional and speculative. The idea that θ’s value changes, “on the face of it, doesn’t satisfy the equations of axions,” Wilczek said, though he acknowledged with a laugh that “they say, ‘Well, maybe the equations of axions aren’t quite right.’” Wilczek said he doesn’t see convincing evidence for the no-global-symmetries conjecture, which Co and Harigaya use to justify the wiggles in their axion sombrero.

But whether the axion can potentially solve two major puzzles about nature or three, Wilczek said, “maybe the most important experiment in fundamental physics coming up is the search for axions. And if this encourages it, that’s all to the good.”

Lead image: The Big Bang somehow created an excess of matter over antimatter. A new study shows how a rotating field of energy might have generated this all-important asymmetry. Credit: blackboxguild