Beneath the Ocean, a World of Mountains

Scientists don’t even know how many seamounts there are—but the few they’ve explored are extraordinary. 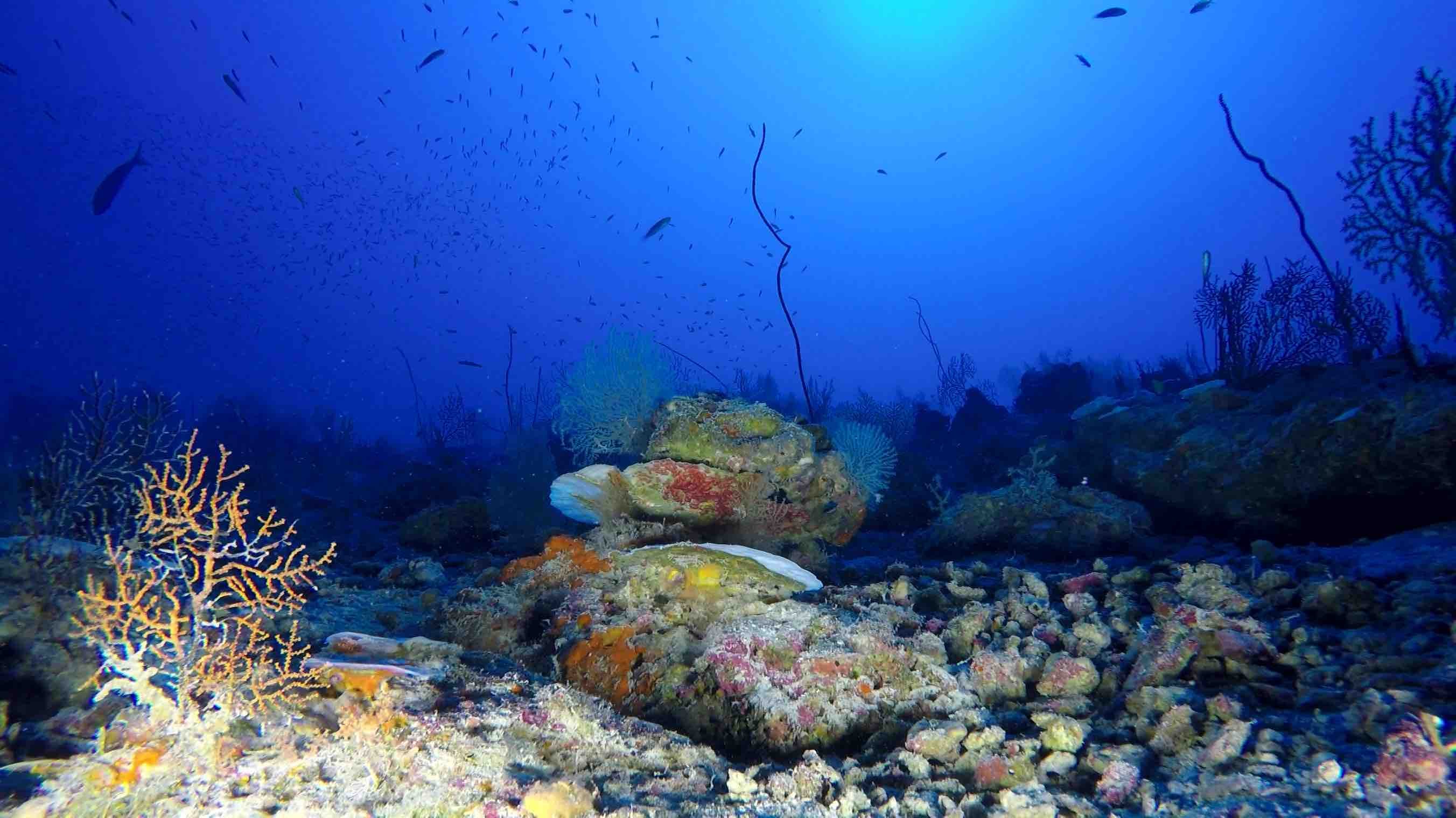 There are mountains in the sea.

From tens of thousands of extinct volcanoes rising thousands of meters from the ocean floor, to hundreds of thousands or even millions of smaller knolls, hills and ridges, seamounts are abundant features of the world’s ocean.

That these numbers are so unsettled speaks to just how much remains to be learned about seamounts. Yet the small fraction that have been studied suggest they are extraordinary places, teeming with life, swirling with energy.

Seamounts are formed where Earth’s crust and upper mantle is active at the bottom of the deep sea: at the boundaries of shifting and spreading tectonic plates, near volcanic island chains and archipelagos. Some seamounts have the conical shape of extinct volcanoes, though most have eroded over time, their mountainsides slumped, debris tumbling into the abyss.

Seamounts are associated with more than 1,300 different species of animals. Some are unique to seamount habitats. A few, such as the spiny lobster Jasus caveorum of the Foundation Seamounts in the southeastern Pacific Ocean, or Gnathophis codoniphorus, a conger eel found on the Great Meteor seamount in the Northeast Atlantic, live nowhere else but a single seamount. These are creatures most beautiful and bizarre, striped, spotted, fang-toothed and jut-jawed, fringed, finned, tentacled, tendrilled.

All are fed by the seamount itself, which intercepts currents and tides and enhances the flow of food and nutrients falling from above or welling up from below. The creatures of the seamount change with depth, from a summit that may be in the sunlit zone, swirling with schooling fish, down through layers of scattered light, to the darkness thousands of meters below. Some shrimp, crabs, and tube worms spend their entire lives in the murky mineral plumes of hydrothermal vents.

A kaleidoscopic array of fish seen from a remotely operated underwater vehicle (ROV) on the summit of the Sandes seamount. Among the fish are longfin bannerfish, bluefin trevally, humpback red snapper, and grouper. Credit: University of Plymouth | Nicola Foster

Sharks are the focus of David Jacoby, a biologist at the Zoological Society of London and part of a team studying sharks at the Sandes and Schwartz seamounts of the Chagos Archipelago in the British Indian Ocean Territory. Seamounts “can act as beacons,” he said, attracting sharks who dwell in the open ocean but remain at the seamounts “for days on end.” Similarly, a study of reef manta rays in the Chagos Archipelago, led by Samantha Andrzejaczek of Stanford University, found that some rays left their usual waters around the archipelago’s atolls to spend a few days or weeks at Schwartz seamount.

Sharks are obviously attracted by the abundance of prey, but what, exactly, causes that abundance?

Jacoby has noticed that sharks tend to congregate at seamount edges, where the steeply sloping sides drop off, but not over the summit. His collaborator Phil Hosegood, a physical oceanographer at the University of Plymouth, found that as underwater currents and tidal flows approach the sloping sides of Schwartz seamount, underwater waves form and break, causing turbulence and more waves that can suspend sediment, increase diffusion of nutrients, and support schools of forage fish.

“Seamounts really are like marine oases,” said Hosegood. “When we arrive on site, we can usually tell where the seamount is because we get surrounded by large numbers of sharks at the surface.” Underwater video footage shows dazzling arrays of pristine corals teeming with fish, said Hosegood, and “one can’t help but feel enormously privileged to witness the abundance and diversity of marine life that still survives.”

Researchers steering an ROV spy a scalloped hammerhead shark on a seamount in the Chagos Archipelago. Credit: University of Plymouth | Nicola Foster.

The British Indian Ocean Territory’s seamounts are protected by their isolation and by the region’s designation as a no-take Marine Protected Area in 2010, making it off-limits to commercial fishing. Illegal fishing still takes place, however, and Jacoby and Hosegood hope their insights into shark movement patterns can guide enforcement.

“Almost all seamounts around the world would typically once have been host to a similarly rich array of life,” said Hosegood, “but overfishing has largely wiped out the fish stocks that represent a critical component of the food chain, leading to an inevitable collapse in the top predator population that depends on the fish.”

The loss of fish is not the only impact; in heavily fished areas, seamounts are scarred by fishing trawls, littered with coral rubble and stumps, and strewn with lost gear. Cold-water corals and sponges grow just a few millimeters per year and live for millennia, making them especially vulnerable to such damage. Globally, only one to two percent of seamounts are within protected areas.

“All seamounts should be protected in perpetuity.”

“All seamounts should be protected in perpetuity,” wrote marine biologists Les Watling of the University of Hawaii at Manoa and Peter Auster of the University of Connecticut in 2017. They decried not only the impacts of fishing but those expected from proposed deep-sea mining for rare metals. Watling and Auster called for the United Nations to designate seamounts in the high seas as Vulnerable Marine Ecosystems, protecting them from destructive fishing and mining practices.

“They are islands of rich megafaunal biodiversity in the deep ocean, they are home to untold numbers of fragile and long-lived species,” wrote Watling and Auster, “and they also may harbor large numbers of smaller species so far undiscovered.”

Once protected, seamount communities can recover. After several decades without fishing at some of the Emperor Seamounts near Hawai’i, corals are regrowing from stumps, filling in trawl scars, and helping to seed nearby areas that are still fished.

Concern for seamounts accumulates with each new survey, each cruise to the shark-filled slopes, and each dive into their deep valleys. There are mountains in the sea, and they are magnificent.

Research by David Jacoby, Samantha Andrzejaczek and Phil Hosegood was funded by the BERTARELLI FOUNDATION.  More about its marine science programme can be found at www.marine.science.

Research by Phil Hosegood was funded by the GARFIELD WESTON FOUNDATION.

Lead image: Looking up from the slopes of Egmont Atoll, some 200 feet below the ocean surface. Credit: University of Plymouth.