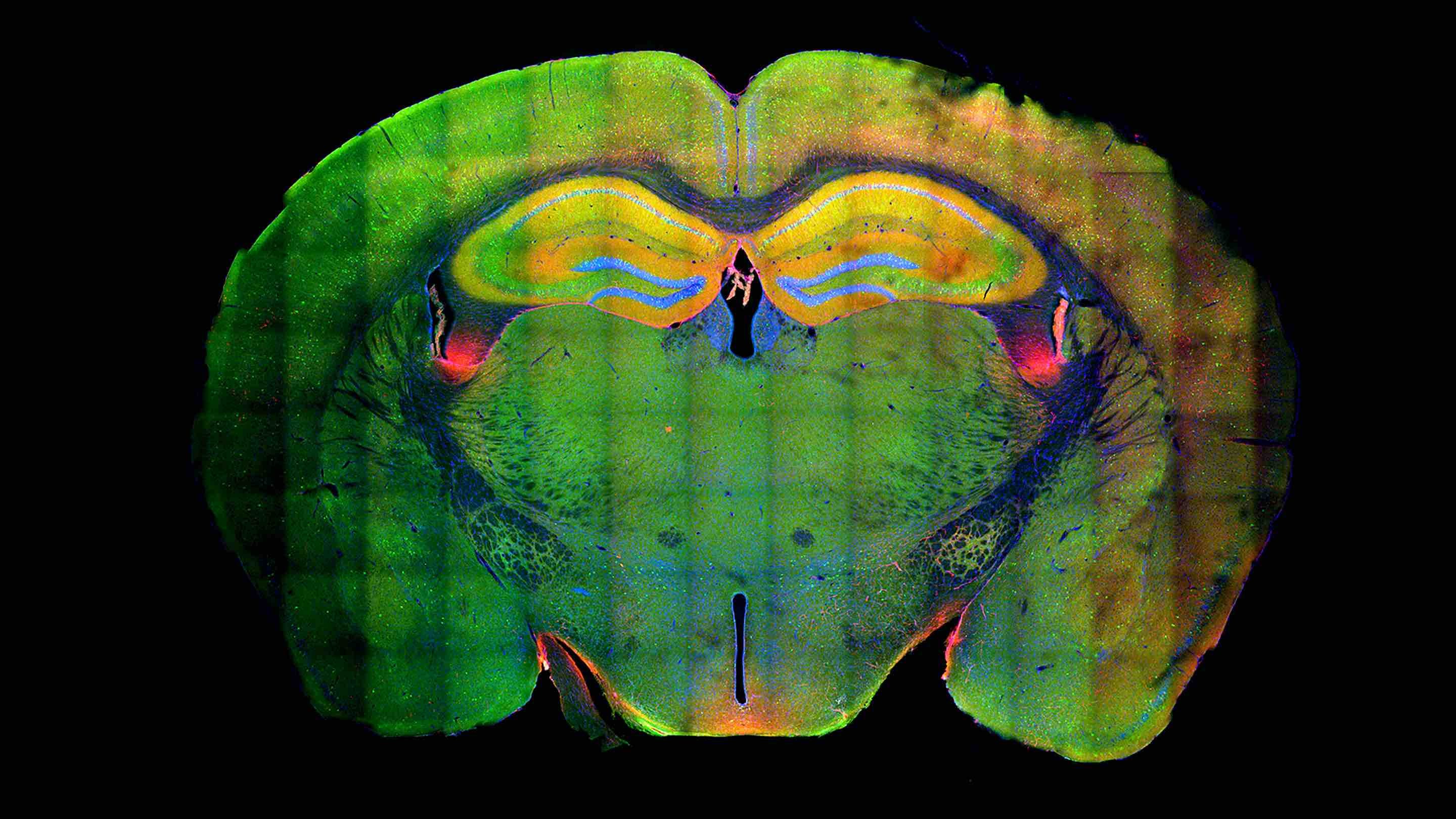 More than a century ago, the zoologist Richard Semon coined the term “engram” to designate the physical trace a memory must leave in the brain, like a footprint. Since then, neuroscientists have made progress in their hunt for exactly how our brains form memories. They have learned that specific brain cells activate as we form a memory and reactivate as we remember it, strengthening the connections among the neurons involved. That change ingrains the memory and lets us keep memories we recall more often, while others fade. But the precise physical alterations within our neurons that bring about these changes have been hard to pin down—until now.

In a study published in October 2020, researchers at the Massachusetts Institute of Technology tracked an important part of the memory-making process at the molecular scale in engram cells’ chromosomes. Neuroscientists already knew that memory formation is not instantaneous, and that the act of remembering is crucial to locking a memory into the brain. These researchers have now discovered some of the physical embodiment of that mechanism.

The MIT group worked with mice that had a fluorescent marker spliced into their genome to make their cells glow whenever they expressed the gene Arc, which is associated with memory formation. The scientists placed these mice in a novel location and trained them to fear a specific noise, then returned them to this location several days later to reactivate the memory. In the brain area called the hippocampus, the engram cells that formed and recalled this memory lit up with color, which made it easy to sort them out from other brain cells under the microscope during a postmortem examination.

Peering into the nuclei of these engram cells, the researchers spotted fine-grained changes in the architecture of the chromatin—the complex of DNA and regulatory proteins that makes up chromosomes—as the memory took shape. Parts of the chromatin reorganized in such a way that memory-associated genes could more easily spring into action to strengthen and preserve a memory. “Basically, the entire memory formation process is a priming event,” said Li-Huei Tsai, director of MIT’s Picower Institute for Learning and Memory and the senior author on the study.

Warming Up for a Memory

This conclusion wasn’t clear from the beginning of the experiment. Right after the memory formed, there weren’t huge differences in how the engram cells expressed their genes. But the researchers did notice some structural changes to the cells’ chromatin: Certain regions of the DNA became more accessible, shifting so that chromatin proteins and other stretches of DNA weren’t covering them up. This made the genes in that DNA more accessible to enhancers, genetic elements that can increase the activation of genes.

A few days later, the researchers spotted more alterations. The DNA had rearranged itself further so that many of these enhancers were closer to the specific genes they targeted. Nevertheless, there still weren’t dramatic changes in the way genes were expressed. “I was really depressed at that time,” said Asaf Marco, a postdoctoral associate at MIT and the lead author of the research. “It didn’t make sense at all.”

But when the mice were placed back in the environment where they originally formed this memory, a surge of gene expression followed. The structural changes to enhancers aligned with these activation patterns, leading to stronger connections between the neurons involved. That’s when Marco realized that the architectural changes to the chromatin were preparing the cells to reinforce the memories when they were recalled.

“Basically, the entire memory formation process is a priming event,” says Li-Huei Tsai of Picower Institute for Learning and Memory.

“It’s almost like warming up for a workout,” explained Steve Ramirez, an assistant professor of psychological and brain sciences at Boston University. As a memory forms, engram cells gear up to express genes that will create and strengthen connections among them. Cells can only take full advantage of these latent changes, however, when the memory is called to mind again. “They’re ready to run and enable the process of recollection,” he said. “That idea is very tantalizing.”

Over the last decade or so, several groups conducting engram research have begun to suspect that structural changes in the chromatin prime the cell to make and preserve memories. “We all thought about it, but this is a really awesome paper actually showing it,” said Iva Zovkic, an assistant professor of psychology at the University of Toronto. Moreover, the MIT group’s research solidified the concept with new kinds of evidence, separating the stages of memory formation and recall to see when these structural changes play a role. “That’s really a much more direct way of showing it than anything that’s been done before,” Zovkic said.

New technologies that can analyze genetic and cellular changes on a very small scale have brought about a renaissance in engram neuroscience over the last few years, Ramirez said. Connecting molecular changes to brain systems to behavior is newly possible. “One of the most exciting things about this paper was that it really zoomed in at this unprecedented level,” he said. “It really is magical to see this kind of resolution.”

Still, even the most cutting-edge tools can’t track memory formation this closely in live animals, so scientists can’t observe human memory formation as closely. These processes were studied in mice, and human cells may not follow the same patterns while encoding more complex and overlapping memories. “At this stage, it’s very hard to evaluate how much can be translated to human research,” said Shawn Liu, an assistant professor of physiology and cellular biophysics at Columbia University.

But mice and humans do have some memory circuitry in common. This study tracked cells in the hippocampus, a curved structure near the center of the brain in both species that’s vital for learning and memory. Differences between the human and mouse versions of the hippocampus temper the applicability of the study’s results, but within this new subfield, they are compelling data points. “Priming as a model to explain memory formation is very attractive,” Tsai said.

More experiments like this one can narrow down which brain cells follow these patterns, and if the patterns are the same for different kinds of memories, Ramirez said—whether those are emotional moments, physical skills or visual information that your brain is holding on to. That could bring into view a broader principle of how memories form, which could in turn point toward therapies for conditions like post-traumatic stress disorder or Alzheimer’s disease, in which memories are too persistent or not persistent enough. Understanding at the molecular level how the brain cements some memories and loses others could create opportunities to influence aging, learning and other essential processes.

There’s much more to learn about these changes in chromatin architecture. Many kinds of environmental factors, such as nutrition or stress, can alter the arrangement of DNA and proteins in chromatin, with downstream effects if the DNA is expressed and influences cell behavior. Further studies could also examine the plentiful regions of DNA that don’t direct the creation of proteins or have other obvious effects in the brain.

“We are currently ignoring 95% of the genome,” Marco said. He was taught to call it junk DNA. But like the enhancers that drive this aspect of memory encoding, the rest of these genes may take on crucial roles as well. “Although we mapped the genome, we still don’t understand most of it,” he said.

Lead image: Researchers have discovered that memory formation is linked to large-scale changes in the chromatin of neurons. In this cross-section of a mouse’s brain, the yellow structure near the top is the hippocampus. The yellow reveals the presence of engram cells that were active in both the formation and recall of a memory. Credit: Courtesy of Asaf Marco, Li-Huei Tsai and their colleagues