Bring Out Your (Very Infrequent) Dead! 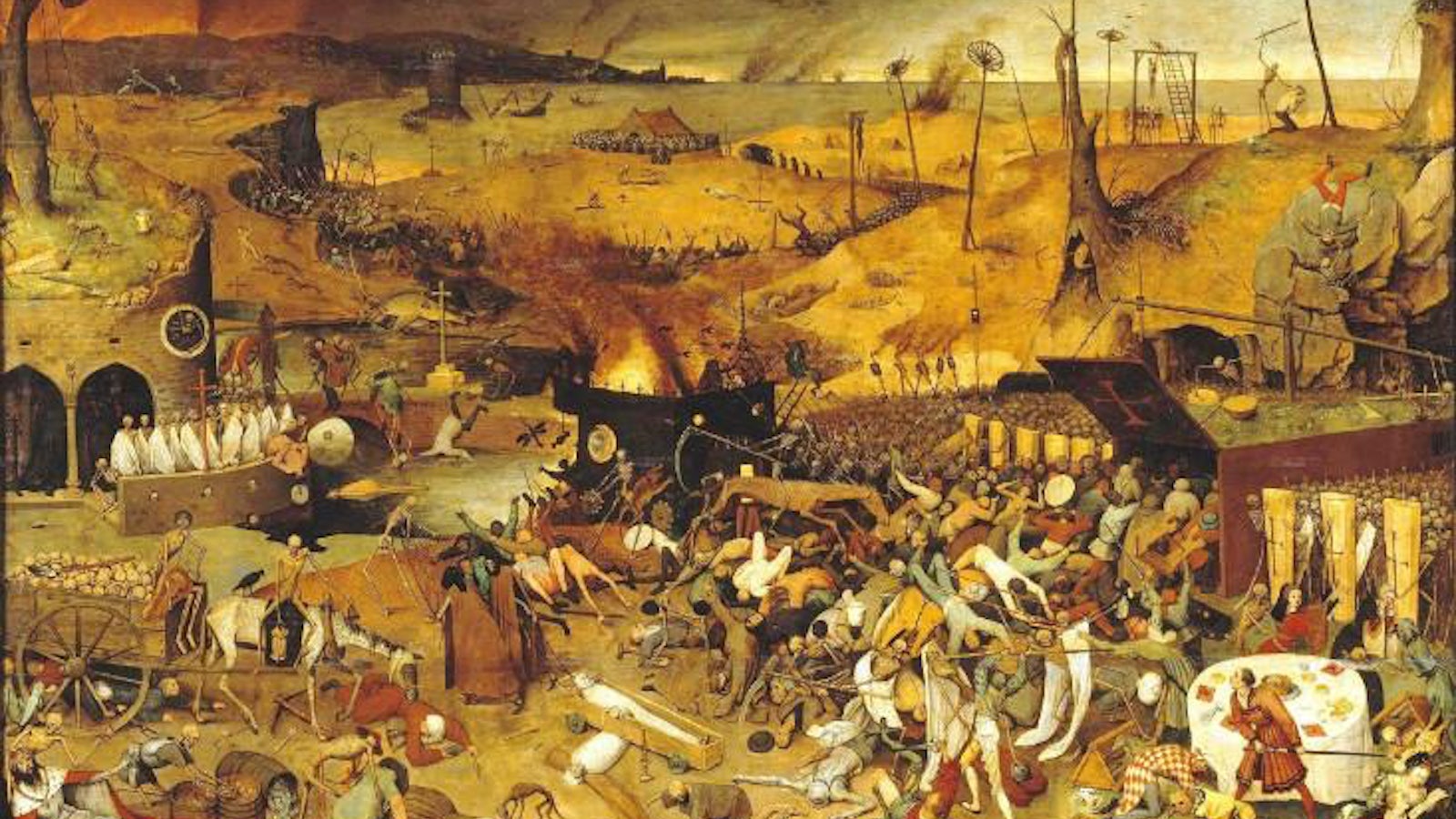 If you imagine the bubonic plague, based on what you learned as a kid, you probably imagine something similar to Pieter Bruegel’s 1562 painting, The Triumph of Death. Dead bodies in piles. Helpless civilians sprawled on the ground in anguish. Panicked crowds trying to flee as the village burns and falls into disarray. Total mayhem.

We identify the plague with history, with pandemics such as the “Black Death” that wiped out a third of the European population in the 14th century. Yet now and then in the news we’ll hear about current-day cases of the bubonic plague, like the married couple from New Mexico who both contracted the disease in 2002, or a plague-positive rodent, such as the squirrel that Los Angeles public health officials found in late July. But while the plague still exists and infects today, it seems barely recognizable as the same genocidal disease that afflicted us in the past.

Caused by the bacterium Yersinia pestis, the plague persists today in wild rodents and their fleas. If any of us were to get bitten by an infected flea, we’d get the same symptoms as people did centuries ago: fever, headache, chills, and the iconic swollen lymph nodes, known as “buboes.” The World Health Organization reports that there are between 1,000 to 2,000 human cases of the bubonic plague annually across parts of Africa, Asia, and the Americas.

During the Black Death, people contracted it directly from other people, according to Samuel Cohn, a medieval historian at the University of Glasgow. Back then, poor conditions, such as inadequate housing and plumbing structures, helped perpetuate the spread of the disease. Now we have effective quarantine procedures, pest control management, and overall improved sanitation. People get the plague primarily from fleas, and the likelihood of getting bitten and infected depends on the person’s proximity to the rat population. Ken Gage, the chief of flea-borne disease activity at the Centers for Disease Control and Prevention, studies the patterns of modern-day plague cases. The disease, he says, is more prevalent in rural areas and especially in Africa. Gage is currently working on the CDC’s efforts to prevent plague in Uganda, where many people practice subsistence farming and live in mud thatch huts, which rats use for shelter.

Plague rarely occurs in the United States—an average of seven cases every year, mainly in the Southwest, where there are a number of plague-ridden prairie dog colonies and wild rodent species, like ground squirrels. Lately, Gage said the CDC has also found infected domesticated cats, especially outdoor cats that encounter sick rodents. Sometimes the infections come right near home. “People will build a nice, well-maintained house and they’ll get the bubonic plague because they didn’t get rid of the native vegetation, like the southwest rabbitbrush,” says Gage. “That’s leaving food out for rats.”

While human sanitation has made huge strides over the centuries, the bacterium responsible for the plague, Yersinia pestis, has, on a genetic level, remained mostly the same. Hendrik Poinar, an evolutionary geneticist known for his ancient DNA research on Y. pestis, said that there are very few differences between medieval and modern versions of the bug. The reason why the bacteria was so much deadlier in the Middle Ages was that its effect on people was intensified by poor quality of life. “You have to remember that the conditions back then were prime for the plague to spread,” says Poinar. “People were dying from starvation, so their immune systems were compromised. Urban centers were dense, so the disease traveled through people faster. The climate was also wetter and colder. Eventually people realized they needed to contain the disease quickly.”

It’s also worth noting that while many have died of bubonic plague, there have also been many survivors. Some geneticists suspect that we may have become more resistant to the disease because previous outbreaks killed those whose immune systems were unable to fight off the plague. In the meantime, those with stronger immune systems were able to pass on their genes. Poinar says he’s interested in looking into which of our genes are involved in this resilience and how Black Death, other plagues, might have shifted human populations.

Better living standards are clearly the main reason why plague isn’t the threat it used to be. Still, there are still questions around whether there were any other factors that made Y. pestis so destructive, and some scientists wonder if climate change will affect the spread of the disease. But it seems as long as we put a good distance between us and rodent-kind, one of the most lethal diseases in human history will remain a rare worry for us.