Can Organoids Take Us into a New Era of Medicine? 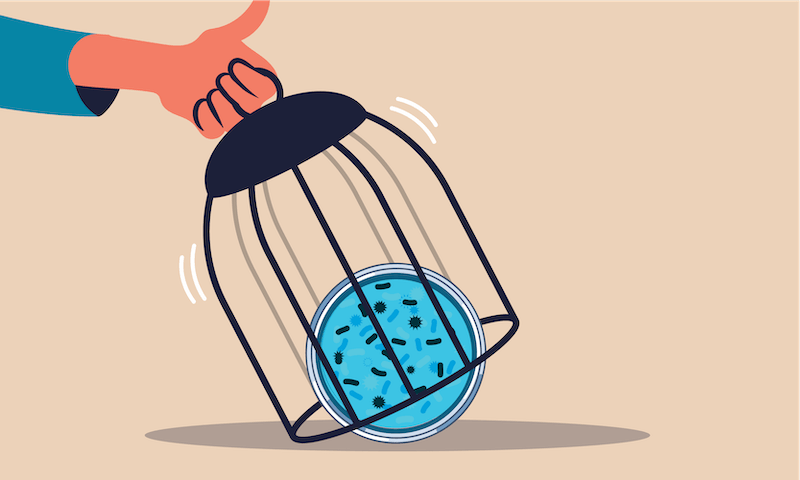 The organoids are coming, the organoids are coming! That’s not a midnight proclamation of science gone rogue—but right. These tiny three-dimensional structures made from human cells are now allowing scientists to perform important medical experiments that can’t be performed on humans themselves. And just as promising, they may obviate many animal experiments done for humans’ sake.

Despite their near ubiquity, a surprising number of animal experiments result in data that is neither valuable nor applicable to humans. Even between closely related animal species, testing does not produce the same results. For example, cancer experiments had similar outcomes in rats and mice only a little more than half of the time.1

“How can the rodent models predict human outcomes if they cannot predict each other very well?” asks Lena Smirnova, a neuroscientist at the Johns Hopkins Center for Alternatives to Animal Testing. Organoids, Smirnova says, represent a significant step forward.

To grow an organoid, scientists start with stem cells, which have the potential to become any type of cell and can come from an embryo, a biopsy taken from a person, or from other adult cells coaxed back into stem cell capabilities (known as pluripotent stem cells). These biological acrobats are induced to turn into specific cell types by adding chemical signals in a sequence that mimics how those cell types develop from stem cells in an embryo.

A surprising number of animal experiments result in data neither valuable nor applicable to humans.

There are two different kinds of organoids. One uses adult stem cells to make a specific organ like a liver,2 while the other uses induced pluripotent stem cells, which self-renew by dividing, and which can develop the range of cells that make up a human body, from skin to brain.

Because organoids can be made from the cells of a specific human, they can also help test a specific drug or treatment on the cells of a specific patient. Organ-specific organoids can pave an even more rapid path to personalized medicine—scientists can extract epithelial cells from sputum, or bladder cells from urine, and spin up a mini-organ directly from the patient’s body. That allows specific drugs to be tested for each individual, as personalized medicine for cancer3 or cystic fibrosis.4 For something like depression treatments, which sometimes require patients to cycle through half a dozen options for weeks or even months at a time before finding the right match, it could be a game-changer to have a miniature personalized brain sample.

Kenneth S. Kosik, a neuroscientist at the University of California, Santa Barbara, recently published a study in which he took brain organoids, put them down on a microarray kit—a surface with 26,000 electrodes to measure their electrical activity—and looked for different waveforms.5 (Kosik describes his research and its implications in this Nautilus article.) Their experimental setup worked, showing how the organoids can be used to test drugs that work on psychiatric diseases. “I think it’s extraordinary, the resemblance to brains combined with the kinds of physiology that they’re producing,” he says. “You can now get a much more detailed picture of what a psychiatric drug is doing to the brain.”

Animal experiments have led to important human therapies, such as pacemakers, surgical procedures, and pain relievers. In 2021, the National Institute of Allergy and Infectious Diseases reported that animal models “greatly contributed” to “the development of COVID-19 vaccines and treatments.”

At the same time, advances in data research and technology have undercut the need for and reasoning behind many animal experiments. In 1937, an untested Sulfanilamide, a drug used to treat streptococcal infections, poisoned more than 100 people in 15 states, leading to the 1938 Federal Food, Drug, and Cosmetic Act, which required safety testing of drugs on animals before they could be marketed. This statute continues to determine, to a large degree, how the federal government regulates drug research in the United States.

But using animals as a proxy for humans has begun to break down. A 2006 review of 76 animal studies found that approximately 20 percent of the results didn’t just misalign across species, but had the opposite effect in humans6: Even when drugs are considered safe in animal studies, they can still harm people. See thalidomide: The drug caused limb shortening in 20,000 to 30,000 human infants, but was tested successfully in a veritable menagerie of different animal species (rats, guinea pigs, hamsters, rabbits, cats, dogs, ferrets, pigs, primates, and even armadillos).7 The same review showed that only 37 percent of results from animal toxicity studies were replicated in humans. This sort of extra-species testing also turns up a lot of dead ends, with most drugs that sail through preclinical tests—including animal model validation—don’t make it to market.8

All of these fruitless animal tests are a drain in the drug development process. Smirnova estimates that for her specialty of neurotoxicity testing, which assesses how chemicals influence the brain and the nervous system, it takes more than 1,000 rats to evaluate whether a single chemical perturbs brain development. This takes several years and costs more than $1 million per chemical. “So if you think about testing thousands of chemicals around us, it’s not only extremely expensive, it is also a high use of animals, and slow,” she says. Even computers are proving to be a better model than animals: Machine learning techniques examine tons of input and learn from experiences. They have already proven to be more reproducible than animal tests in some cases.9

Hans Clever, a developmental biologist who helped develop organ-specific organoids (now head of Pharma Research and Early Development at Roche), says a key to organoids’ value is they help lead scientists to an insight about a core biological function. “One can find principles in organoids very easily because it’s extremely well-controlled, and you control everything much more than you would ever do in animal experiments,” Clever says.

Using organoids instead of animals will improve the prediction of drug response in several types of organs.

Substantive literature that would compare accuracy in predictivity of rodents versus organoids does not yet exist. But scientists expect that using organoids instead of animals will improve the prediction of drug response in several types of organs. For example, gut organoids can be up to 88 percent accurate in predicting patients’ response to a treatment of gastrointestinal cancer.10 Using organoids instead of animals is also cheaper and faster. And they can reveal much more about the inner workings of exceedingly complex organs, like the brain.

So far, brain organoids are mostly being developed to study brain disorders, potential treatments for a specific patient, and toxic compound exposures.11 But researchers have also grown brain organoids that were able to spontaneously produce eye-like structures that reacted to light—which can elucidate how brains and eyes interact in development.12 Others recently transplanted brain organoids into rats that could send signals and respond to cues from the rat’s environment.13 Organoids are even spending time in space for us: NASA has turned the fridge-sized organoid incubators into shoe-box sized devices to study how microgravity impacts brain function.14 Eventually, scientists hope brain organoids will help them to more fully understand neurodegenerative diseases as well. “We don’t know whether you need to keep brain organoids for 70 years before they develop Alzheimer’s or whether you actually can speed it up, and then it will be very useful,” Clever says.

“These organoid models are going to be key platforms that will replace many of the existing platforms that we are currently using in biomedical research,” says Clever. “They’re cheaper, they’re human, they use far fewer animals, and they’re probably more predictive.”

Smirnova acknowledges that there is still a long way to go before science transitions to an organoid-based research model that skips, for example, animal studies. “On the way to a really ambitious goal, you will achieve a lot,” she says, pointing out that already, for tests on skin toxicity and sensitization, there exist three-dimensional skin models that are also approved for cosmetic testing.15 She’s also excited about studying reproductive systems in an inexpensive and easy way—to mimic menstruation or premature birth on the cheap, or to look at fetal development.

There are, of course, limitations. For one, says Smirnova, a shift like this depends on the academic culture. Training students to work with organoids is different from training them to work with lab mice. People are careful to make changes, especially if they are in a group that is publishing and getting grants already. “We still have to work on education, and not only students but also our principal investigators and regulators,” she says.

Clever also tempers expectations. “Some people say that organoids will soon replace all animal experimentation. I don’t think that’s where we are,” he says. “Working with organoids is reductionist,” he explains. The technology, for all of its nuances, is still an abstraction of real biology. Animals—including us—after all, are an ecosystem of organs that is more than the sum of individual parts. A next step, Clever suggests, is joining organoids in a network; for example, combining organoids from a liver and a gut and a lung, to study their interactions As organoids become more networked, scientists could create three-dimensional biological avatars of entire people’s inner workings: kidneys, lungs, brains, circulation, all interconnected, bringing to life a much fuller picture of how human systems work together. At least until the organoids really do rise up.

Katharine Gammon is a freelance science writer based in Santa Monica, California who writes about environment, science, and parenting. You can find her at the beach or on Twitter @kategammon.

7. van Norman, G.A. Limitations of animal studies for predicting toxicity in clinical trials: Is it time to rethink our current approach? JACC: Basic to Translational Science 4, 845-854 (2019).