The mysterious connection between psychedelic use and eco-activism. 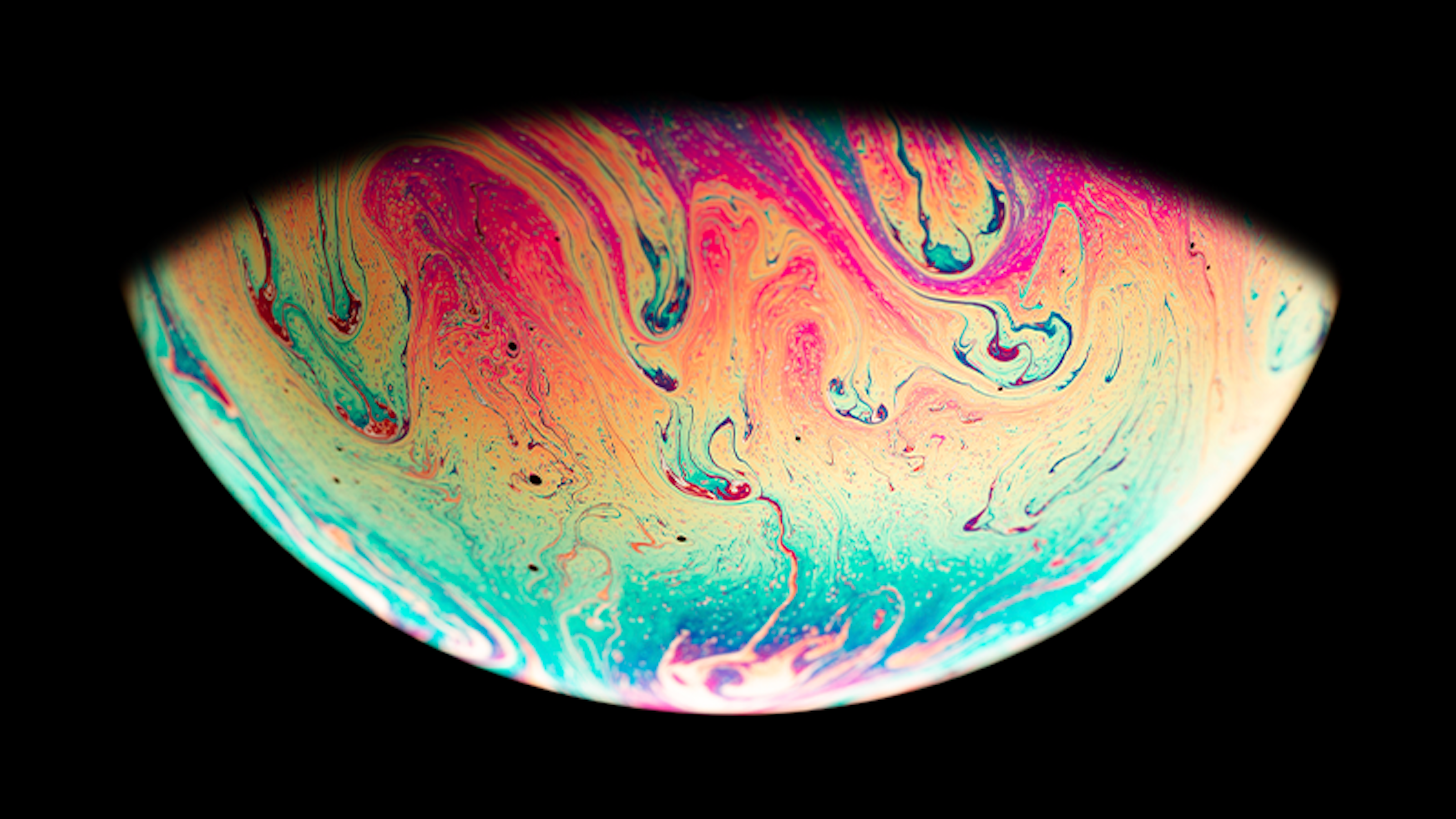 In 2016, Gail Bradbrook traveled 11,000 miles from her home in Stroud, England—an idyllic town known for its commitment to sustainable agriculture and the arts—to a retreat center in the teeming forest of Costa Rica. There, in the verdant, biodiverse sanctuary, she consumed ayahuasca, an extract used in healing ceremonies that is typically brewed from stalks of the Banisteriopsis caapi vine and leaves of the Psychotria viridis (chacruna) shrub native to the Amazon Basin. She also consumed iboga, a small shrub found in central West Africa, that, for centuries, has been used as medicine and sacrament.

Ayahuasca and iboga are powerful hallucinogens that induce non-ordinary states of consciousness.1 Bradbrook, a lifelong environmental and animal rights advocate with a Ph.D. in molecular biophysics, had consumed psychedelics in the past. But on this particular trip, she hoped to better understand how she was meant to focus her work. “There was so much I wanted to do that wasn’t quite working,” she told me. Her trip reminded her of some long-held convictions: that we create our own realities and that her purpose was to be in service to life. More importantly, it offered what she describes as the answers to her prayers for “the codes to social change.”

Not everyone comes away from psychedelic use planning to start a transformative environmental movement.

Through a series of synchronicities, her experience in the jungle became a catalyst for the creation of Extinction Rebellion. A global, non-partisan environmental movement, Extinction Rebellion stages dramatic nonviolent acts of protest and civil disobedience to demand corporate and government action in response to climate change and ecological breakdown. The movement is not without its share of criticism, but has inspired unprecedented mobilization among scientists, as well as engagement from governments and banks that bear some responsibility for fueling the climate crisis. Psychedelics, Bradbrook says, “helped me get out of my own way. I was praying for guides and for guidance.” The trip became the “starting point for the birth of the movement,” she said.

The link between psychedelics and eco-consciousness has been documented going back to the 1960s, when psychedelics first gained momentum in the West. But the precise nature of this relationship has always been a little mysterious. What comes first: an attraction to nature or the psychedelic experience? When Bradbrook had her transformative ayahuasca trip, she was already an environmental activist and had previously tried psychedelics. Like her, many psychedelic users actively seek out natural settings for their experiences, as observed by research psychologists Robert Masters and Jean Houston, who wrote the 1960s landmark text The Varieties of Psychedelic Experience: The Classic Guide to the Effects of LSD on the Human Psyche.

But not everyone comes away from psychedelic use planning to start a transformative environmental movement. Sometimes healthy individuals also have “bad trips,” which can feature extreme anxiety, fear, and psychotic episodes. Some trippers put themselves at physical risk, act aggressively or violently, and ultimately seek medical help,2 and longer-term, can suffer from flashbacks or develop persistent psychosis.

Perhaps psychedelics primarily enhance pre-existing affinities or mood states. In a recent paper in Transcultural Psychiatry, researchers from France and Canada argued that psychedelics are essentially super-placebos that increase suggestibility and enhance symbolic, ritual, and interpersonal dynamics.3 If so, it is possible that in many of us they reinforce an innate human connection to nature. According to German philosopher Erich Fromm all human beings subconsciously seek connection with the rest of life, a concept he termed biophilia. Fromm believed that this trait was an evolutionary adaptation designed to foster a harmonious relationship between humans and the biosphere.

One research finding that may support this idea is over a decade old but gets little attention: Even when subjects take psychedelics in clinical environments devoid of nature—in dull sterile medical offices with PET scanners rather than under the stars among the wildflowers—many of them still emerge with stronger relationships to the natural world. In a 2011 study that compiled data from eight different trials testing psilocybin on healthy volunteers, researchers found that 8 to 16 months after their trips, 38 percent of people reported lasting positive changes in their relationships to nature and the environment, among other benefits.4

The sublime sense of oneness with the earth that is associated with the psychedelic trip is thought to emerge via a process known as “ego death” or “ego dissolution”— a blurring of the distinction between self and other that may result from increased cross-talk between brain networks related toself-awareness and introspection. So-called ego-death has been reported following the use of many classical psychedelic drugs including LSD, mescaline, psilocybin mushrooms, ayahuasca, and ibogaine.5 Most of these substances have been used for spiritual and medicinal purposes for millennia—as conduits to changes in perception, emotion, and self-consciousness.

Psychedelic users tend to claim that ego-death leads to the realization that all of life is interconnected, a kind of cosmic holism. In fact, even after just one psychedelic experience, people are more likely to attribute consciousness to other living and even non-living entities. In March 2022, scientists from Johns Hopkins Center for Psychedelic and Consciousness Research Sandeep M. Nayak and Roland Griffiths published research that showed that a single psychedelic experience could change a person’s mind about whether, say, apes or mushrooms possess consciousness.6 From before the experience to after, there were large increases in attribution of consciousness to non-human primates (63 to 83 percent), quadrupeds (59 to 79 percent), insects (33 to 57 percent), fungi (21 to 56 percent), plants (26 to 61 percent), inanimate natural objects (8 to 26 percent) and even inanimate manmade objects (3 to 15 percent).

This effect was most pronounced among those who experienced what is known as a “deep mystical experience” while taking psychedelics. Mystical experiences7 are typically occasioned by high doses of psychedelics,8 and tend to feature feelings of unity, ineffability, peace, and joy, as well as a sense of transcending time and space, and a belief that the experience is a source of objective truth about reality.

But mystical feelings of cosmic holism are one thing, and eco-activism is another. Lately, as climate crisis looms, some psychedelic researchers have turned their attention to a pressing question: Does the perception of interconnection with non-human life generated for so many by psychedelic experiences lead to action to protect the planet? For lifetime users the answer seems to be a qualified yes. One study published in the Journal of Psychopharmacology in 2017 found that lifetime use of psychedelic substances is correlated with not just strong feelings of connection with nature, but with pro-environmental behaviors in the categories of energy and water use, recycling, transportation, and shopping.9

To filter bias out of their study population—nearly 1,500 people who completed a survey online—researchers Matthias Forstmann and Christina Sagioglou controlled for history with other psychoactive substances, political affiliation, and traits that could predict drug consumption or a love of nature. They still found a connection between experiences with psychedelics such as DMT, LSD, psilocybin, and mescaline, and a drive to make more ecologically friendly personal and financial decisions. The catalyst for these behavioral changes seems to have been a self-identification with the natural world. “The more people had experience with classic psychedelics,” they wrote, “the more they construed their self as being a part of nature.”

A single psychedelic experience could change a person’s mind about whether mushrooms possess consciousness.

As with the tendency to attribute consciousness to other non-human beings and objects, whether someone changes their behavior significantly following a trip seems to depend heavily on whether their hallucinogenic experience has a mystical component. “It’s the mystical experience component that mediates these profound changes,” says psychedelic researcher Kelly Paterniti of the Queen Mary University of London, the lead author on a recent study, “The Relationship Between Psychedelic Use, Mystical Experiences, and Pro-Environmental Behaviors.”10 Through an online survey of 245 people, Paterniti and her colleagues determined those who met the criteria for a “complete mystical” experience while on psychedelics (mostly psilocybin mushrooms and LSD) ended up feeling a closer link to nature than those who did not and subsequently acted in pro-environmental ways—primarily purchasing eco-friendly products and food and engaging in discrete acts of conservation.

But Paterniti is wary of overestimating the power of psychedelics. Studies on psychedelics and the environment have so far relied almost entirely on self-reported information and are correlational in nature: There could be a relationship between psychedelic usage and environmental engagement, but there is no direct evidence that consuming, say, a mushroom or ayahuasca brew causes this shift. Only one small study with seven participants has shown a causative role for psychedelics in increasing nature relatedness. “I don’t think that psychedelics are the Holy Grail that are going to solve everyone’s problems,” Paterniti said.

“We haven’t probed people in the moment that they’re having the experience to ask, ‘Hey, what’s going on in your head?’” said Manoj Doss, a post-doctoral researcher at the Center for Psychedelic and Consciousness Research at Johns Hopkins University who also cautions against overhyping psychedelic impacts.11 “Everything is talk after the fact.”

Trying to determine causation is always difficult and could be particularly so with psychedelics. Because they alter perceptions so dramatically, designing a study that successfully double-blinds participants is tough. That said, a 2011 Johns Hopkins University study led by Roland Griffiths used a double-blind design to explore psychedelic-occasioned mystical experiences among  participants who had never taken psychedelics before.12 Neither the participants nor the researchers conducting the interviews were informed whether participants had received psilocybin or a placebo. To reduce reliance on self-reporting, observers including participants’ peers and family members were also asked to independently rate participants’ moods, attitudes, and behaviors. That study found that psychedelic trips produce both acute perceptual and subjective effects—including extreme fear and mystical experiences—as well as long-lasting positive changes in mood and behavior. It also found that both short and long-term effects increase with the dose.

Until then, author and researcher Monica Gagliano—an associate professor in evolutionary ecology at Southern Cross University and author of the book, Thus Spoke The Plants—says the reality may not match the hype. “Everyone is talking about how psychedelics should be legalized, how psychedelics can change our lives and make us love this planet more,” she said. “And on one level, I agree.”

Gagliano said the times call out for narratives that give us hope and offer greater possibility for healing of people and the planet. “But the narrative is not matched by action,” she said. “If even a single high dose changes behavior, where is the change? Why haven’t we transformed the world?” Psychedelics illuminate the work that must be done. “But then, you’ve got to commit to engaging,” she said. “You’ve got to go out in the world and do it.”

This is the lesson of psychedelics, according to Extinction Rebellion co-founder Bradbrook. “These experiences are not just an awakening to the connection with the environment,” she said. “They are an awakening to our full humanity.” Humans share kinship with all living things. We are nature itself.

Simran Sethi (she/her) is a narrative practitioner and independent scholar focused on personal, social, and environmental change. Her current research as a visiting academic at PUFIN Centre at The Open University in Milton Keynes, United Kingdom, is on the bio-cultural diversity of earth medicines and communities and lands that steward them.

3. Dupois, D. & Veissière, S. Culture, context, and ethics in the therapeutic use of hallucinogens: Psychedelics as active super-placebos? Transcultural Psychiatry 59 (2022).