Studies suggest that self-disseminating vaccines could prevent the ‘spillover’ of animal viruses into humans as pandemic diseases. 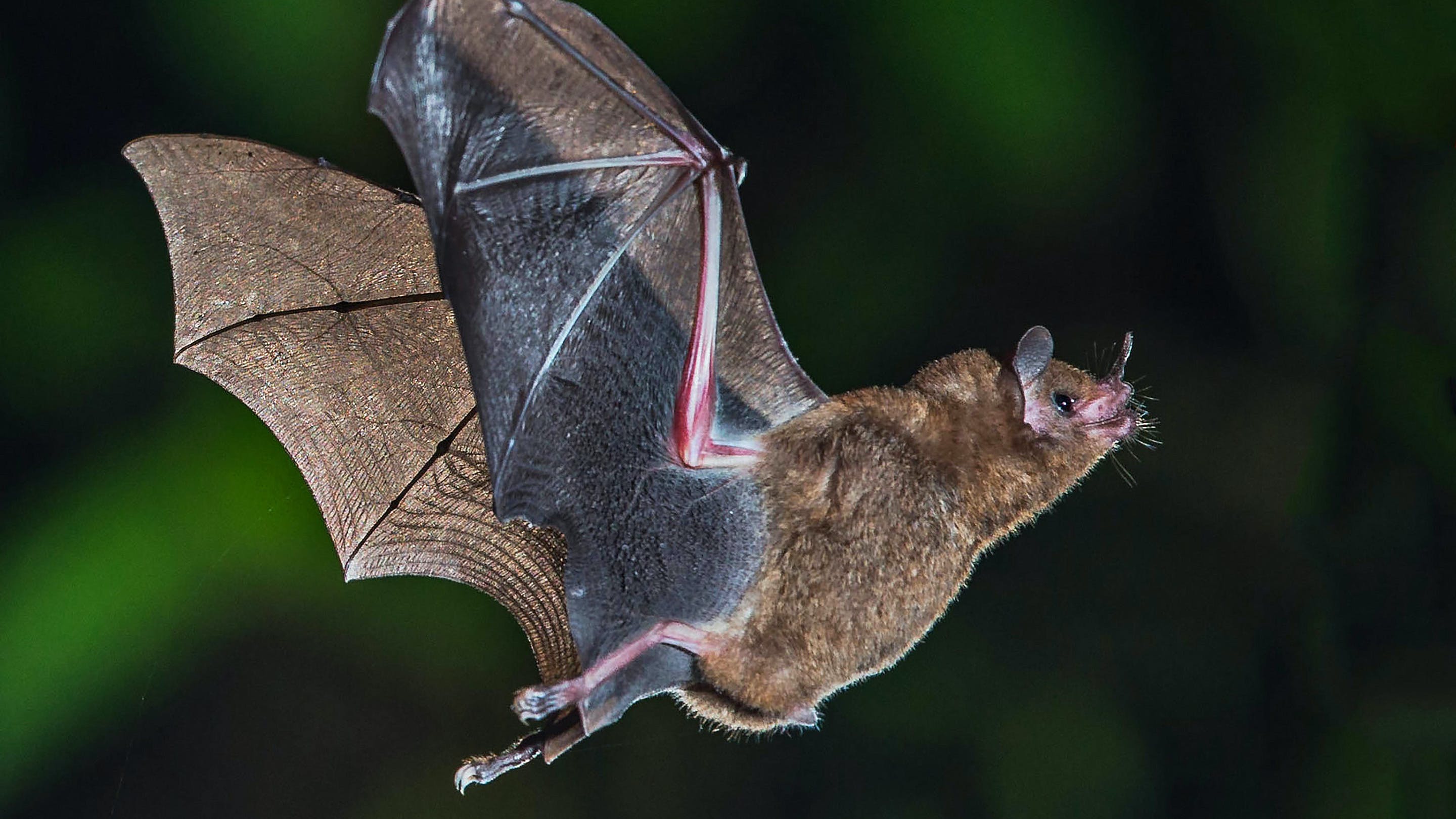 Scientists still debate whether the SARS-CoV-2 virus originated in a bat or a pangolin. But they are sure that this coronavirus is only the most recent example of a zoonosis—an infectious disease that passes from animals to humans. From HIV to Ebola virus, Nipah virus and bird flu, pathogens lurking in wildlife have repeatedly found a way to “spill over” into humans, as epidemiologists put it. Between 2009 and 2019, the U.S. Agency for International Development’s early-warning pandemic system, PREDICT, detected more than 1,000 new viruses with zoonotic potential in wild animals. The COVID-19 pandemic will not be the last one.

But what if we could prevent the next pandemic by stopping its spread in animals before it jumped to us? Could this be achieved with vaccines that spread through a wild population on their own? Some scientists think so.

In a July 2020 Nature Ecology & Evolution article, a pair of biologists at the University of Idaho argued for that approach. The idea of “self-disseminating” vaccines has floated through epidemiological circles for decades, conceived mainly as a tool for protecting the health of wildlife. But the mathematical biologist Scott Nuismer and the evolutionary biologist James Bull have refreshed the proposal with evidence from their own modeling and other experimental work, which suggests that self-disseminating vaccines could be a safe and practical way to head off zoonotic pandemics as well. The idea still has hurdles to clear before it can be put into practice, but researchers reached for comment were generally intrigued by its potential.

Vaccinating animals for their own health and for the protection of humans is commonly done on farms. But “it’s just super hard to vaccinate a wild population,” Nuismer said. Bats, foxes, raccoons, boars and other wildlife that harbor potential zoonotic infections tend to hide in remote places, so vaccinating enough of them to create herd immunity is not an easy feat.

Scientists have successfully used baited vaccines to manage rabies in foxes in Western Europe and raccoons in the United States. But those vaccines protect only the individual animals that eat them, and some animals that harbor pathogens, such as bats, don’t go for baits.

To get past these limitations, scientists have proposed creating self-disseminating vaccines that would naturally spread in wild populations. Nuismer and Bull discussed two kinds: transferable vaccines and transmissible ones.

A transferable vaccine can be given to a bat, for example, as a paste on its fur. Upon the animal’s return to its colony, other bats would groom it and get exposed to the vaccine too. The spread of this type of vaccine would be limited, but in Nuismer and Bull’s models, transferable vaccines could achieve high enough levels of immunization to potentially eradicate pathogens in wild populations.

Daniel Streicker, a disease ecologist at the University of Glasgow, validated this strategy in 2017 when he traveled to Peru with his team to test transferable vaccines in vampire bats to combat rabies, which is a significant cause of human death in South America. Even where few people get rabies, on farms “losing one or two cattle can really be devastating for families,” Streicker said.

He and his team located three bat colonies, each with 200 or more bats, and smeared the backs of 20 to 60 animals in each colony with a gel containing a biomarker that made their hair fluoresce if they ingested it. Days later, the scientists found that in two of the colonies, at least 84% of the bats glowed, which suggests that a transferable vaccine applied this way could immunize enough bats to reduce the frequency, size and duration of rabies outbreaks.

With enough funding, Nuismer thinks transferable vaccines could be used relatively soon. “We can definitely do that,” he said. Pandemic prevention aside, the use of this kind of vaccine could also provide more humane control of rabies, because culling bats is currently the go-to method of keeping the disease at bay in South America.

The second type of self-disseminating vaccine, the transmissible one, consists of live modified viruses that propagate a weakened form of a disease. They would be ideal for large wild populations because even just a few individual animals vaccinated with them could spread immunity widely.

However, as Nuismer, Bull and other researchers acknowledge, a poorly designed live virus could evolve after it was released and potentially become a pathogen again—the opposite of what researchers want. For that reason, recombinant vaccines, in which researchers insert a gene from a pathogen into an innocuous virus, might be most promising: If the inserted gene is lost through natural selection, then only the harmless vector is left. “The modeling suggests the approach could work extremely well,” Nuismer said.

“Whenever you’re dealing with a biological organism that you’re potentially thinking of releasing, then you need to err very heavily on the side of caution,” said Michael Jarvis of the University of Plymouth.

At least one real-world field study supports the idea that transmissible vaccines can be both safe and effective at eradicating a deadly disease in wildlife. In the 1990s, a team led by José Manuel Sánchez-Vizcaíno, a veterinarian then at the Animal Health Research Center in Madrid, created a recombinant live vaccine to protect rabbits from a lethal hemorrhagic disease. When they tested it on a small island off the coast of Spain, the vaccine seemed to spread to more than half of the local rabbit population.

Despite that apparent success, other field studies have not followed: According to Sánchez-Vizcaíno, transmissible vaccines have not drawn much interest from pharmaceutical companies because they look unprofitable. Nevertheless, he is working on a recombinant viral vaccine against African swine fever that would spread for only a few hours or days. With new molecular biology techniques, researchers can fine-tune vaccines to have predetermined lifetimes, which could eliminate concerns over unwanted mutations or ongoing evolution of the vaccine organism.

‘We Have to Stop Being Reactive’

Michael Jarvis, a virologist at the University of Plymouth, leads a group that has created vaccines against Ebola and tuberculosis with cytomegaloviruses, which he says offer a great deal of flexibility as vectors. Most cytomegaloviruses don’t cause disease, and each strain has evolved to infect only one species, so the risk of a cytomegalovirus vaccine jumping between species is very low. Transmissible vaccines, he said, “potentially solve a problem that we don’t have a solution for at present.”

However, safety and ecological concerns take priority. “Whenever you’re dealing with a biological organism that you’re potentially thinking of releasing, then you need to err very heavily on the side of caution,” Jarvis said.

In addition to working on safety, researchers will need to learn more about ways to spread vaccines in various species—particularly in animals that are less gregarious than bats. To identify good targets for this intervention, epidemiologists may need more or better information about which animal diseases are on the rise, and which ones have the greatest potential for spillover to humans. Funding for the PREDICT program ran out in 2019, however, and the Trump administration officially ended it in March 2020, although a six-month extension was granted to help study animal sources of the SARS-CoV-2 virus.

For Maria Elena Bottazzi, a vaccinologist at Texas Children’s Hospital and Baylor College of Medicine who is currently racing to produce a COVID-19 vaccine, the concept of self-disseminating vaccines to prevent spillovers “is definitely intriguing.” The effort could also help to highlight the interconnection between the health of humans, animals, plants and the environment as a whole. “We have to stop being reactive and [trying] to stop something in the middle of the crisis,” she said.

“If you look at the economics of it, it’s a no-brainer,” Streicker said. Governments and philanthropists around the world have invested billions in finding cures and vaccines for COVID-19. “Just imagine if we invested some tiny fraction of that intervention, and particularly into new strategies for prevention,” he said. “We could really make huge strides.”

Lead image: Bats and other wildlife sometimes carry infectious diseases that can “spill over” into the human population as zoonotic pandemics. Quelling those outbreaks in animal populations may be the best way to protect people. Credit: Andy Morffew