Can We Prove the World Isn’t a Simulation?

You might think we have definitive evidence we’re not in a simulation. That’s impossible. 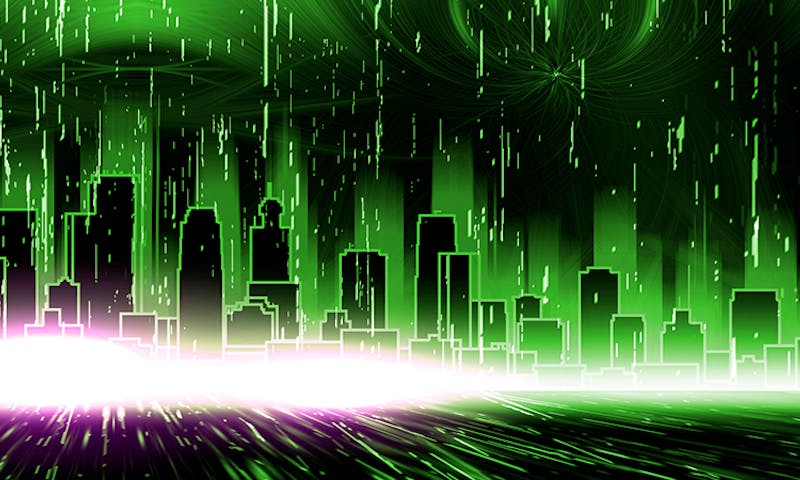 We need only set up the right simulation program and watch it go.

I will use the word sim for someone who is in a simulation. There are at least two sorts of sims. First, there are biosims: biological beings outside the simulation (in the spatial sense) and connected to it. Neo is a biosim. So is a brain in a vat, connected to a computer. A simulation that includes biosims is an impure simulation, since it includes elements (the biosims) that aren’t simulated.

There can also be mixed simulations, which contain both biosims and pure sims. Inside the Matrix, the leading characters Neo and Trinity are biosims, whereas the “machine” characters Agent Smith and the Oracle are pure sims. In the 2021 movie Free Guy, the main character, Guy (played by Ryan Reynolds), is a fully digital nonplayer character in a video game, while his in-game partner, Molotov Girl (played by Jodie Comer), is a video game player and designer with an ordinary life outside the game. So Guy is a pure sim, while Molotov Girl is a biosim.

As biological systems, bodies can be simulated.

Here’s another distinction. The global-simulation hypothesis says that the simulation simulates a whole universe in detail. For example, a global simulation of our universe will simulate me, you, everyone on Earth, planet Earth itself, the whole solar system, the galaxy, and everything beyond. The local simulation hypothesis says that the simulation simulates only a part of the universe in detail. It might simulate just me, or just New York, or just Earth and everyone on it, or just the Milky Way galaxy.

In the short run, local simulations should be easier to create. They require much less computational power. However, a local simulation has to interact with the rest of the world, and that can lead to trouble. In the 1999 movie, The Thirteenth Floor, the simulators simulated only Southern California. When the protagonist tried to drive to Nevada, he encountered signs saying “Road closed.” He kept going, and the mountains morphed into thin green lines. That’s not a good way to design a convincing simulation. If a local simulation is completely local, it cannot properly simulate interaction with the rest of the world.

To work well, local simulations will have to be flexible. To simulate me, simulators will have to simulate much of my environment. I talk to people elsewhere, see events taking place around the world on TV, and travel often. The people I meet interact with many others in turn. So a good simulation of my local environment will require a fairly detailed simulation of the rest of the world. The simulators may need to fill in more and more details as the simulation runs. For example, a simulation of the far side of the moon will need revision once spacecraft can photograph it and send pictures back to Earth. There might be some natural stopping points: Perhaps simulators could render Earth in detail and the solar system as they need to, with just a rudimentary simulation of the universe beyond?

Simulators could show us private episodes from our past.

Philosophers revel in distinctions. There are many more distinctions we could make. We could distinguish between temporary and permanent simulations (Do people enter the simulation for a brief period or spend their whole lives there?), perfect and imperfect simulations (Do we faithfully simulate all the laws of physics, or do we allow approximations and exceptions?), and pre-​programmed and open-​ended simulations (Is there a single course of events programmed in advance, or can various things happen depending on initial conditions and what the sims choose?). You can probably think of other distinctions, but we already have enough to go on.

Can you prove you’re not in a simulation? You might think you have definitive evidence that you’re not. I think that’s impossible, because any such evidence could be simulated.

Maybe you think the glorious forest around you proves that your world isn’t a simulation. But in principle, the forest could be simulated down to every last detail, and every last bit of light that reaches your eyes from the forest could be simulated, too. Your brain will react exactly as it would in the nonsimulated, ordinary world, so a simulated forest will look exactly like an ordinary one. Can you really prove that you aren’t seeing a simulated forest?

Maybe you think your darling cat could never be simulated. But cats are biological systems, and it seems likely that biological mechanisms can be simulated. With good enough technology, a simulation of your cat might be indistinguishable from the original. Do you really know that your cat isn’t a simulation?

Maybe you think the creative or loving behavior of the people around you could never be simulated. But what goes for cats goes for people. Human biology could well be simulated. Human behavior is caused by the human brain, and the brain seems to be a complicated machine. Do you really know that a full simulation of the brain could not reproduce all this behavior in detail?

Maybe you think your own body could never be simulated. You feel hunger and pain, you move around, you touch things with your hands, you eat and drink, you’re aware of your own weight in a way that seems viscerally real. But as biological systems, bodies can be simulated. If your body is simulated so well that it sends exactly the same signals to your brain, your brain wouldn’t be able to tell the difference.

Maybe you think your consciousness could never be simulated. You have subjective experience of the world from a first-​person perspective: You experience colors, pains, thoughts, memories. It feels like something to be you. No mere simulation of a brain would experience this consciousness!

This issue—​the issue of consciousness and whether a simulation could have it—​is harder than the others. For now, we can set the issue of consciousness aside by focusing on impure simulations—​that is, Matrix-​style simulations in which you’re a biosim connected to the simulation. Biosims are not themselves simulated. They have ordinary biological brains which will presumably be conscious like ours. Whether you’re an ordinary person or a biosim whose brain is in the same state, things will look and feel the same to you. If so, we can never prove we’re not living in a simulation.

What about the other way around? Could we prove we are in a simulation? In The Matrix, Neo realized he’d been living in a simulation when he took the red pill and woke up in a different reality. He shouldn’t have been so sure. For all he knows, his old world was nonsimulated and the red pill plunged him into a simulation.

David J. Chalmers is University Professor of Philosophy and Neural Science and codirector of the Center for Mind, Brain and Consciousness at New York University. His new book exploring these ideas is Reality+: Virtual Worlds and the Problems of Philosophy. He’s the author of The Conscious Mind, The Character of Consciousness, and Constructing the World.

For more on the simulated world, read our interview with David J. Chalmers.