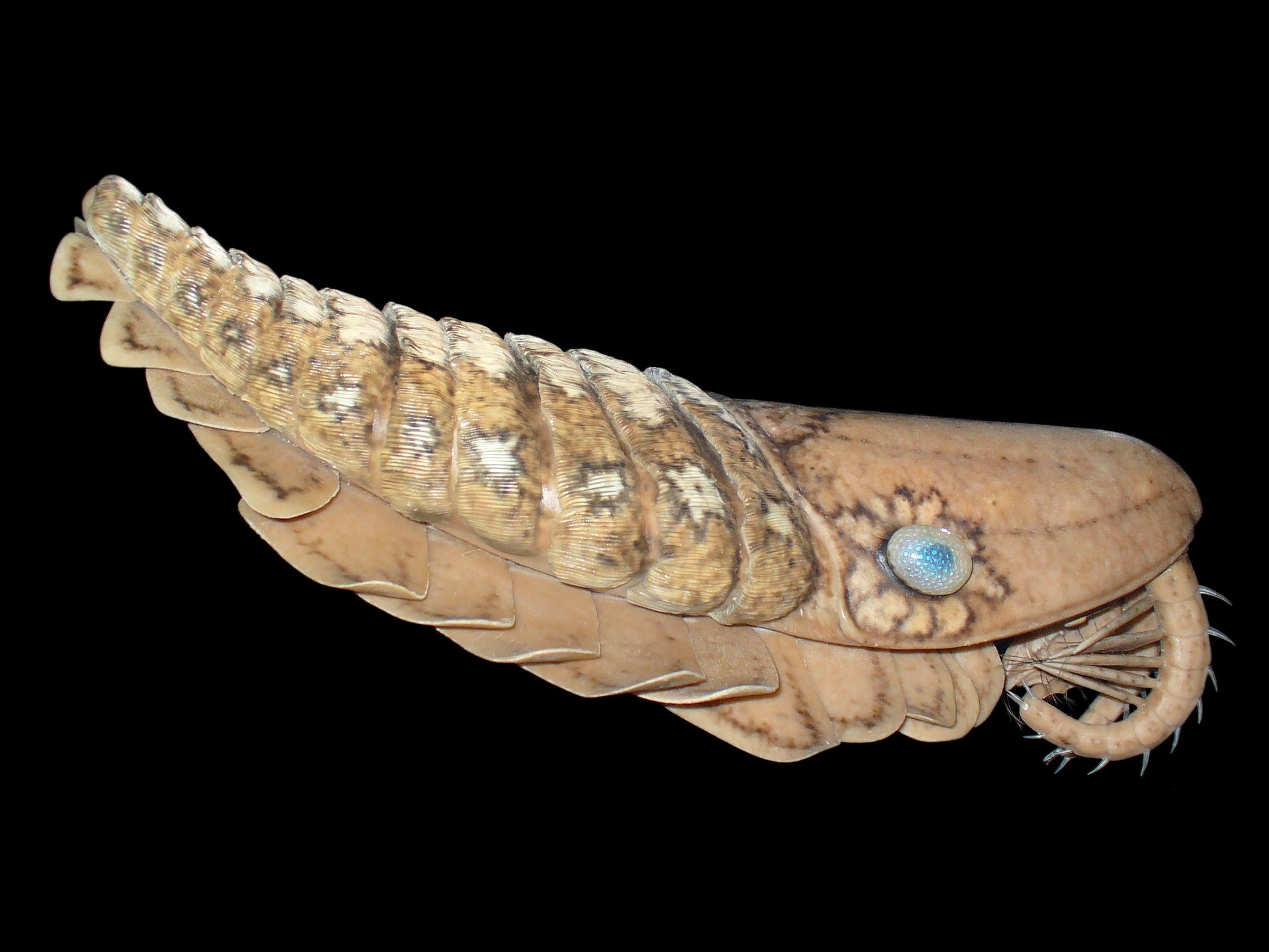 Approximately 540 million years ago, life rapidly diversified in an evolutionary burst—a biological “Big Bang” that witnessed the emergence of nearly every modern animal group. Scientists have long sought to determine what caused the Cambrian explosion, and to explain why animal life didn’t take this step at any point about a billion years earlier.

The most popular narrative puts oxygen front and center. The geological record shows a clear link, albeit an often subtle and complicated one, between rises in oxygen levels and early animal evolution. As Quanta reported earlier this month, many researchers argue that this suggests low oxygen availability had been holding greater complexity at bay—that greater amounts of oxygen were needed for energy-demanding processes like movement, predation, and the development of novel body plans with intricate morphologies.

“It’s a very attractive, intuitive explanation,” said Nicholas Butterfield, a paleobiologist at the University of Cambridge. “And it’s wrong.”

Butterfield—“a lone voice in the wilderness,” he calls himself—has what many others might consider an unusual take on the oxygen story. He’s essentially turned the idea on its head. According to his theory, changes in environmental conditions weren’t the cause, but rather the consequence, of animals migrating and perturbing their surroundings. “We have to appreciate that animals have a powerful, powerful impact on the carbon cycle and on how everything goes around,” he said.

In a paper published in the January issue of Geobiology, Butterfield braided fluid dynamics and ecology to present his case for animals driving oxygenation instead of the other way around. First, he argued, if there was enough oxygen to power unicellular eukaryotes 1.6 billion years ago—which was indeed the case—then there would have been enough to run a whole assortment of animals. He believes early multicellular organisms would have consisted of flagellated cells moving in unison, collectively whipping their appendages to create currents that would have made it easier for them to obtain dissolved oxygen. “I make the case that if there’s enough oxygen to run a single-celled eukaryote, there’s enough oxygen to run a fish,” Butterfield said. “So oxygen limitation cannot be invoked to explain the billion-year delay in the evolution of animals.”

Instead, his hypothesis focuses on diurnal vertical migration, a daily process during which sundry organisms, ranging in size and complexity from zooplankton and sponges to fish and squids, migrate between shallow and deeper waters to find food and avoid predators. By feeding up above and metabolizing down below, the animals scrub and help ventilate the ocean, raising oxygen concentrations at the surface while driving anoxic regions to greater depths. This redistribution of oxygen would also have improved the transparency of the water column, allowing light to penetrate farther down and escalating predators’ reliance on vision at deeper and deeper levels when hunting. The subsequent evolution of larger, deeper-diving visual predators would then have pushed the “oxygen minimum zones” to even lower depths, creating a feedback loop.

Eventually, this cascading interplay between animals’ inadvertent re-engineering of ocean structure and their adaptive responses to those changes reached a tipping point. “The system went critical,” in Butterfield’s words, resulting in the sudden eruption of animal diversity and complexity during the Cambrian.

The delayed appearance of animals in the ocean was therefore not caused by a lack of oxygen, according to Butterfield, but rather because blind Darwinian evolution needed time to arrive at that tipping point. “The gene regulatory network to build an animal is the most complex algorithm that evolution has ever produced,” he said. “And it’s only ever happened once, [just as] it’s only ever happened once in land plants,” which he points out are the only other lineage of organisms to have derived differentiated tissues, organs, and organ systems. “And that took even longer. It followed the evolution of animals by another 100 million years.”

Not everyone is convinced. Timothy Lyons, a geologist at the University of California, Riverside, thinks that multiple independent lines of evidence point to oxygen in the environment as the trigger for the evolutionary cascade Butterfield describes. For example, most major extinction events were tied to low oxygen, he said, and oxygen levels fluctuated throughout the time leading up to the Cambrian (as well as in later eras). Those periods of lower oxygen “planted the seeds” for innovations that allowed certain organisms to take advantage of oxygen more efficiently. When oxygen later rebounded, natural selection would have favored those adaptations and enabled animals with them to blossom and diversify.

Moreover, Lyons and Charles Diamond, a graduate student in Lyons’ lab, find key pieces of evidence to counter Butterfield’s story. They have identified other conditions, not attributable to animals, that would have caused increases in oxygen at exactly the same time as the rapid animal diversification events Butterfield cited. An enormous variety of large fish emerged later, for example, during the Devonian Period (the “Age of Fishes” that started about 419 million years ago), when trees and other vascular plants arose on the continents. Those land plants by themselves greatly increased the amount of oxygen in both the atmosphere and the ocean, Lyons and Diamond said. The timing of the two events casts doubt on Butterfield’s claim that it was newly evolved fish causing the rise in oxygen and not vice versa, Diamond added. “Otherwise, it would have been too much of a coincidence.”

Butterfield disagrees. “Yes, the rise of vascular land plants may have impacted oxygen availability. That’s the standard textbook view,” he wrote in an email. “But it’s based on a bunch of unestablished assumptions”—such as that atmospheric oxygen was previously too low (he thinks the proxy-based measurements of atmospheric oxygen are intrinsically flawed, and that oxygen could have been much higher than estimated) and that it would have been the limiting factor in how large fish evolved. “I am arguing that none of these hold water.”

Notwithstanding those disagreements, Lyons and Diamond do find Butterfield’s ideas—that the evolution of such great complexity was the result of intrinsic biological development, what Butterfield has called an “evolutionary random walk”—to be much more feasible in the case of land plants. Their emergence “couldn’t have been a response to oxygen or carbon dioxide,” Lyons said. But he and Diamond don’t think that explanation can be fairly applied to animals.

For now, Butterfield wants to obtain further support for his theory by looking at how modern extinctions affect vertical migration. As the largest, deepest-diving predators are wiped out, the oxygen minimum zones should rise and precipitate further extinctions, he said. That’s something he can explore in modern oceans, as global climate change wreaks havoc on marine ecosystems.

As for what may have happened millions of years ago during the Cambrian—“Well, at this point the relationship between oxygen and animals is clear,” Lyons said, “but it goes back to the classic chicken-or-the-egg argument.”

Lead image: According to one unorthodox theory, the evolution of diverse, complex animals that fed in shallow waters and then returned to greater depths each day helped to oxygenate the ocean during the Cambrian Period. Pictured here is a species of anomalocaridid, one of the Cambrian’s top marine predators. Credit: Model created by Espen Horn, København, Danmark for Hessisches Landesmuseum Darmstadt, and Staatliches Museum für Naturkunde Karlsruhe, Germany. Photo: H. Zell