Dark Matter May Show Quantum Effects on a Galactic Scale

This weird type of dark matter would also puff up galaxies and make stars age prematurely. 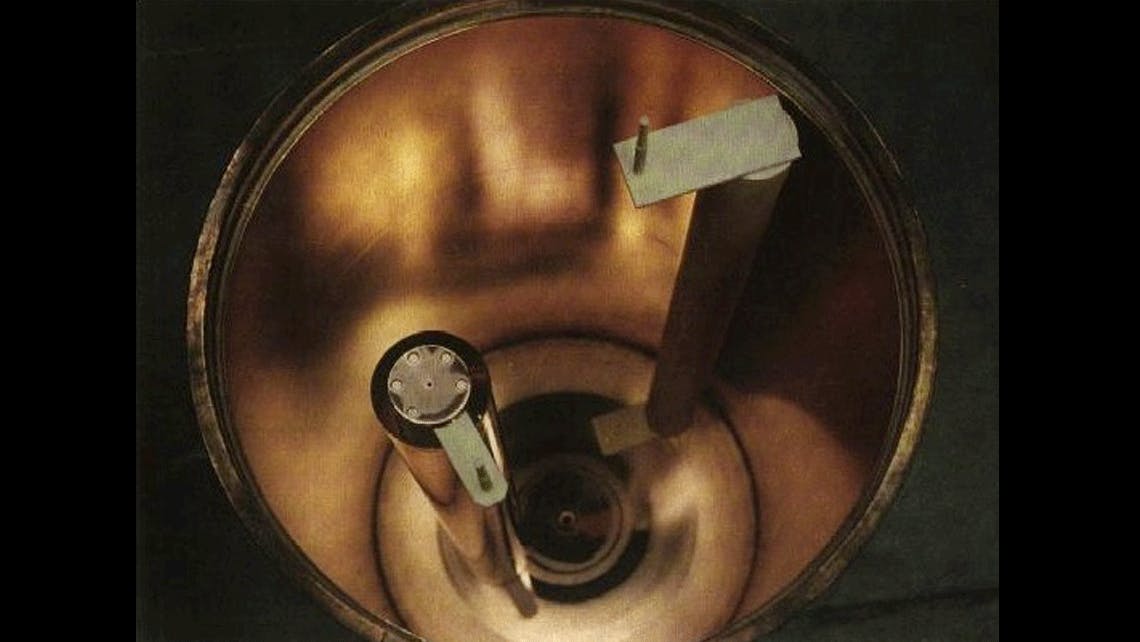 An axion is a theoretical particle named after a laundry detergent. As particles go, it is a strange one. Its mass is tiny—somewhere between one trillionth the mass of the proton and one billion-trillion-trillionth. It is so lightweight, in fact, that it doesn’t even behave as a particle, but as a wave that could straddle a galaxy. It is also feeble—its influence extends over an almost absurdly short distance, a millionth of what the Large Hadron Collider is able to discern. These short distances stem from the possible relation between axions and very high energy physics, possibly even quantum gravity.

When I first heard of the axion, I had no idea it would become my life’s work. I was a new grad student looking for a starter project, and I came across a paper with such a peculiar title that I couldn’t help but read it: “String Axiverse.” It was written by a group of people including John March-Russell, a theoretical physicist in my department at Oxford. Speaking to John and cosmologist Pedro Ferreira (who both later became my Ph.D. advisors), I realized that the axion was just what I wanted to work on: a fascinating theoretical construct, but with direct connection to the exciting modern progress in cosmology.

An unknown particle that may exist in profusion: the axion is an ideal candidate for dark matter. But it is a very different beast than we’re used to thinking about, requiring us to go about the search for dark matter in a different way.

The Nobelist Frank Wilczek gave the axion its name because it cleaned up a problem in the Standard Model of particle physics. In the 1970s, he and others puzzled over a mismatch between the two forces that govern atomic nuclei: the strong and weak nuclear forces. The strong force has a symmetry in its workings that the weak lacks, even though, a priori, there is no reason it should. Helen Quinn and Robert Peccei proposed that the force is not innately symmetrical, but develops this symmetry under the action of a new field akin to the Higgs field. The axion particle is a remnant of this field.

To play its role, the axion must be extremely lightweight. For our current theories, that is awkward, because it creates an enormous gulf between this particle and all the others. But the low mass is entirely natural in string theory, our leading candidate for a unified theory of nature. String theory predicts there is not just one type of axion, but there are typically 30 or more different kinds, and it predicts that their masses are spread out over a wide range. Some therefore must be lightweight. String theory is often criticized for not making testable predictions, but that’s not quite right, because the theory does predict axions. Although I wouldn’t claim that discovering lots of axions would be evidence for string theory, I think it is fairly safe to say that, according to almost any theory other than string theory, it would be surprising if we discovered large numbers of them.

If axion dark matter exists, it is completely invisible to a conventional experiment.

Axions are like other candidates for dark matter in that they are dark—they have no electric charge and therefore do not emit or absorb light—and interact very weakly with ordinary matter. But there the resemblance stops. Compare it to the most commonly discussed type of dark matter, the WIMP, or weakly interacting massive particle. It is a so-called thermal relic, which, according to theory, is produced the same way as protons, neutrons, and atomic nuclei: from the collisions between particles in the hot, dense, early universe. Given the amount of missing mass that astronomers infer, this production mechanism for WIMPs sets their mass and interaction strength: 100 times the mass of the proton (hence “massive”) with an interaction strength roughly equal to the weak nuclear force (hence “weakly interacting”). These would be lumbering particles, and that is just what astronomers need to explain the distribution of galaxies. If they exist, we should be able to detect them in particle detectors similar to those we use to detect neutrinos, and we should even be able to produce them ourselves by mimicking those hot, dense conditions in the Large Hadron Collider.

Axions, in contrast, have a different origin story. Their production is determined not by the temperature of the plasma in the early universe, but gravitationally, by the expansion of space in the big bang. This production mechanism sets their mass and interaction strength, which are vastly different from those of WIMPs.

Axions would interact with ordinary matter to a limited degree, but only by a unique set of interactions. For this reason, if axion dark matter exists, it is completely invisible to a conventional experiment such a WIMP detector or even the Large Hadron Collider.

The poster-child axion direct-detection experiment is ADMX, which operates at the University of Washington and relies on a concept invented by Pierre Sikivie in 1983. Though “dark”, axions do interact with electromagnetism in other ways and, in the presence of a magnetic field, can metamorphose into photons or vice versa. ADMX attempts to perform the metamorphosis inside a microwave radio-frequency cavity like those used in radar equipment and microwave relay stations. So far ADMX have observed nothing, but it is sensitive only to axions whose wavelengths are comparable to the size of the cavity, and it has still not completed its full search program. Proposed experiments such as MADMAX and CASPEr would probe a much wider range of wavelengths.

In principle, axions might have shown up in experiments intended for other purposes. With colleagues at the University of Sussex, the Swiss Federal Institute of Technology, and the University of New South Wales, as well as two talented grad students, Nicholas Ayres and Michał Rawlik, I have been digging through the archives of the nEDM experiment, which ran for a number of years at the Institut Laue-Langevin in France and is now at the Paul Scherrer Institute in Switzerland. It has been measuring neutrons, which would oscillate in a particular way if a galactic axion wave happened to pass through it, and we are reanalyzing the data to look for this signal.

In this field, there’s room for young theorists such as me to make headway.

If axions exist, stars would produce them naturally. Some of the photons produced during nuclear fusion in the core could metamorphose into axions, and they would escape the star more readily than photons do. This would drain the star of energy and cause it to age faster. Astronomers have been combing through star clusters for stars that look older than they actually are, and they have found no evidence of extra cooling. This null result sets limits on how strongly axions can interact with the constituents of stars.

With my colleagues Dan Grin and Renée Hložek, I have also been searching for axions in cosmological data. Their wavelike properties might give them away. Over distances smaller than the axion wavelength, multiple axion waves would overlap and interfere with one another, causing them to exert an outward pressure and puff up galaxies. And indeed astronomers do find that galaxies are less clumpy than WIMPs should cause them to be (although there are many possible explanations for this, not just axions). My colleagues and I have been exploring this idea further by combining galaxy data with cosmic microwave background radiation measurements, as well as conducting simulations of galaxy formation with axion dark matter.

Finally, axions would alter what happened during cosmic inflation, the primeval period when the universe was expanding at a breakneck rate. Cosmologists generally think the inflationary process created a torrent of gravitational waves, but if dark matter is made of axions, it would have generated very few. So, the discovery of primordial gravitational waves could be taken as falsification of the axion idea, at least in a wide range of models. (If we ever detected both axion dark matter and these gravitational waves, then something would be wrong with standard inflationary theory.)

Only a small band of devotees have given much thought to axions. That makes it a fun field to be working in. There’s room for young theorists such as me to make headway and feel like we’re adding to the understanding of the community, which is much harder to do in a more mature field such studying WIMPs.

It should be said that there is room in the universe for both axions and WIMPs. Both have a firm grounding in fundamental physics and in cosmology, and both may exist out there. For me, one of the benefits of thinking about axions is that they force to think beyond WIMPs. If all we ever do is study and simulate WIMPs because it is relatively easy, as a community we run the risk of confirmation bias, where WIMPs always come up trumps because they are all we know. Thankfully, that doesn’t seem to be how the field of dark-matter research is going. People are exploring a huge range. Dark matter is out there and discovering it is just a matter of time. When we do discover it, whatever it is, it will revolutionize our ideas of particle physics and cosmology.