Once missing in action, middleweight black holes have finally been detected. Now researchers are trying to figure out how they grow from small ones. 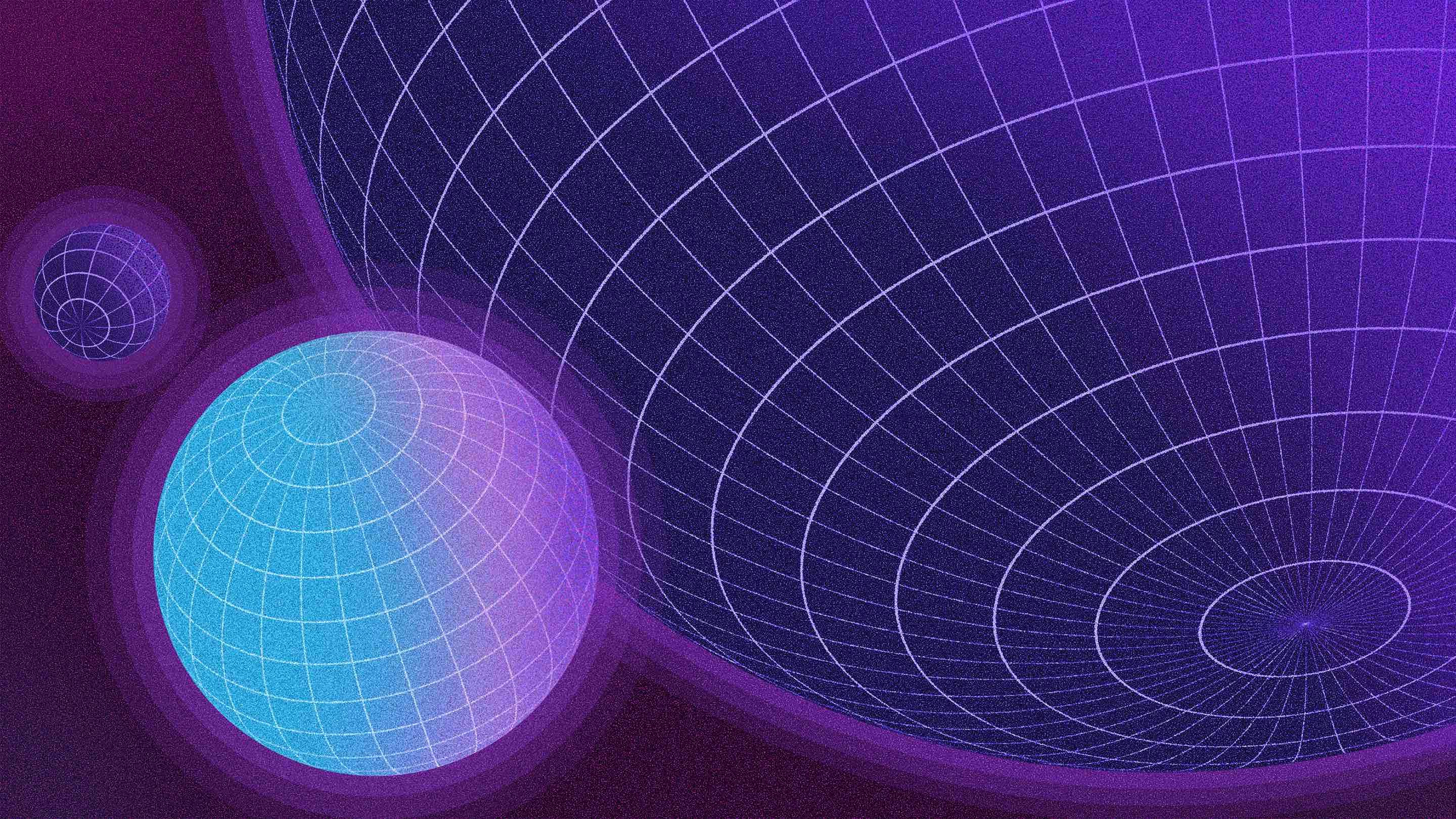 Until recently, black holes—those celestial spheres so dense that not even light can escape their gravitational pull—only seemed to come in size small or XXL. Astrophysicists inferred the presence of small “stellar” black holes weighing up to about 50 times the mass of the sun, as well as gargantuan black holes millions or billions of times heavier that sit in the centers of galaxies.

“It’s like seeing infants and then seeing adults, but you don’t see the teenagers,” said Priyamvada Natarajan, an astrophysicist at Yale University.

Then, on May 21, 2019, midsize black holes were unambiguously detected for the first time when the U.S.-based Laser Interferometer Gravitational-Wave Observatory (LIGO) and its European counterpart Virgo captured the tremor from a pair of black holes merging in the depths of space. According to their analysis, the pair weighed 66 and 85 solar masses.

Since the finding became official in September of 2020, a debate has developed. The question is how intermediate-size black holes arise. Smaller black holes might grow to middleweight by guzzling gas and dust. Or they might inflate by consuming one another, enlarging with each successive merger. “Whether one of these processes is relevant, or both, is unclear,” said Imre Bartos, a physicist at the University of Florida. The genesis of intermediate-size black holes matters because it intersects with a number of other astrophysical plotlines.

What’s certain is that the 66- and 85-solar-mass black holes must have grown somehow, because they couldn’t have formed at those sizes from the gravitational collapse of stars.

Near the end of large stars’ lives, they fuse hydrogen in their cores into heavier and heavier elements. But once they reach iron, less energy comes out of fusion than goes in, and fusion stops. Unable to hold up the star’s weighty outer layers, the dense core gravitationally collapses, triggering a spectacular supernova explosion and leaving behind an ultra-compact and heavy remnant: the black hole.

At least, that’s the case for stars up to a certain size. If the core of an enormous star is between 65 and 135 times the sun’s mass, it can reach astounding temperatures of nearly 300 million degrees Celsius, causing particles of light to spontaneously convert into pairs of electrons and positrons. With the disappearance of radiation pressure, the bulky outer layers gain the upper hand and fall inward with even greater ferocity than they do in a typical supernova. The entire core detonates like a bomb, completely incinerating the star and leaving nothing in its wake.

Cores between about 50 and 65 solar masses undergo a series of partial explosions until they drop below the range where electron-positron formation occurs; they then gravitationally collapse into black holes. This means that, theoretically, black holes with between 50 and 135 solar masses can’t be created by stars.

Yet even before the recent detection, many astrophysicists suspected that black holes in that forbidden range should exist. This is because they hypothesized that stellar black holes might grow into the supermassive ones that anchor galaxies by passing through a middle stage.

Natarajan, who has long worked on intermediate-mass black hole growth models, collected her latest ideas in a paper posted online on September 19, 2020. She favors scenarios where small black holes are born in nuclear star clusters, dense collections of stars found near galactic centers. These initial pipsqueak black holes sweep through the cluster, growing fat on gas and dust, until they settle at a single location and stop gaining weight. Depending on how much material the cluster contains and how long the black hole wanders, intermediate entities with a wide range of final masses could develop, including potentially both of the black holes detected by LIGO/Virgo.

But Bartos and other researchers working on “hierarchical merger” models, in which black holes grow by eating one another rather than by accruing gas and dust, point to one major supporting detail in the LIGO/Virgo data.

Black holes can have angular momentum, or “spin,” that ranges between extremes designated 0 and 1. When two similar-size black holes combine, the spin of the resulting black hole is most likely to be around 0.7. The final black hole produced in the merger seen by LIGO/Virgo, for instance, had a spin of 0.72. But, tellingly, the two black holes involved in the merger had similar spins, pegged at 0.69 and 0.73, suggesting that they might have each formed in previous mergers.

“It looks like this event is consistent with the idea that black holes merge repeatedly,” said Emanuele Berti, an astrophysicist at Johns Hopkins University who studies hierarchical mergers.

On the other hand, Berti notes that gas and dust accreting onto black holes should also affect their spins. Material falling into a black hole theoretically forms a rotating disk as it drains toward the central point, and this disk’s rotation can transfer to the hole. The details of this process have yet to be fully worked out, but infalling material could in principle be responsible for the observed spins. “We cannot conclude in all honesty that this was a second-generation merger,” Berti said.

There’s another possible mark against the multi-merger theory: When two black holes with unequal masses orbit one another, Berti explained, they spray gravitational waves the way a rotating sprinkler sprays water, rather than radiating the waves symmetrically in all directions. “Then, at the moment of the merger, you shut off the water,” Berti said. “The gravity waves go one way and the [resulting black hole] goes another.” The black hole could end up moving with a speed of tens of millions of kilometers per hour, rapidly escaping whatever environment it’s in. Slowing it down enough for another merger would be difficult.

Black holes that form in nuclear star clusters, Natarajan’s preferred birthplace, would be less liable to rocket off from gravitational kicks. That’s because such clusters occur in the vicinity of supermassive black holes, whose colossal influence could rein in speedy objects and potentially allow black holes to meet partners.

“I think for now there’s a lot of different possible formation channels,” said Laura Blecha, a theoretical astrophysicist at the University of Florida. “That might be a different story even six months from now with new models or new LIGO detections.”

Though the gravitational wave observatory is currently shut down due to the ongoing COVID-19 pandemic, upgrades over the next few years should increase its detection rate from roughly one black hole merger per week to one every hour.

“There’s going to be an explosion of these events,” said Bartos.

In the meantime, the current crop of data will continue to give astronomers lots to chew over. In late October of 2020, a reanalysis of LIGO/Virgo’s data by outside astronomers suggested that the merger in question might have involved two black holes of extremely unequal weight—something like 16 and 166 times the sun’s mass, instead of 66 and 85 solar masses. If so, then both black holes could have arisen from stellar collapse, since their masses straddle the forbidden range. They needn’t have grown at all. Such a possibility would still require some explaining, though, since the heftier partner would have arisen from an unusually huge star. It all goes to show that researchers have only begun to peek into a previously invisible domain.