Scientists have never been able to adequately explain where lightning comes from. Now the first detailed observations of its emergence inside a cloud have exposed how electric fields grow strong enough to let bolts fly. 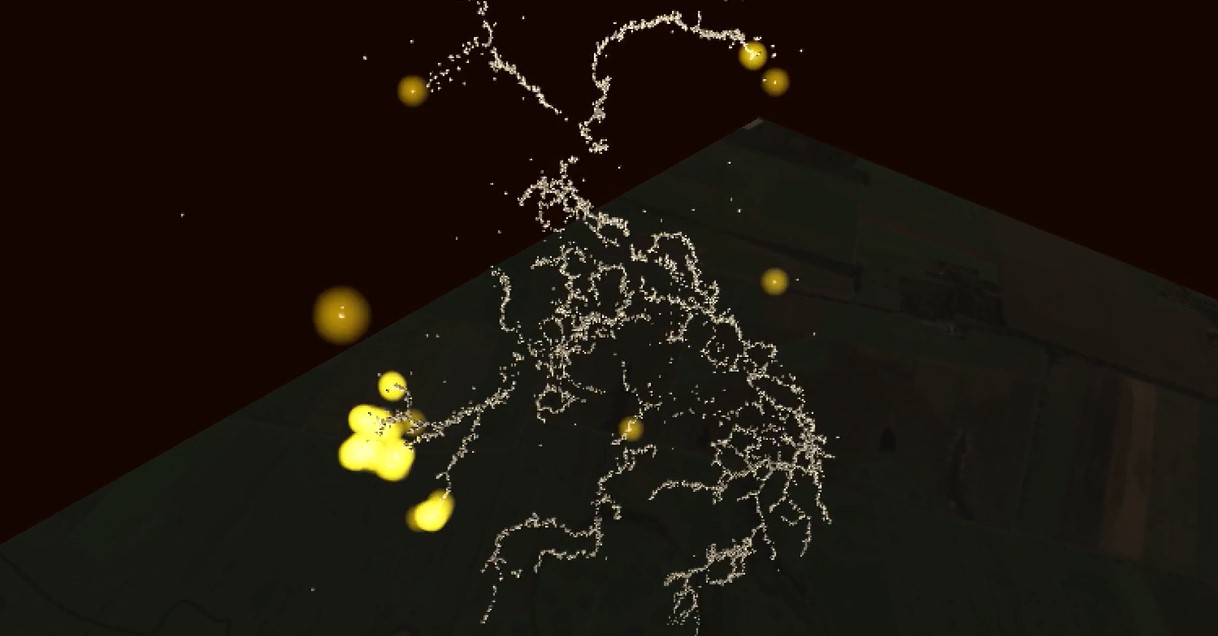 During a summer storm in 2018, a momentous lightning bolt flashed above a network of radio telescopes in the Netherlands. The telescopes’ detailed recordings, which were processed only recently, reveal something no one has seen before: lightning actually starting up inside a thundercloud.

In a preprint paper in the journal Geophysical Research Letters, researchers used the observations to settle a long-standing debate about what triggers lightning—the first step in the mysterious process by which bolts arise, grow and propagate to the ground. “It’s kind of embarrassing. It’s the most energetic process on the planet, we have religions centered around this thing, and we have no idea how it works,” said Brian Hare, a lightning researcher at the University of Groningen and a co-author of the paper.

Yet the electric fields inside clouds are about 10 times too weak to create sparks. “People have been sending balloons, rockets and airplanes into thunderstorms for decades and never seen electric fields anywhere near large enough,” said Joseph Dwyer, a physicist at the University of New Hampshire and a co-author on the paper who has puzzled over the origins of lightning for over two decades. “It’s been a real mystery how this gets going.”

A big impediment is that clouds are opaque; even the best cameras can’t peek inside to see the moment of initiation. Until recently, this left scientists little choice but to venture into the storm—something they’ve been trying since Benjamin Franklin’s famous kite experiment of 1752. (According to a contemporaneous account, Franklin attached a key to a kite and flew it beneath a thundercloud, observing that the kite became electrified.) More recently, weather balloons and rockets have offered snapshots of the interior, but their presence tends to interfere with the data by artificially creating sparks that wouldn’t naturally occur. “For a long time we really have not known what the conditions are inside a thunderstorm at the time and location that lightning initiates,” said Dwyer.

So Dwyer and his team turned to the Low Frequency Array (LOFAR), a network of thousands of small radio telescopes mostly in the Netherlands. LOFAR usually gazes at distant galaxies and exploding stars. But according to Dwyer, “it just so happens to work really well for measuring lightning, too.”

When thunderstorms roll overhead, there’s little useful astronomy that LOFAR can do. So instead, the telescope tunes its antennas to detect a barrage of a million or so radio pulses that emanate from each lightning flash. Unlike visible light, radio pulses can pass through thick clouds.

Using radio detectors to map lightning isn’t new; purpose-built radio antennas have long observed storms in New Mexico. But those images are low-resolution or only in two dimensions. LOFAR, a state-of-the-art astronomical telescope, can map lighting on a meter-by-meter scale in three dimensions, and with a frame rate 200 times faster than previous instruments could achieve. “The LOFAR measurements are giving us the first really clear picture of what’s happening inside the thunderstorm,” said Dwyer.

A materializing lightning bolt produces millions of radio pulses. To reconstruct a 3D lightning image from the jumble of data, the researchers employed an algorithm similar to one used in the Apollo moon landings. The algorithm continuously updates what’s known about an object’s position. Whereas a single radio antenna can only indicate the rough direction of the flash, adding data from a second antenna updates the position. By steadily looping in thousands of LOFAR’s antennas, the algorithm constructs a clear map.

When the researchers analyzed the data from the August 2018 lightning flash, they saw that the radio pulses all emanated from a 70-meter-wide region deep inside the storm cloud. They quickly inferred that the pattern of pulses supports one of the two leading theories about how the most common type of lightning gets started.

One idea holds that cosmic rays—particles from outer space—collide with electrons inside thunderstorms, triggering electron avalanches that strengthen the electric fields.

The new observations point to the rival theory. It starts with clusters of ice crystals inside the cloud. Turbulent collisions between the needle-shaped crystals brush off some of their electrons, leaving one end of each ice crystal positively charged and the other negatively charged. The positive end draws electrons from nearby air molecules. More electrons flow in from air molecules that are farther away, forming ribbons of ionized air that extend from each ice crystal tip. These are called streamers. 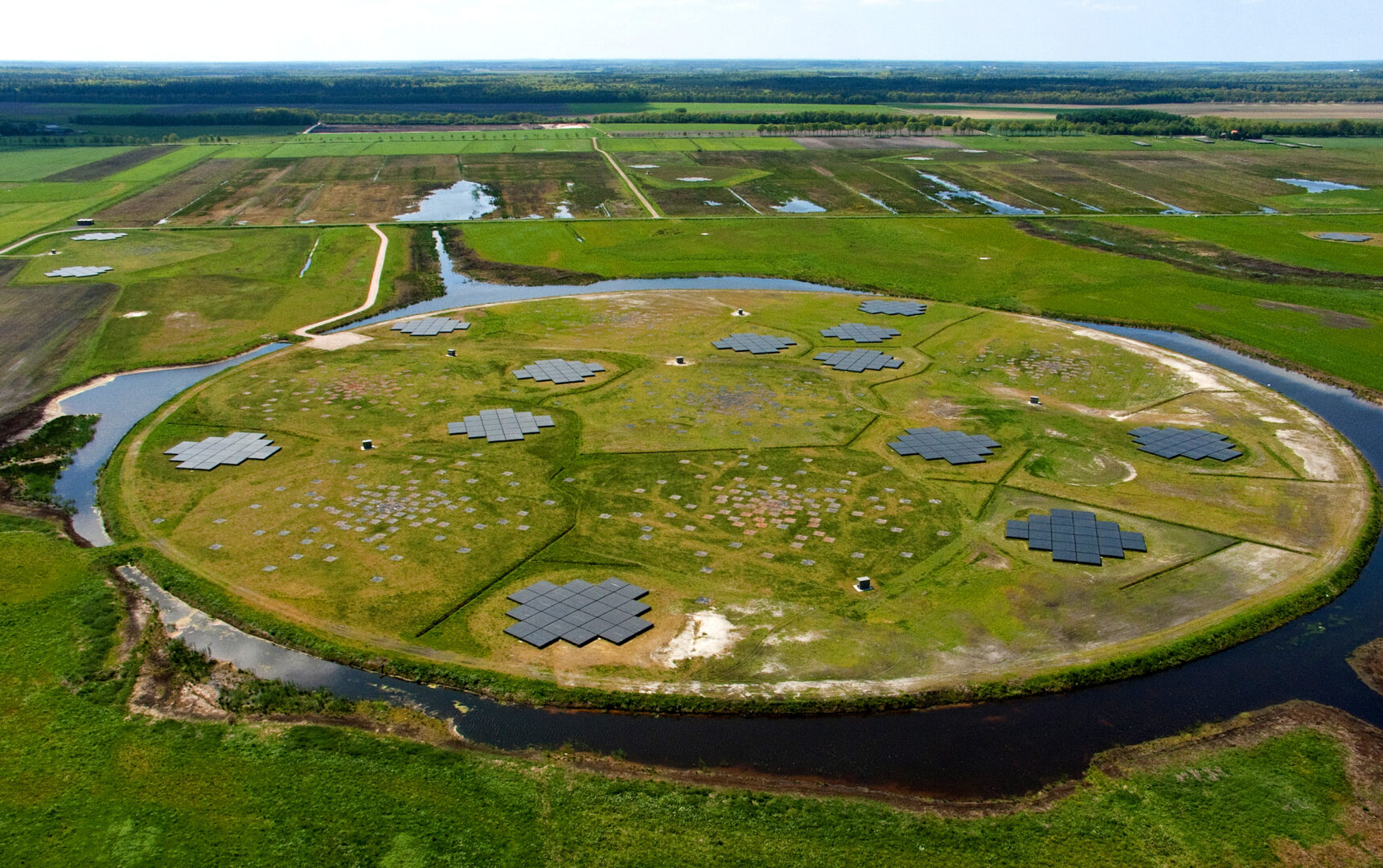 Each crystal tip gives rise to hordes of streamers, with individual streamers branching off again and again. The streamers heat the surrounding air, ripping electrons from air molecules en masse so that a larger current flows onto the ice crystals. Eventually a streamer becomes hot and conductive enough to turn into a leader—a channel along which a fully fledged streak of lightning can suddenly travel.

“This is what we’re seeing,” said Christopher Sterpka, first author on the new paper. In a movie showing the initiation of the flash that the researchers made from the data, radio pulses grow exponentially, likely because of the deluge of streamers. “After the avalanche stops, we see a lightning leader nearby,” he said. In recent months, Sterpka has been compiling more lightning initiation movies that look similar to the first.

The key role of ice crystals dovetails with recent findings that lightning activity dropped by more than 10% during the first three months of the COVID-19 pandemic. Researchers attribute this drop to lockdowns, which led to fewer pollutants in the air, and thus fewer nucleation sites for ice crystals.

“The steps set by LOFAR are certainly very significant,” said Ute Ebert, a physicist at Eindhoven University of Technology in the Netherlands who studies lightning initiation but was not involved in the new work. She said LOFAR’s initiation movies offer a framework from which to build accurate lightning models and simulations, which until now have been held back by a lack of high-resolution data.

Ebert notes, however, that despite its resolution, the initiation movie described in the new paper does not directly image ice particles ionizing the air—it only shows what happens immediately afterward. “Where is the first electron coming from? How does the discharge start near to an ice particle?” she asked. Few researchers still favor the rival theory that cosmic rays directly initiate lightning, but cosmic rays could still play a secondary role in creating electrons that trigger the first streamers that connect to ice crystals, said Ebert. Exactly how streamers turn into leaders is also a “matter of great debate,” said Hare.

Dwyer is hopeful that LOFAR will be capable of resolving these millimeter-scale processes. “We’re trying to see those first little sparks that come off [ice crystals] to capture the initiation action right at the very beginning,” he said.

Initiation is just the first of many intricate steps that lightning takes on its way to the ground. “We don’t know how it propagates and grows,” said Hare. “We don’t know how it connects to the ground.” Scientists hope to map the whole sequence with the LOFAR network. “It’s an entirely new capability, and I think it will increase our understanding of lightning in leaps and bounds,” said Julia Tilles, a lightning researcher at Sandia National Laboratories in New Mexico.

Lead image and video: In this animation of a lightning flash recorded by the LOFAR radio telescope network, each dot is the location of a radio source. The flash, which is 5 kilometers wide, grew out of a small region of the cloud measuring tens of meters across. Credit: Brian Hare