Our big-brained noggins require us to be born early so we can squeeze through a tight birth canal. 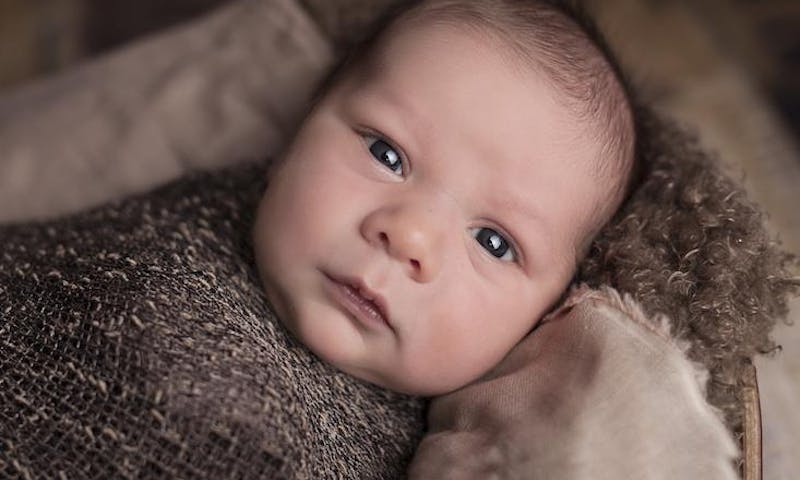