Do Brains Operate at a Tipping Point? New Clues and Complications

New experimental results simultaneously advance and challenge the theory that the brain’s network of neurons balances on the knife-edge between two phases. 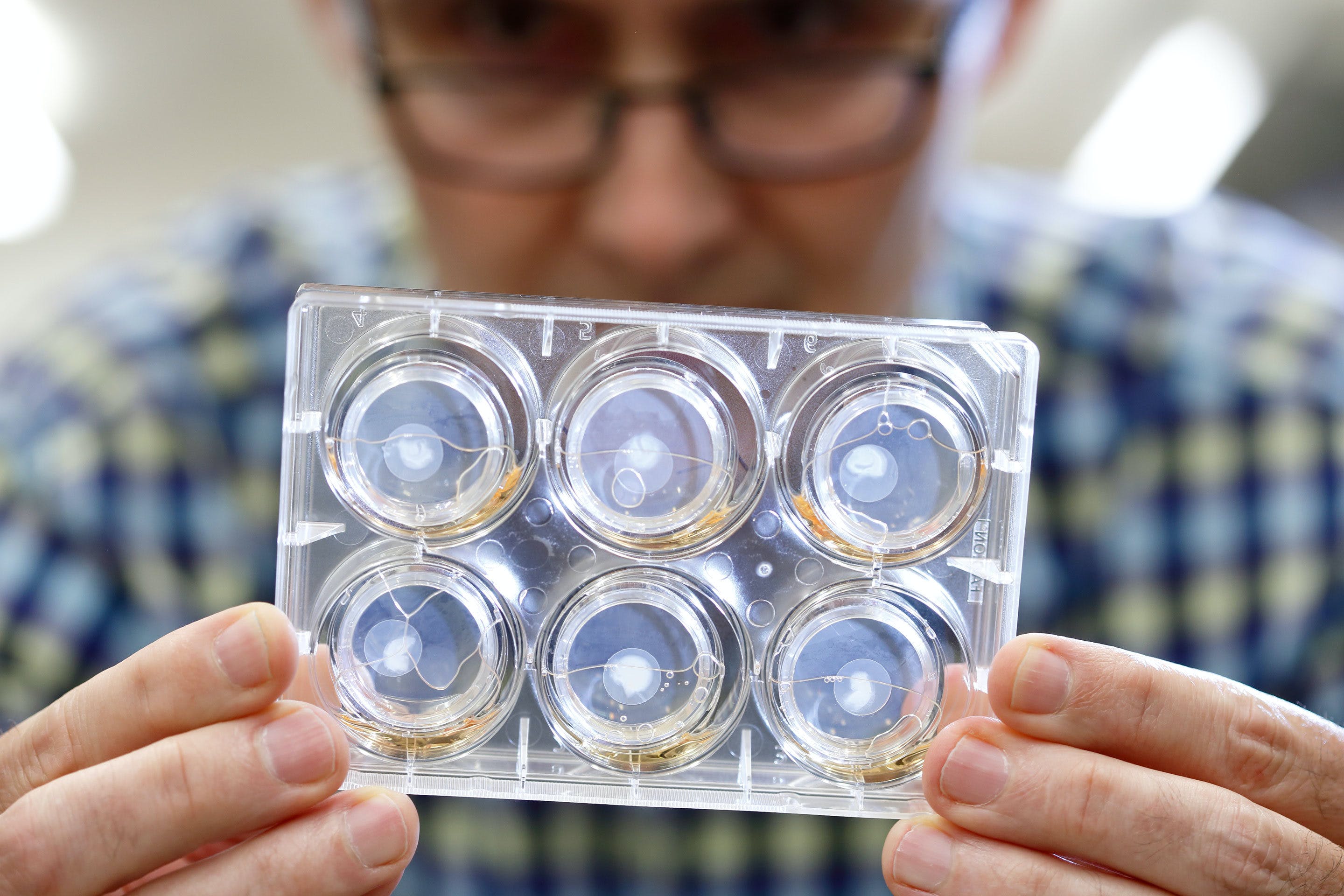 A team of Brazilian physicists analyzing the brains of rats and other animals has found the strongest evidence yet that the brain balances at the brink between two modes of operation, in a precarious yet versatile state known as criticality. At the same time, the findings challenge some of the original assumptions of this controversial “critical brain” hypothesis.

Understanding how the huge networks of neurons that comprise our thinking organs process information about the world is a daunting mystery for neuroscientists. One part of that broad puzzle is how a single physical structure can be primed to deal with life’s myriad demands. “If the brain is completely disordered, it cannot process information,” explained Mauro Copelli, a physicist at the Federal University of Pernambuco in Brazil and a coauthor of the new research. “If it’s too ordered, it’s too rigid to cope with the variability of the environment.”

In the 1990s, the physicist Per Bak hypothesized that the brain derives its bag of tricks from criticality. The concept originates in the world of statistical mechanics, where it describes a system of many parts teetering between stability and mayhem. Consider a snowy slope in winter. Early-season snow slides are small, while blizzards late in the season may set off avalanches. Somewhere between these phases of order and catastrophe lies a particular snowpack where anything goes: The next disturbance could set off a trickle, an avalanche or something in between. These events don’t happen with equal likelihood; rather, small cascades occur exponentially more often than larger cascades, which occur exponentially more often than those larger still, and so on. But at the “critical point,” as physicists call the configuration, the sizes and frequencies of events have a simple exponential relationship. Bak argued that tuning to just such a sweet spot would make the brain a capable and flexible information processor.

The idea has had its ups and downs. The first empirical evidence for it came from rat brain slices in 2003. John Beggs, a biophysicist at Indiana University, found that chain reactions of firing neurons, termed “neuronal avalanches,” came in particular arrays of sizes characteristic of criticality. Namely, any size was possible, but—like a snowy slope at its critical point—the frequency of avalanches exponentially depended on their size. Beggs argued that this “power law” relationship meant the brain slice was critical, triggering a flood of follow-up research. Critics, however, eventually showed that the claim was premature, as power laws show up in random systems, too—such as the word frequencies produced by a monkey at a typewriter.

Proponents faced two other conundrums: The so-called critical exponent defining a power law—the number indicating, for example, how many smaller avalanches occur relative to the larger ones—varied by setup, belying the notion of a universal mechanism behind the brain’s responses. Moreover, experimentalists found stronger signs of criticality in synchronized neural waves, which occur most often during deep sleep, than in the more scattershot firing patterns of alert animal brains. This difference puzzled researchers, who didn’t predict a relationship between criticality and synchronicity.

To address these challenges, Copelli and his collaborators drugged rats using a particular anesthetic that lets brains swing between the extremes of synchronization, sometimes firing in a synchronized manner typical of sleep and other times resembling the random static of awake brains. Recording the swells of neural activity in the primary visual cortex with dozens of metal probes, the group found that the sizes and durations, and the relationships between the sizes and durations, of neuronal avalanches all fit power law distributions with varying critical exponents—similar to Beggs’ 2003 findings in brain slices of dead rats.

Going further, though, they showed that when neurons fired with a certain moderate level of synchronicity, these three exponents fit together according to a simple equation. This relationship among the exponents satisfied a more stringent test for criticality suggested by critics in 2017. The brains of the anesthetized rats spent most of their time close to this state, seemingly hovering near the dividing line between two phases.

“It’s a smoking gun; you can’t escape it anymore,” said Beggs, who was not involved in the research. “It’s very hard to say that this is random.”

When the team looked in detail at where the critical point fell, however, they found that the rat brains weren’t balanced between phases of low and high neuronal activity, as predicted by the original critical brain hypothesis; rather, the critical point separated a phase in which neurons fired synchronously and a phase characterized by largely incoherent firing of neurons. This distinction may explain the hit-or-miss nature of past criticality searches. “The fact that we have reconciled the data from earlier research really points to something more general,” said Pedro Carelli, Copelli’s colleague and a coauthor of the research, which appeared in Physical Review Letters in late May.

But an anesthetized brain is not natural, so the scientists repeated their analysis on public data describing neural activity in free-roaming mice. They again found evidence that the animals’ brains sometimes experienced criticality satisfying the new gold standard from 2017. However, unlike with the anesthetized rats, neurons in the mice brains spent most of their time firing asynchronously—away from the alleged critical point of semi-synchronicity

Copelli and Carelli acknowledge that this observation poses a challenge to the notion that the brain prefers to be in the vicinity of the critical point. But they also stress that without running the awake-animal experiment themselves (which is prohibitively expensive), they can’t conclusively interpret the mouse data. Poor sleep during the experiment, for instance, could have biased the animals’ brains away from criticality, Copelli said.

They and their colleagues also analyzed public data on monkeys and turtles. Although the data sets were too limited to confirm criticality with the full three-exponent relationship, the team calculated the ratio between two different power-law exponents indicating the distributions of avalanche sizes and durations. This ratio—which represents how quickly avalanches spread out—was always the same, regardless of species and whether the animal was under anesthesia. “To a physicist, this suggests some kind of universal mechanism,” Copelli said.

Alain Destexhe of the National Center for Scientific Research (CNRS) in France, the critic who proposed the equation relating the three exponents as a test of criticality, called the universality of the results “astonishing,” but said he isn’t sure if it means what critical brain proponents say. He points out that because avalanches in alert brains scale similarly to those in brains under deep anesthesia—when they have no sensory input—criticality may have nothing to do with how the brain processes information, and could be due to some other aspect of brain dynamics.

Next, the Brazilian team hopes to study how the rats’ synchronous and asynchronous brain phases relate to behavior, a puzzle compounded by the fact that synchronized bursts are common during sleep, but also occur in awake brains.

Other research has linked sleep with restoring a destabilized brain to its critical point, and Beggs thinks further studies may someday establish deeper connections between mental health and the physics of the brain. But first, Copelli says, the criticality field needs to address more basic questions. “The current theory can’t explain the result,” he said, meaning his and his colleagues’ new findings, “so it opens the race again for models.”