If we are to learn how to die, we need teachers. 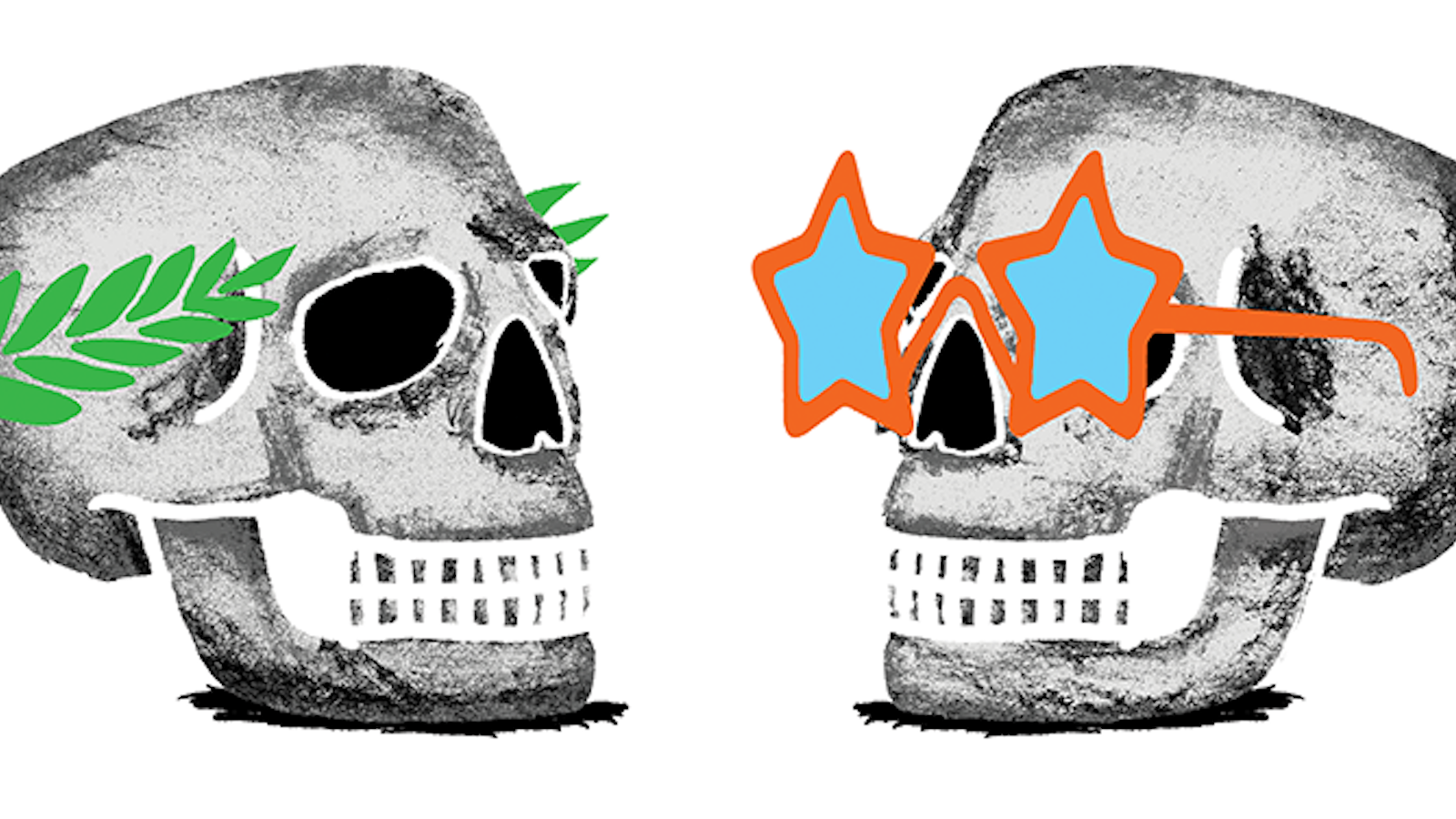 Death is a universal rite of passage, but, with a single exception, it always happens to someone else. In understanding death we need to turn our gaze to those around us. This was easy when death was a feature of daily life, as it has been for most of human history: on the street, the gallows, or, if at home, among the extended family. But nowadays, in the West, mortality has withdrawn to the private, sanitized space of the hospital ward, and has become all too easy to ignore. Or it would be, if the famous were not there to ensure death stayed squarely in the public eye.

Celebrities have long offered lessons in how to die. “Those that the gods love, die young,” is an idea dating back to Ancient Greece, and links passion and talent to a premature demise. Aristotle believed that the warmth of the heart sustained life, and death came when the heart cooled. It followed that a hotter flame, fanned by over-exercise or ardor, would burn out more quickly.

It followed, then, that glorious and poetic ends ought to await Greek heroes. Homer’s Iliad, the ancient epic poem that depicts events from the Greek siege of Troy, describes the deaths of more than 250 characters in almost loving detail. A passage picked at random has Polypoetes, son of Peirithous, plunging a spear through the skull and into the brain of Damasus, shortly before Leonteus finishes Hippomachus with a blow to the groin. Note that we have the names, not only of the killer, but also of the fallen. They, too, have their memorial.

Mortality has become all too easy to ignore. Or it would be, if the famous were not there.

The Iliad taught readers that death, as much as life, was to be savored and celebrated, while the story’s wealth of bloody vignettes seemed to point towards death’s inevitability. In an era of limited medical knowledge, its graphic accounts of battle also served as a quasi-scientific anatomy primer. The passage in which Thoon, a Trojan, is killed when Antilochus slices “the vein that runs up the back and reaches the neck,” helped ancient doctors determine the location of the vena cava.

As Plato and Xenophon have shown, Homer was a guide to life: A man wanting to learn how to steer a horse would refer to the relevant passage in the Iliad. So it was with death, which men in Greek city-states were expected to confront in any one of the endless conflicts among neighbors and former allies. The trainee hoplite might ask himself, “If I die, how bad can it be? If Thoon can manage it, so can I.” Ordinary deaths might be prosaic and unwilled; those of warriors, by contrast, could be heroic and even beautiful.

Aside from death in battle, the Greeks prized vigorous, heart-cooking competition as a quick route to fame. A full suite of challenges was available, including all-in wresting, the javelin, and horseback riding, all of which Galen discouraged as being “contra-natural” and injurious to health. Like the soldier, the athlete’s daring put him in touch with another world, and so his passing—even if tormented or tragic—seemed like a natural progression on a journey already undertaken. The spectator, desirous to learn of death and courage, compelled the athlete to pay the ultimate price for fame.

But what lessons do the famous offer today, in the era of the eked-out, medicalized decline? A startling example is Jade Goody, a British star of reality television who died in 2009. She had become so famous on the show Big Brother in 2002 that she qualified, several years later, to be a resident in Celebrity Big Brother, where she drew outraged reactions to her bullying and racism, caught on the ever-present cameras. But the tenor of the public conversation about her changed after she received a diagnosis of advanced cervical cancer.

The medium may have changed from Homer to Twitter and texting, but the message is the same.

Goody appeared determined to make her death mean something. Her stage-managed decline achieved at least two things: The money from the media coverage enabled her young children to have the sort of start in life that she was denied, and it raised awareness of the need for regular cervical cancer tests. A study released in June 2013 revealed that, in the year that Goody was diagnosed and died of the illness, an extra 400,000 women attended cervical screening appointments. Like the anatomical death of a Homeric hero, Goody’s death was a didactic and moving spectacle. She used its public character to claim for herself a kind of power, and a form of redemption, against the idea of death as a mere failure of the body, a running-out of heat.

Kate Granger has gone a step further. The manner of her dying has become the basis of her fame. At 31, the Yorkshire-based doctor is living with a diagnosis of terminal cancer. Far from denying her illness, she has come to respect it, writing about the experience in books, a blog, and to her 13,000-odd Twitter following. She hopes to use her fame to help dispel the fear and denial that surround death. “It would be really interesting to tweet how I am feeling at the end and how is it going,” she said in a May 2013 article in The New York Times. “I think that people don’t want to accept that dying comes to us all. There is this reluctance and inability to contemplate dying.”

Now more than ever, we need famous deaths to make the end familiar. The medium may have changed from Homer to Twitter and texting, but the message is the same. Seamus Heaney, the great Irish poet, communicated his last words via text message. “Noli timere,” he wrote to his wife, before he passed away on Aug. 30, 2013, at the age of 74. It is a Latin phrase, meaning “do not be afraid.”

Tom Payne is a literary critic for The Daily Telegraph, and teaches English at Sherborne School in England.