Modelers find evidence that a combination of competition, predation, and evolution will push ecosystems toward species diversity anywhere in the universe. 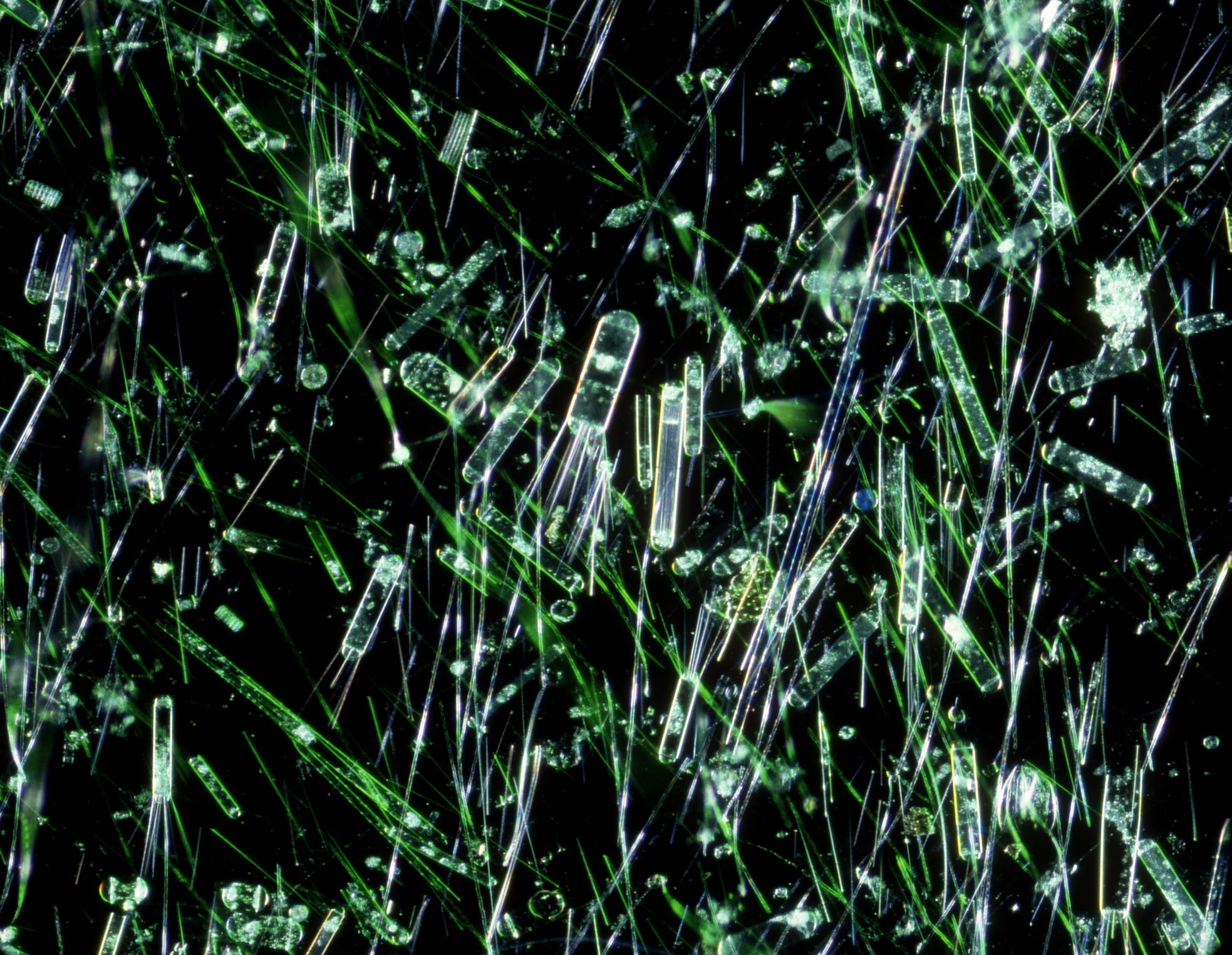 At a meeting of the American Society of Naturalists in 1960, the noted British ecologist G. Evelyn Hutchinson posed what he called “the paradox of the plankton.” Look at a flask of seawater; it will be filled with diverse species of plankton, all competing for the same vital elements and nutrients. Yet natural selection implies that over time, only one species should occupy an ecological niche, a concept known as competitive exclusion. And what is true of plankton seems to be true of many protozoa, plants, birds, fish, and other organisms, too. How can ecosystems routinely have so many competing species that stably coexist?

Ecologists have mulled over this vexing paradox ever since, but they have generally taken comfort in a solution known as the “kill the winner” (KTW) hypothesis. It hinges on the predator-prey relationships in ecosystems, which are often species specific. As one species starts forcing out its competitors, its rising population allows more of its predators to prosper, too. Predation eventually pushes the number of prey back down again (hence, kill the winners). The combination of competition and predation then lets several populations of rival species coexist in equilibrium. The KTW hypothesis became many ecologists’ go-to explanation for biodiversity.

When Nigel Goldenfeld, the director of the NASA Astrobiology Institute for Universal Biology, and Chi Xue, a graduate student in his laboratory at the Carl R. Woese Institute for Genomic Biology, started looking more closely at the KTW idea in 2015, they didn’t intend to blow it up. Rather, they were exploring what features of life and ecosystems might be ubiquitous throughout the cosmos. Diversity seemed like a good candidate. “If you look at different isolated ecosystems on Earth, you see diversity everywhere,” Xue said. They were curious about what might create and sustain that diversity, and whether it might be as relevant on another planet.

But they noticed an unrealistic defect in the calculations that had traditionally been used in models to validate the KTW idea: They “described populations as if individuals did not exist. It’s as if we described a liquid without acknowledging atoms,” Goldenfeld explained by email. Because those models allowed populations to rebound even after plummeting to mere fractions of individuals, they underestimated the amount of extinction that could occur. (Goldenfeld and Xue refer to this problem as a lack of “stochastic noise” because the calculations do not reflect the mathematically arbitrary discontinuities that the real world’s limitations impose.)

Xue and Goldenfeld decided to redo the models more realistically. “We didn’t expect the KTW idea to fail,” Xue said. “We just wanted to see if there would be anything different if we added the noise.”

The results, which they recently described in Physical Review Letters, were catastrophic. Biodiversity and species coexistence didn’t just drop; they disappeared. “Basically, every species went to extinction,” Xue said. In repeated trials, fluctuating prey populations kept dropping to zero, and then their predators went extinct from lack of food. Sometimes the system devolved to a single pair of predator and prey species that persisted, but even those arrangements were not always stable. The kind of species-rich diversity found in nature was nowhere to be seen.

But Xue and Goldenfeld then went a step further to include something else that earlier simulations had left out: evolution. They allowed prey species to get better at evading predators, and predators to get better at catching prey.

What followed was an arms race, as the escalating capabilities of the prey and the predators evolved in parallel, and it made all the difference. That competition added more species diversity to the system while the KTW effects kept any one species from taking over. Biodiversity in the simulations flourished.

Xue and Goldenfeld see evidence from genomics that this coevolving dynamic occurs in nature, too. “When you look at bacteria and find the regions of the genome that are evolving faster, those are the regions involved with viral resistance,” Xue said. As their coevolving KTW model suggests, selection pressure to resist viruses seems to exceed other pressures—for example, to compete better against other bacteria.

Still, that’s not conclusive proof, and the researchers plan to investigate further how generalizable their conclusions are. They want to see what happens when predators are less specific about their prey. Another consideration, according to Goldenfeld, is that in addition to killing bacteria and other cells, viruses sometimes swap genes among them. This dual role—“as predator and also taxi driver for genes,” he said—can have profound effects on the evolution and stability of ecosystems.

It’s also uncertain whether the coevolving KTW model applies equally well to all types of life. “In principle, this interaction between predator and prey isn’t specific to microorganisms. It’s everywhere, like between the hare and fox,” Xue said. But she also noted that their model assumes that evolutionary changes (like mutations) and ecological changes (like the birth and death of organisms) happen on the same timescale and with about the same frequency. “That’s not really the case for species like the fox and hare, but that’s common in microorganisms.”

According to Jed Fuhrman, a professor of biological sciences at the University of Southern California, modeling approaches can generally be useful but should be interpreted cautiously. “Some assumptions and aspects are more directly applicable to complex natural systems than others.” Because even microbial communities employ a variety of survival strategies, he said, “models may apply to a portion of the community more than to others.”

But if the coevolving KTW model does prove to be broadly applicable, then according to Goldenfeld, it shows that “there are very generic ways to get diverse populations in an ecosystem and that monocultures are the exception, not the rule.” Wherever life evolves, even on other planets and moons, we should expect it to diversify into complex ecosystems. He said that one future direction for his lab’s work will be on “how a community metabolism emerges” from diverse organisms, each processing materials in their shared environment in different ways.

That idea could be relevant to space scientists, for example, when they send future probes to seek signs of life in the oceans under the ice covering Jupiter’s moon Europa and Saturn’s moon Enceladus. If life is there, they should probably expect to see the biochemical signatures of an entire ecosystem, not single organisms.

According to Kevin Peter Hand, a deputy project scientist for NASA’s Jet Propulsion Laboratory, the instrumentation being developed for probes to Mars, Europa, Enceladus, and other suspected havens for life already look for signs broadly associated with ecosystems. He said that the proposed Europa Lander mission concept on which he is working is designed to capture “at least nine different, highly complementary measurements that are agnostic to individual biological species,” such as the complexity and chirality of any organic compounds and the presence of cell-like structures in samples.

But if astrobiologists ever get to move past the problem of whether life exists and can progress to examining how closely the dynamics of alien ecosystems resemble those of Earth, then knowing a solution to the paradox of the plankton may be critical.

Lead image: Ecologists have puzzled over how the various plankton that compete for the same resources in marine ecosystems can have such enduring diversity. Credit: Scenics and Science / Getty Images