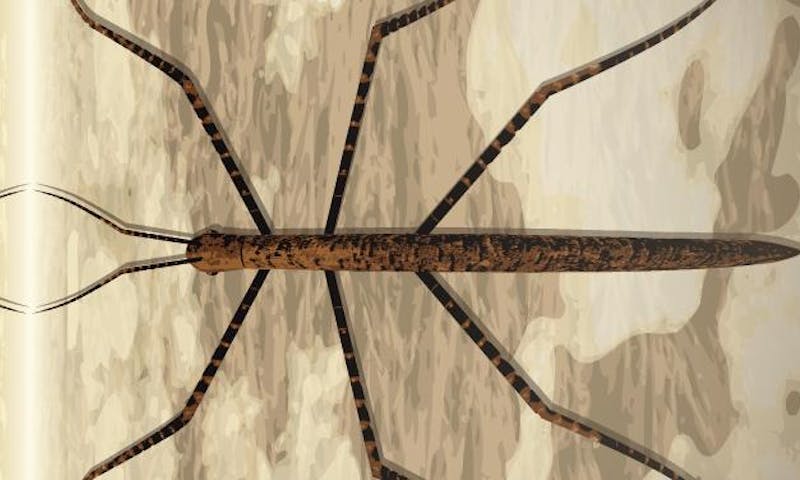 The idea of directionality in nature, a gradient from simple to complex, began with the Greeks, who called nature
physis, meaning growth. That idea subtly extended from changes over an organism’s lifetime, to changes over evolutionary time after Charles Darwin argued that all animals descend from a single common ancestor. When his contemporaries drew evolutionary trees of life, they assumed increasing complexity. Worms originated early in animal evolution.  Creatures with more complex structures originated later. Biologists tweaked evolutionary trees over the following century, but generally, simple organisms continued to precede the complex.

Scientists’ belief in this scenario has remained relatively unchanged for a century. It reflects the growth we observe during an organism’s development, and it’s been tracked over evolutionary time, too. Paleontologists have found fossils to support this arrangement, and they’ve also quantified increasing complexity within animal lineages. For example, an analysis of the waves, or sutures, in shells of extinct mollusks called ammonoids—snail-like sisters to nautiluses—shows that their designs became eight times as complex over 108 million years.
1

After genome sizes failed to fit notions of simplicity and complexity, researchers hypothesized that gene number—genes being the sections of the genome that encode proteins—might instead reflect them. For a few years, that seemed about right. Humans have about 22,000 genes while the mosquito
Anopheles gambiae has about 14,000. Then, in 2007, an international team of researchers sequenced the genome of the plant-like sea anemones, marine creatures that lack muscles, heads, rear-ends, and brains. To their surprise, anemones had more genes than insects, including some genes that humans possess but flies do not. Even more perplexing: Sea anemones evolved before flies and humans, some 560 million years ago. That meant animals might have been genetically complex from the start. “When I was younger, and we knew less, we thought that organisms gained genes over millions of years and that the earliest animals were genetically very simple,” says Bill Pearson, a computational biologist at the University of Virginia who developed some of the first techniques to compare protein sequences among organisms. “We think that less now,” he adds.

Then molecular analyses did something else. They rearranged the order of branches on evolutionary trees. Biologists pushed aside trees based on how similar organisms looked to one another, and made new ones based on similarities in DNA and protein sequences. The results suggested that complex body parts evolved multiple times and had also been lost. One study found that winged stick insects evolved from wingless stick insects who had winged ancestors.
2 Another analysis suggested that extremely simple animals called acoel worms—a quarter inch long and with just one hole for eating and excreting—evolved from an ancestor with a separate mouth and anus.
3 Biologists’ arrow of time swung forward and backward and forward again.

Late last year, the animal evolutionary tree quaked at its root. A team led by Joseph Ryan, an evolutionary biologist who splits his time between the National Genome Research Institute in Bethesda, Md. and the Sars International Center for Marine Molecular Biology in Bergen, Norway, analyzed the genome from a comb jelly,
Mnemiopsis leidyi, a complex marine predator with muscles, nerves, a rudimentary brain, and bioluminescence, and found that the animals may have originated before simple sponges, which lack all of those features.
4


If comb jellies evolved before sponges, the sponges might have lost the complexity that the ancestor uniting them and comb jellies possessed. Or, that ancestor—the ancestor of all living animals—had the genes to build brains and muscles, but did not form those parts, and neither did sponges. If this is true, then comb jellies deployed the genome they inherited to build a brain, nervous system, and muscles, independent of other animals. There’s some support for this possibility: A unique set of genes seems to underlie comb jellies’ muscles.


Both hypotheses run counter to scenarios in which organisms evolve to be increasingly complex. In one, a complex nervous system and muscles were lost in the sponges. In the other, the sponges had the genetic capability for complex features but stayed simple, while a more primitive group, the comb jellies, acquired brains and muscles that help them chase down prey. Furthermore, the idea that complex parts like a brain and nervous system—including nerve cells, synapses, and neurotransmitter molecules—could evolve separately multiple times perplexes evolutionary biologists because parts are gained one at a time. The chance of the same progression happening twice in separate lineages seems unlikely—or so biologists thought. “Traditional views are based on our dependence on our nervous system,” says Ryan. “We think the nervous system is the greatest thing in the world so how could anything lose it,” he says. “Or, it’s the greatest thing in the world, so how could it happen twice.”

With comb jellies at the base of the tree, evolution suddenly seems less like a march towards complexity and more like a meandering stroll. This isn’t a new idea. Back in 1996, evolutionary biologist Stephen Jay Gould posited that evolution progresses like a drunkard’s walk. Organisms, he said, stand an equal chance of becoming simpler or more complex over millions of years—although sometimes there’s a lower limit on how simple they can possibly be, just as a drunk may fall into a gutter at the far left side of the road. An Internet meme even celebrates oddities that result from evolution’s stumble: “
Go Home Evolution, You’re Drunk,” features organisms with sub-optimal traits that have managed to survive just fine.

Jernvall’s team induced mutations in genes involved in tooth formation in mice, and found that most of the mutations caused teeth to become simpler than they usually are.
5 To form a more complex tooth, the team had to induce multiple molecular changes at once. The results suggest that reductions in complexity should evolve more easily than increases in complexity. Without pressure from the environment, teeth would have stayed simple. The fact that they did not means mammals with complex teeth were at a sizable advantage. Jernvall speculates that these mammals feasted on flowering plants that their pointy-toothed sisters could not grind. “Tooth complexity was ecologically driven through diet,” he says.

Perhaps the fact that people are stunned whenever organisms become simpler says more about how the human mind organizes the world than about evolutionary processes. People are more comfortable envisioning increasing complexity through time instead of reversals or stasis. Physicist Sean Carroll calls humans “
terrible temporal chauvinists” for this reason, because they desperately want the street from the past to the future to run in one direction. The textbook scenarios on early animal evolution might be correct, but they should be treated as hypotheses built by temporal chauvinists. When new data suggests a rearrangement, it must be considered no matter how perplexing the conclusion seems.

4. Ryan, J.,
et al. The genome of the ctenophore
Mnemiopsis leidyi and its implications for cell type evolution.
Science
342 (2013).