Can natural explanations to life’s big questions be as consoling as religious ones? 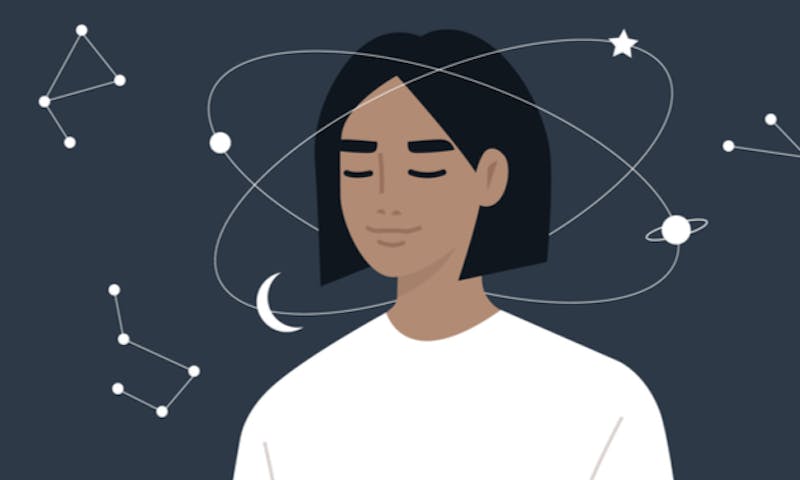 Last month, Harvard University named a new Chief Chaplain: Greg Epstein, an atheist. As reported in The New York Times,1 Epstein, the campus humanist chaplain, was unanimously elected to “coordinate the activities of more than 40 university chaplains, who lead the Christian, Jewish, Hindu, Buddhist, and other religious communities on campus.” Perusing the hundreds of reader comments generated by the Times article revealed broad support. While some questioned whether an atheist could be a “real” chaplain, others suggested that appointing a humanist was a clever move—a way to have a neutral figure in a position of power.

Yet, across a chasm of difference, both reactions share a problematic assumption: that humanist commitments—by virtue of omitting belief in God(s)—involve no basis for religious authority, indeed no commitments at all. In stark contrast, the Harvard students interviewed about Epstein praised his ability to support an authentic quest for meaning without belief in God. “Being able to find values and rituals but not having to believe in magic,” A.J. Kumar, former president of a Harvard humanist group, was quoted as saying, “that’s a powerful thing.” But is it really possible to have meaning (the values and sense of purpose) without magic (the supernatural beings and metaphysics)? Are the commentators right to treat humanism as an absence of meaningful commitments, versus a commitment to humanistic sources of value and meaning?

This is partly a question for philosophers and theologians. (Epstein himself is the author of a book titled Good Without God.) But it’s also a question about the human mind. In the language of psychology: Can people get the benefits of canonically religious beliefs from naturalistic alternatives? (Call this “the humanist’s path” to meaning without magic.) Can people “believe” in God—and get the benefits of doing so—without taking the supernatural elements of their belief to be true? (Call this “the theist’s path” to meaning without magic.)

In a set of studies forthcoming in the Journal of Experimental Psychology: General, Telli Davoodi and I offer a fresh take on these questions with evidence from a novel source: the psychology of existential curiosity.

Across three studies, we asked participants to consider the kinds of existential questions that typically elicit a range of both religious and non-religious responses. How did the universe come to exist? Why is there suffering in the world? What happens after we die? Answers to these questions can differ in a variety of ways—offering comfort or eliciting anxiety; fostering meaning or prompting despair; offering evidence or merely wishful thinking. We were interested in the characteristics of religious versus non-religious answers to such questions, including whether participants could find ways to offer existential comfort without appeal to God(s).

At least when it comes to satisfying existential anxiety, value and meaning can come without a commitment to supernatural metaphysics and magic.

In one study, 494 participants recruited online within the United States were presented with one of our three existential questions, and they were asked to offer their best answer. Critically, though, we asked some participants to ground their answer in logic and evidence, and others to offer comfort and peace of mind. As a baseline for comparison, we asked a third group to write answers that were clear and grammatical—instructions intended to be neutral with respect to evidence or peace of mind.

The first notable result was that asking participants to ground their answers in logic and evidence made them less likely to offer religious explanations: The rate went from around 34 percent in the baseline condition to 23 percent in the condition emphasizing logic and evidence. By contrast, the percentage of scientific explanations increased, from 53 percent to 71 percent.

But the most striking results emerged when participants were asked to generate existential explanations that offered comfort and peace of mind. These instructions made participants most likely to generate explicitly religious or spiritual explanations—the proportion of such explanations jumped from 34 percent in the baseline condition to over 56 percent in the comfort condition. Yet participants without explicit religious commitments readily constructed “natural” (as opposed to supernatural) explanations that offered comfort, as well. In fact, natural sources of existential comfort were offered almost as often (about 36 percent of the time) as their explicitly supernatural counterparts (about 42 percent of the time).

What did these explanations look like? A religious explanation in response to what happens after we die might note that we’ll be reunited with our loved ones: “Our soul will go to a place where our loved ones will greet us and it will be a great reunion.” A natural explanation might suggest that we live on in memories or in new forms: “Our memory remains in the hearts and minds of those who loved us and those we left behind,” “The molecules of our bodies … become building blocks of new forms.” A religious explanation for the origin of the universe might appeal to our purpose in God’s design: “Rest assured that you have a place in God’s universe and everything is unfolding exactly as planned.” A natural explanation might celebrate our place in the universe: “We are part of that flow that stretches back to before the Big Bang and we are lucky enough to see it at one of its most interesting stages. Stars have grown and life has started, as someone else said, ‘We are the universe experiencing itself,’ which is beautiful and should be treasured.”

So while appealing to traditionally religious beliefs was one way to offer existential comfort, for many participants natural or humanistic beliefs could be summoned to play similar roles. That’s +1 for meaning without magic, humanist style. At least when it comes to satisfying existential anxiety, value and meaning can come without a commitment to supernatural metaphysics and magic.

But, there’s a catch.

Just because people could generate natural sources of existential comfort, it doesn’t follow that those sources were just as comforting as their religious and supernatural counterparts. We also asked our participants to rate how successfully their explanations fostered positive emotions and buffered against negative ones, and we found that the explanations with only natural sources of comfort were judged significantly less successful than those that included only supernatural sources of comfort. Living on in people’s memories wasn’t quite as good as eternal life—at least when it came to emotional comfort, which is admittedly only one aspect of a valuable and meaningful system of beliefs.

To get a sense for how religious and non-religious explanations for the existential differ more broadly, additional studies presented participants with religious and non-religious answers to a variety of existential questions, and had them rate those explanations along additional dimensions. So, not only emotional comfort but also things like: social value (does the explanation foster personal connection?); moral value (does it make the world a more moral place?); and importance for identity (does it tell you something important about who you are?).

Is it really possible to have meaning without magic?

A final study with 652 participants replicated these findings but also measured the extent to which participants thought each scientific or religious explanation was true. This allowed us to ask: For an explanation to be perceived as comforting, morally valuable, and so on, must it also be judged to be true?

In reference to local superstition, an Italian philosopher is claimed to have said: “It’s not true, but I believe in it.” The quote is striking because it seems contradictory (doesn’t belief imply belief in truth?), but it is also relatable—we understand, more or less, what is meant. The quote also illustrates the potential for a theist’s path to meaning without magic: Could religious explanations offer a sense of meaning (some value from belief) without requiring a commitment to their truth?

And yet, there was a striking difference across the domains of science and religion. Even for explanations matched in perceived truth, religious explanations received higher ratings for non-epistemic sources of meaning. More concretely, participants only had to moderately agree that a religious explanation was true to find it as emotionally, morally, and personally good as a scientific explanation that was strongly agreed to be true.

So where does this leave us in the search for meaning without magic?

We have some evidence for the humanist’s path: People can satisfy their existential curiosity through natural means, and in so doing obtain many of the goods we associate with religious belief: peace of mind, emotional comfort, and other forms of meaning and value. On the other hand, they may need to do more psychological work to get there—humanist beliefs don’t necessarily pack the same psychological punch as the more familiar, mostly Christian beliefs generated by our sample.

We have mixed evidence for the theist’s path to meaning without magic: Attributing value to religious claims tends to go hand-in-hand with the idea that those claims are true, and with their truth comes God, magic, or other supernatural commitments. But religious beliefs may have perceived benefits even if they are only modestly endorsed. The Italian philosopher’s belief without believed truth may be a psychological possibility, at least in qualified form: Maybe belief without believed falsehood is enough.

Of course, the search for meaning encompasses more than our psychological reactions to existential explanation. And not all religious explanations and religious believers are likely to share the profile observed in our overwhelmingly Christian and American sample. These are important caveats to what we can claim about meaning or religion on the basis of any small set of studies. At the same time, I think these findings help us understand the promise of—and resistance to—an atheist in a position of religious authority. Humanist beliefs can offer a sense of existential meaning, but it can take a little work to get there.

Tania Lombrozo is a professor at Princeton University in the department of psychology. Follow her on Twitter @TaniaLombrozo.

5. Can Leeuwen, N., Weisman, K., & Luhrmann, T.M. To believe is not to think: A cross-cultural finding. Open Mind (forthcoming).