Record-efficiency turbine farms are being inspired by sealife. 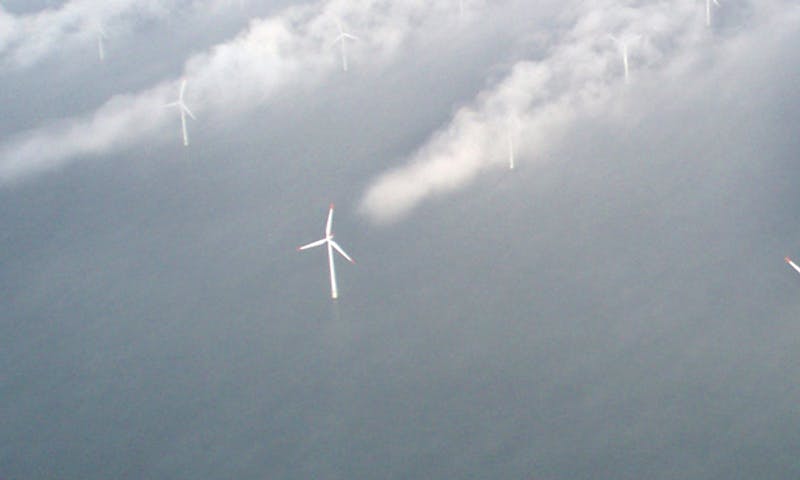 As they drove on featureless dirt roads on the first Tuesday of 2010, John Dabiri, professor of aeronautics and bioengineering at the California Institute of Technology1, and his then-student Robert Whittlesey, were inspecting a remote area of land that they hoped to purchase to test new concepts in wind power. They named their site FLOWE for Field Laboratory for Optimized Wind Energy. Situated between gentle knolls covered in sere vegetation, the four-acre parcel in Antelope Valley, California, was once destined to become a mall, but those plans fell through. The land was cheap. And, more importantly, it was windy.

Alex Riley is a freelance science and nature writer whose work has appeared in Aeon, NOVA Next, Hakai Magazine, New Scientist, and the BBC. He lives in London.

This article was originally published in our “Turbulence” issue in July, 2014.