From Gaia, a Twinkling Treasure Trove

The first star map from the ESA’s Gaia space telescope is poised to revolutionize our understanding of the Milky Way galaxy. 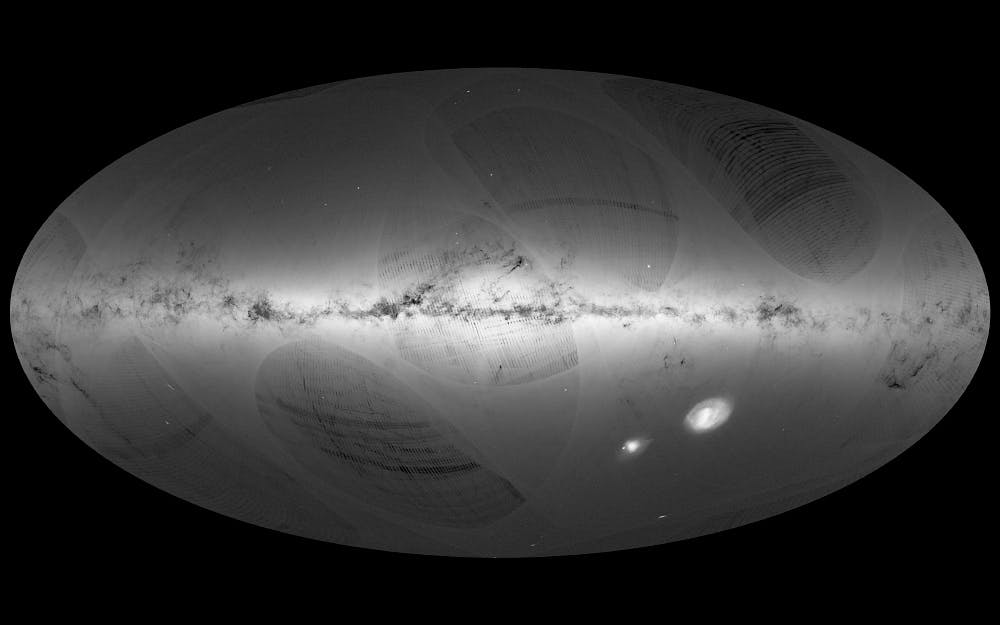 Today, after 14 months of stargazing from nearly a million miles from Earth, the European Space Agency’s Gaia telescope has produced its first catalog of stars in the Milky Way galaxy. What might we learn from this trove of new data?

In announcing the release, Alvaro Giménez, ESA’s director of science, said that it gives the first glimpse of a data set that will “revolutionize our understanding of how stars are distributed and move across our galaxy.”

The newly released data logs the positions and brightness of some 1.1 billion stars, representing around 1 percent of the Milky Way’s inventory, as well as the movements of 2 million of these stars. Gaia will eventually map the motions of all the stars in its catalog. This data will sharpen our picture of the galaxy’s structure, including the “bar” at its center and outlier groups of fast-moving stars that are thought to be remnants of mergers with smaller galaxies. As Davide Castelvecchi explains at Nature, these features will expose how the galaxy formed and evolved. Further, Castelvecchi writes, Gaia will shed light on how stars themselves evolve, since precise knowledge of stars’ positions can be used to deduce how intrinsically bright they are, and thus how their brightness varies with their age.

A better inventory of what’s out there will also reveal what’s missing: Gaia’s data will be used to test models of dark matter, including Lisa Randall’s controversial theory that this invisible stuff is spread through the galaxy in a thin disk, rather than suffused in a spherical halo.

The new data set also includes statistics on more than 3,000 “variable” stars, which throb — sometimes in highly mysterious patterns that are the subject of intense study.

And where there are stars, there are often planets. As Gaia continues its stargazing over the next four years, its data will reveal wobbles in the positions of many of the stars, indicating the tug of orbiting worlds. As the catalog of known “exoplanets” — planets beyond the solar system — grows, astronomers are striving to figure out how to search these worlds for signs of life.

Already, exoplanet researchers are making use of Gaia’s data; hundreds of the stars in its inventory host exoplanets that have been spotted by other spacecraft. Astronomers are using Gaia’s new stellar position measurements to work out the precise distances to these planets and sharing their plots on Twitter. Call it “instastronomy.”

Lead image: A new image of stars in the Milky Way and neighboring galaxies from the Gaia telescope after 14 months of scanning the sky. The stripes and other artifacts will gradually fade as more scans are made during the five-year mission. ESA/Gaia/DPAC