An 18th-century physicist first predicted the existence of a chorus of atmospheric waves that swoop around Earth. Scientists have finally found them. 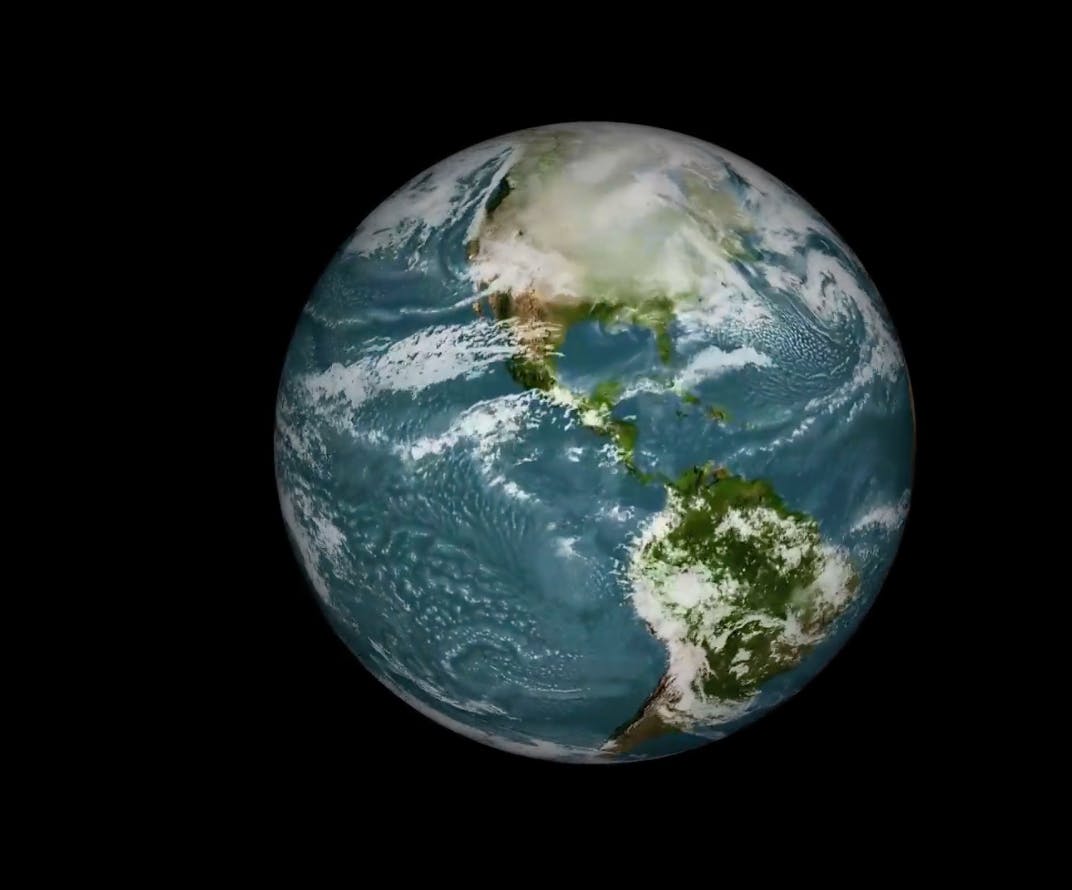 The atmosphere is such a roiling mess that it defies analysis even by today’s most sophisticated meteorological algorithms. But its complexity didn’t stop the French scientist Pierre-Simon Laplace from cracking one simple aspect of atmospheric behavior in the late 1700s. Despite never seeing a global weather map, Laplace developed a theory predicting that continent-size pressure waves would periodically sweep around the globe.

“Atmospheric modeling of the pencil-and-paper kind was pretty damn crude until the 20th century, and yet Laplace managed to do this,” said David Randall, an atmospheric scientist at Colorado State University. “I think it’s astounding.”

Laplace’s ideas launched a centuries-long quest to find such waves. But the oscillations proved as gentle as they are giant, stubbornly refusing to reveal themselves even to some of the biggest names in the physical sciences.

At last, the search is over. An exquisite new meteorological data set has uncovered what millions of barometer readings missed: an ensemble of waves that race around the Earth, covering it in a patchwork quilt of high- and low-pressure zones. The detection is a stunning vindication of a vintage theory.

“This a really beautiful piece of work,” said Leo Donner, a geophysicist at Princeton University who was not involved in the study.

Laplace wondered to what degree the moon gravitationally squeezes the air surrounding our planet, and he set out to analyze the types of waves that might emerge as a consequence. He imagined the atmosphere as a thin fluid on a smooth sphere, and he concluded that gravity should pin one class of waves to the ground, where they would move more or less horizontally—two-dimensional undulations that hug the planet’s surface. “He was really the first guy with this picture in his mind,” said Kevin Hamilton, a professor emeritus at the University of Hawai‘i, Mānoa and co-author of the study. “It was an amazing insight.”

Laplace didn’t name these waves or work out their behavior in detail, but modern atmospheric scientists now describe them as “normal modes”—waves that resonate like the ringing of a bell. The simplest mode raises the pressure in one hemisphere and lowers it in the other. More energetic modes create checkered patterns of smaller zones of high and low pressure. They race around the globe at speeds exceeding those of most passenger planes, mainly eastward and westward.

Though Laplace started by thinking of the influence of the moon, the waves arise more from Earth’s general pandemonium: Storms rage. Winds slam into mountain ranges. Turbulence stirs the pot further. Some portion of the energy from these collective abuses fires up the normal modes, which are the only tones at which the atmosphere can respond. “It’s like a kitten walking on the keys of the piano,” Randall said. “The random forcing can show you what strings are in the piano.”

Laplace put the idea into people’s heads that such waves might exist, and his mathematics gave physicists the tools to calculate the atmosphere’s tuning. But would anybody be able to hear its notes?

Around the same time that Laplace came out with his model, explorers and naturalists including Alexander von Humboldt noticed that pressure in the tropics rose and fell every 12 hours. The daily timing linked the changes to heating from the sun, but theorists couldn’t explain why the effect was so large. The mystery continued to puzzle scientists for nearly a century, until Lord Kelvin guessed in 1882 that the sun’s heating cycle resonated with one of Laplace’s “free oscillations.” He thought that the sun could deliver an outsized push because it created vibrations at precisely the frequency of one of Laplace’s oscillations, much as an opera singer can shatter a wine glass with the right pitch. His proposition turned out to be wrong—researchers in the 1960s determined that a more complicated phenomenon amplifies the solar influence—but it spurred scientists to work out the quantitative details of Laplace’s theory and calculate exactly what frequencies the normal modes should have.

The lowest notes matching those predictions wouldn’t enter the scientific record until the 1980s, first from an analysis by Taroh Matsuno, a Japanese meteorologist, and later from another by Hamilton and Rolando Garcia, now at the National Center for Atmospheric Research. Hamilton and Garcia stumbled upon the ideal data set: a weather station in colonial Indonesia that carried out hourly pressure measurements over the better part of a century, missing just two readings in 79 years.

The record was as meticulous as it was prolonged, with researchers relying on a microscope to log shifts of mercury as fine as one-hundredth of an inch. Analyzing this and other data sets, Hamilton and Garcia were able to just make out traces of one of the longest normal modes.

The shorter waves seemed beyond reach until last year, when the European Center for Medium-Range Weather Forecasts released a data set called ERA5. The product blends readings from thousands of ground stations, weather balloons and satellites, and it uses weather models to intelligently fill in the blanks. The result is a data set aiming to reconstruct the same information that would have been captured by a global network of weather stations spaced every 10 kilometers and taking readings every hour from 1979 to 2016.

Takatoshi Sakazaki, an assistant professor at Kyoto University in Japan, wasn’t looking for Laplace’s waves when ERA5 came out. He was initially focused on temperature variations, and he viewed the pressure peaks as unwelcome noise. But when he realized they might be normal modes, he laid them over the theoretical expectations, and voila: “I found they almost perfectly matched,” he said.

Sakazaki wasn’t sure how significant his find was, so he reached out to Hamilton, who had been his postdoctoral research adviser, to check if the peaks might be of interest.

They were. Hamilton had spent decades prior to 1980 sifting through weather station data for hints of the lowest atmospheric tones. Now in his inbox he suddenly had evidence of the full symphony.

Sakazaki and Hamilton worked together to analyze the full three-dimensional structure of the waves in excruciating detail; they published their findings in the July 2020 issue of the Journal of the Atmospheric Sciences. Their research details the behavior of many dozens of waves beyond the few found in the 1980s. Some of the highest-energy waves cycle from high pressure to low pressure a dozen times as they stretch around the planet; additional sets of waves get spun off by Earth’s rotation. All their results precisely match predictions based on Laplace’s equations. “I just imagined when I saw this,” Hamilton said, “that Laplace and Kelvin and those guys would be excited to see something like this.”

Lead image: Scientists have discovered a complex set of pressure waves that race around Earth at speeds exceeding most aircraft. Credit: candyloops/videohive