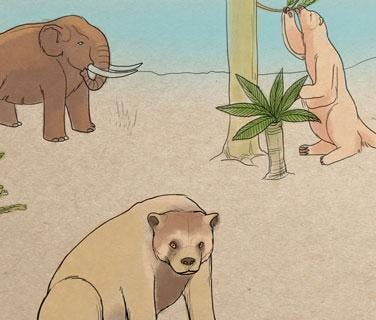 The involvement of miners has led to the recovery of countless ice-age bison, horse, and mammoth bones.