Here’s How Industrial Emitters Can Pinpoint Their Carbon Footprint 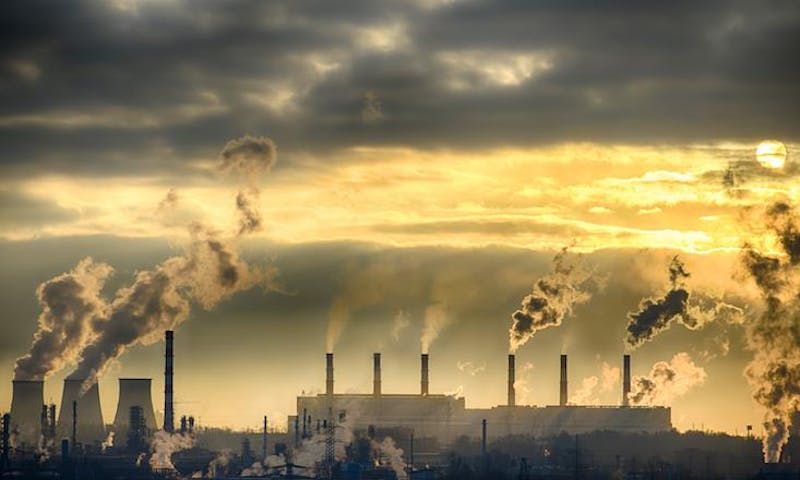 Given how hazardous greenhouse gases (GHGs) are to our atmosphere and climate, it is perplexing to find hardly anyone talking about how those gases are measured. Even among those who do, you seldom spot anyone who mentions—amid the small fonts and tables, graphs, and charts—how data is collected in the field. Why? Because the tools we use to assess GHG levels are crude.

In some cases the measurements are straightforward: totting up the amount of carbon in fuel used by a factory and working out how much is converted into carbon dioxide when it is burned. But not all industrial sites lend themselves to such simple math, particularly those that release GHGs in a form known as “fugitive” emissions. In such cases, even the most advanced approaches to measurement are considerably unsophisticated.

At the cutting edge, for example, is a solar-powered, remote-controlled dinghy designed to operate in wastewater treatment lagoons or tailings ponds. This modest vehicle is equipped with a flux chamber—an enclosure for capturing air emissions escaping from the surface and gauging their levels with an on-board gas analyzer. These emissions include volatile organic compounds, which have a vapor pressure high enough for them to rise from lagoon surfaces into the atmosphere; those of greatest interest tend to be GHGs, specifically carbon dioxide and methane.

This technology is employed once a year in the notorious oil-sands region of Alberta, Canada, in various tailings ponds generated from petroleum extracted from soil. After running the flux chamber across part of a pond’s surface, the GHG emissions measured along its path will be—given the restrictions imposed by the time, cost, and safety precautions of such work—extrapolated to measure the emissions of the entire pond and others not visited. The final estimate will then become part of the official GHG emissions level for the entire site, submitted annually to government authorities.

This approach, which originated with the United States Environmental Protection Agency, has been adapted over the last 20 years to measure GHGs at various kinds of industrial operations all over the world. The outcome has left much to be desired. “Although we’re applying state-of-the-art measurement techniques, there’s relatively high uncertainty associated with them,” says Glynis Carling, a Senior Environmental Advisor with Imperial Oil. “The EPA says the flux chamber method has an accuracy of about plus or minus 100 percent.”

That’s not a reassuring prospect and could make life difficult for large GHG emitters in coal or petroleum production as they confront regional, national, and even international carbon trading initiatives. Considerable amounts of money are at stake in retooling plants to meet emissions standards.

That’s why Carling and her colleagues are cheered by a Canadian satellite being launched from India’s Bay of Bengal spaceport in June. The satellite is small enough for someone to pick up and place in the back seat of a car and carries a sophisticated short-wave infrared spectrometer, tuned to measure atmospheric GHGs like methane and carbon dioxide. Once in orbit it will measure emission levels above targets on Earth’s surface just a few miles across, using innovative algorithms. If it were over the oil sands tailings ponds, there would no longer be any need to employ the flux chamber and crunch its numbers; the satellite’s readings should immediately, accurately, and completely capture all local emissions.

GHGSat, the Montreal-based firm that has spearheaded the satellite’s development since 2011, regards itself as setting a new standard for GHG measurement. According to company founder Stephane Germain, emitters will gladly pay for data to be collected in this way. “The issue is that the tools and methods and processes that they’re required to use right now are not appropriate for the types of industrial processes that they’ve got,” he explains. “They find themselves with the opportunity to look at a method that will be more precise and cheaper for them to use. They’re interested in seeing the results of that.”

Germain has already sounded out potential clients in several countries. Among them are members of Canada’s Oil Sands Innovation Alliance (COSIA), firms with a major stake in knowing their exact contribution to global GHG levels, including Carling’s. “GHGSat really is groundbreaking in terms of targeting point sources,” says Carling. She contrasts this strategy with existing satellites that take GHG measurements on a whole-atmosphere basis; those findings are of scientific interest, she says, but they offer no practical advantage for individual emitters.

Carling adds that tailing ponds data can be fickle, sometimes varying from year to year for reasons that are not entirely clear. By collecting data more frequently, via the new satellites, the chemical behavior of these sites can be studied more closely, perhaps pointing to ways of reducing their GHG emissions. Germain, for his part, doesn’t see such ambitious expectations as unrealistic. “The real proof will be after we launch and we have real data on industrial sites,” he says. “That will generate substantially more interest, because there’s nothing like seeing a picture of your own facility to realize that this is for real.”

He envisions not just one small satellite but a constellation that could be set in a variety of different orbits to serve a diverse international clientele. And while industrial emitters might be the first to sign up, Germain expects others who have not previously been able to take stock of their GHG output, such as agricultural landowners and agribusinesses, will sign up as well. He insists GHGSat addresses a longstanding criticism of the existing measurement system, which makes emitters responsible for measuring their own emissions, albeit based on approved protocols, with third-party verification and the possibility of government audit.

“At the end of the day, it’s not the industrial operators gathering and generating the emissions data—it’s us,” says Germain. “We see ourselves as a neutral third party, a neutral arbiter of what real emissions data is for facilities around the world.”

Tim Lougheed is a freelance science and technology writer near Kingston, Ontario. He can be contacted at [email protected].