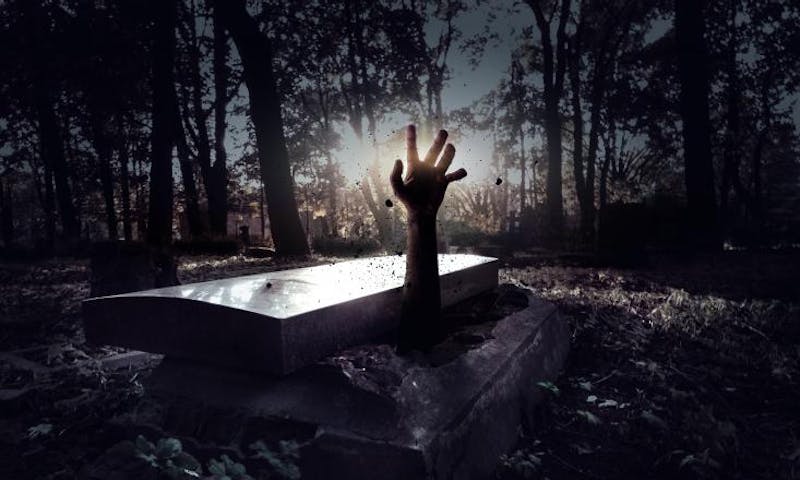 Thirty thousand years ago, a woolly mammoth in Siberia shed a giant virus. It soon became encased in ice and, for tens of thousands of years, the virus slept.

As global temperatures warm and the permafrost begins to melt, the virus stirs. It is sucked into the nostril of a researcher where it injects its DNA into a cell. The DNA commandeers the cell’s proteins and generates new viruses, turning the researcher into a walking pathogen factory. As she interacts with people, the virus swarms around the world, infecting millions and causing devastation on a massive scale.

Such a scenario isn’t yet a reality, but it may be closer than you think.

Jean-Michel Claverie, a microbiologist at Aix-Marseilles University in Provence, could have caused this scenario twice. In 2014, Claverie thawed a small sample of Siberian permafrost in a petri dish and discovered a dormant virus that, upon reawakening, could infect amoebas. Then, in September, Claverie and his team published another study on a second virus discovered in the same sample. In a terse nod to doomsday, the researchers noted that—in the context of global warming—the revival of two separate viruses in ancient permafrost is alarming.

What if the virus could infect humans, and we had no quick way to stop it? Would that be the spur we need to combat climate change on an unprecedented, global scale? It could be: Such an event would succeed in making the threat of climate change palpable, says Graham Gottlieb, a behavioral scientist at Climate Central, a New York-based think tank. Climate change still isn’t perceived that way, and he thinks he knows why.

Our brains, according to Gottlieb, gauge distance on four distinct planes: spatial, temporal, social, and hypothetical. The more distant something is on each plane, the more abstractly we think about it. Climate change happens to be abstract on all four. “People think one, it’s not gonna happen for a long time [and] two, if it does happen, it’ll happen really far away,” Gottlieb says. People also tend to believe that climate change won’t affect their own social networks. The result is the false impression that climate change is unlikely to impact them directly.

The best way to make such a global problem more immediate, says Gottlieb, is to adjust how we talk about the consequences. Surfers, for example, might be more invested if they understood how California’s drought has prompted state park officials to shut off their post-beach showers. And gardeners might wonder whether prolonged droughts would wither their tomato plants. So Gottlieb’s Climate Central has created a website, WXshift, to show people precisely how changes in weather are affecting their neighborhoods.

But how do you make the effects of climate change more immediate, not just for niche groups, but everyone?

Climate Central and other eco-communications hubs think that a great way to do this is to link climate change to personal health. They are urging communicators, says Edward Maibach, of the Center for Climate Change Communication at George Mason University, to frame the issue “as a human health problem—not an environmental problem.” What could be less abstract than your own well-being?

Yet, for all its logic, this tactic faces considerable challenges. One, most of climate change’s fatal health threats exacerbate diseases such as malaria, tuberculosis, and Ebola that disproportionately target developing countries—so they’re at a physical remove from most moneyed movers-and-shakers. Second, these threats have increased so gradually that the time we have to act feels greater than it really is. Third, if you live in a developed nation, you’re probably in a temperate climate, which means these diseases aren’t arising within your social circle.

But here is where Claverie’s long-dormant viruses, exposed from melted arctic permafrost, could come in: Permafrost makes up a quarter of the Northern hemisphere’s exposed landmass. By 2050 it may be largely melted, exacerbating the effects of climate change by releasing trapped stores of methane and carbon into the atmosphere along with untold numbers of new contagions. If such a virus were harmful to humans, it could eventually land somewhere in Northern Europe or Greenland, spreading through developed nations.

That threat would be a great way to zero out all four elements of psychological distance.

Just look at the media heyday that resulted from Claverie’s discovery, and his statement to Agence France-Presse that “If we are not careful, and we industrialize these areas without putting safeguards in place, we run the risk of one day waking up viruses such as smallpox that we thought were eradicated.”

“The whole notion of a really nasty virus that has been frozen for a long time and could be dangerous to people—the notion of that thawing and working its way into human populations is undoubtedly going to be seen as a very unsettling prospect,” Maibach says. “It’s exactly like zombies are suddenly amongst us.”