How Circadian Clocks Differ From Sleep

The circadian clock is in nearly every cell, and researchers have untangled many of its secrets. But sleep has been harder to pin down. 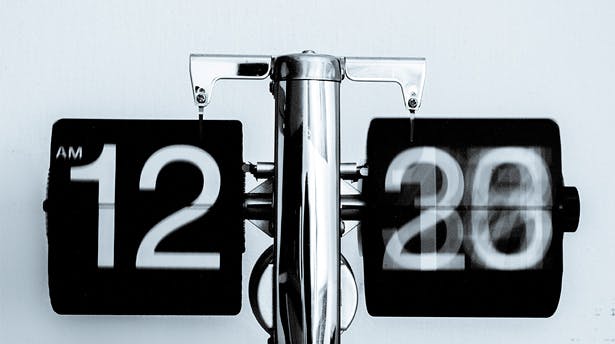 The daily rhythm of sleeping and waking is one of the most fundamental cycles in our lives, and we often equate it with our circadian clock. But the reality is more subtle than that. The circadian clock, as biologists have learned in recent decades, is in fact an incredibly precise molecular machine that exists in nearly every cell in the body. Consisting of a number of proteins that come together and fall apart rhythmically, the clock complex controls the transcription of thousands of genes that affect everything from appetite to cell division. There is a season—or rather, a time of day—for each process that takes its timing from the clock. Sleep just happens to be one such process.

We’ve seen huge leaps and bounds recently in understanding exactly which proteins are involved in the clock complex and how it works. Yet sleep—our most obviously time-linked activity—is still largely a mystery on the molecular level. Some of the same cast of scientists who helped illuminate the clock are now taking a crack at sleep. Joseph Takahashi, whose lab identified a major clock gene around 20 years ago; Masashi Yanagisawa, who helped uncover the neurotransmitter behind narcolepsy; and a long list of colleagues recently found two genes that appear to influence sleep. They watched 8,000 mutant mice sleep using the same kind of brain-monitoring technology that human sleep labs use. The idea was that if any mutants slept oddly—if they spent less time in dreaming sleep than usual, for instance, or grew sleepy much more quickly—and their behavior could be traced to a mutated gene, then that gene might play some key role in the process. This is essentially the same strategy that Takahashi and collaborators used to uncover that clock gene all those years ago.

Will the same approaches that have worked so well with the circadian clock crack open sleep? It’s a different kind of challenge, many researchers say. While the clock has immense and ramifying influence throughout the body, at its heart is a team of proteins whose members turned out to be fairly readily dissected with classical cell biology experiments. Sleep, on the other hand, is a phenomenon that seems to manifest itself primarily at the level of the organ or the organism, and sleep-related genes don’t seem to matter just for sleep—they are active in all kinds of processes all over the body. That can make it difficult to leap from the discovery of a sleep-linked gene to a fundamental insight about how sleep works. Takahashi is hopeful, though: He reflects that in the late 1990s, as the clock genes were being identified, the field expanded incredibly swiftly. “We’re hoping a similar thing will happen with sleep,” he said.