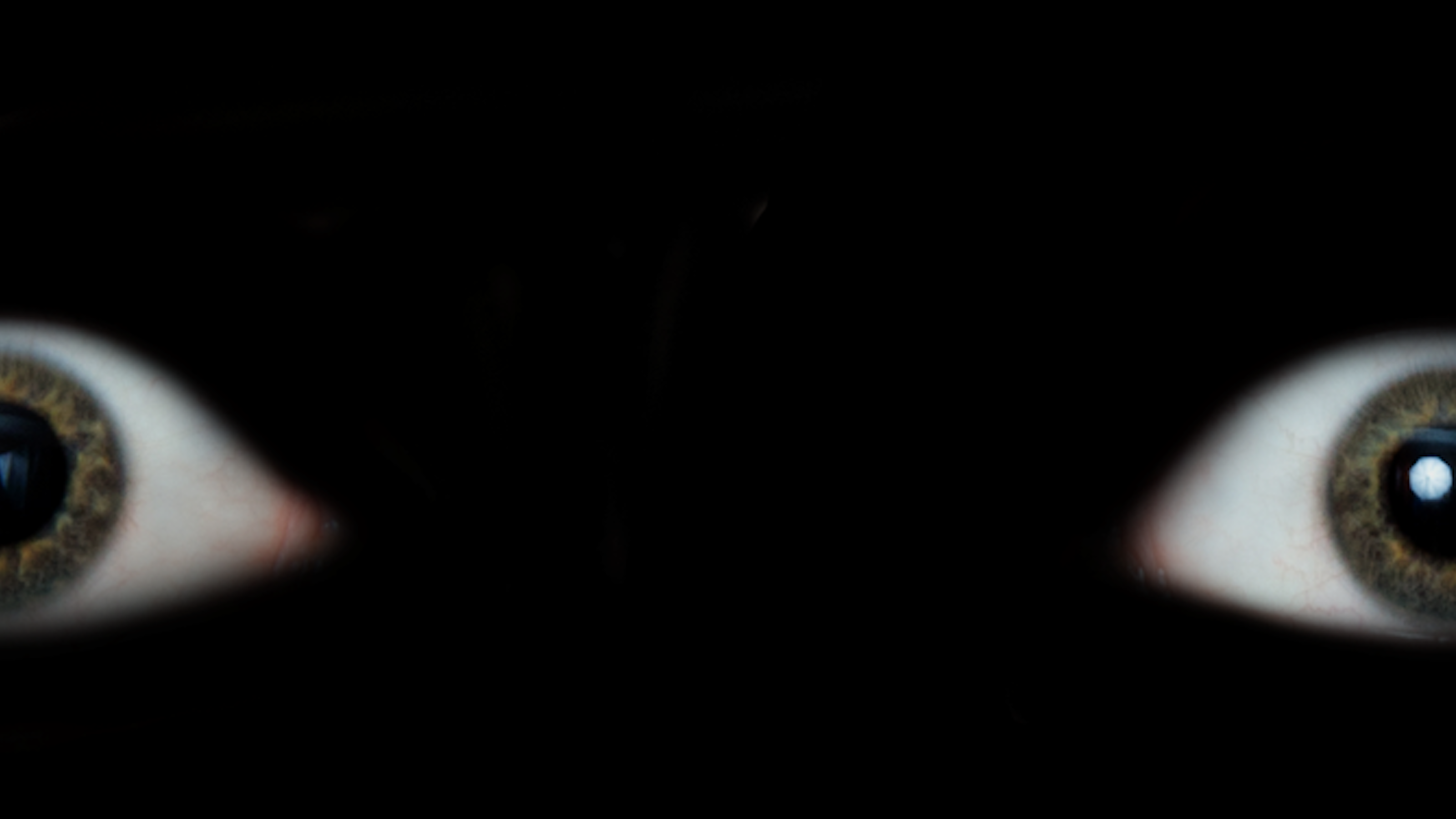 The most effective monsters of horror fiction mirror ancestral dangers to exploit evolved human fears. Some fears are universal, some are near-universal, and some are local. The local fears—the idiosyncratic phobias such as the phobia of moths, say—tend to be avoided by horror writers, directors, and programmers. Horror artists typically want to target the greatest possible audience and that means targeting the most common fears. As the writer Thomas F. Monteleone has observed, “a horror writer has to have an unconscious sense or knowledge of what’s going to be a universal ‘trigger.’ ”1 All common fears can be located within a few biologically constrained categories or domains.

Over evolutionary time, humans and their ancestors have faced potentially lethal danger in the domains of predation, intraspecific violence, contamination-contagion, status loss, and in the domain of dangerous nonliving environmental features.2-5 In other words, they faced danger from predatory animals (ranging from mammalian carnivores to venomous animals such as spiders and snakes); from hostile members of their own species; from invisible pathogens, bacteria and viruses; from loss of status, ostracization, and ultimately social exclusion, which in ancestral environments could mean death; and they faced the risk of lethal injury following dangerous weather events such as violent thunderstorms, falls from cliffs, and other potentially hazardous topographical features. The selection pressures from these types of danger have resulted in domain-specificity in the reactivity of the fear system, meaning that the system has evolved special sensitivity toward such dangers. Sometimes such sensitivity allows the fear system to unreasonably expand a category and target an innocuous object, such as expanding the category of “dangerous animals” to include moths. In the domain of survival the golden rule is “better safe than sorry.”

The most basic, universal, genetically hardwired fears are the fears of sudden, loud noises and of looming objects—those are the fears that we aim to evoke when we hide behind a door, waiting to spook an unsuspecting friend by jumping at them with a roar. Sudden, loud noises and looming objects will cause an involuntary startle response in humans and in many other species as well. You can sneak up behind a rat and yell at it, and its reaction will be similar to your own, if somebody sneaks up behind you and yells at you. You can also try the experiment with a dog or a squirrel or a human infant; it’s guaranteed to work. The startle reflex is primitive and swift, and very effective in orienting the organism toward, and preparing it for, danger. Horror video games and horror films, in particular, exploit this innate fear when they resort to “jump scares,” such as having a monster jump out of a closet without any warning and frightening the viewer or player.

Not all human fears are instinctual and hardwired—we need to learn what to be afraid of.

Other fears are universal but relatively transient. As developmental psychologists have demonstrated, children reliably develop highly specific fears along a predictable developmental trajectory. And as evolutionary psychologists have demonstrated, these predictable fears emerge when children are most vulnerable to the dangers targeted by the fears—or more precisely when children would have been most vulnerable to such dangers in ancestral environments, the kinds of environments in which our species evolved. These environments in significant respects diverged from modern environments, but the fears persist. For infants, incapable of self-propelled motion and self-defense, the most dangerous situations—in ancestral environments and now—are the absence of caregivers and the presence of potentially hostile strangers. Hence infants reliably develop separation anxiety and stranger anxiety, which persist until the toddler years.3 As children begin to move about on their own, they reliably develop fear of heights. At around age 4–6, as children begin exploring their environments more extensively and thus become more vulnerable to predation, they typically become obsessed with death, afraid of monsters lurking in the dark, and preoccupied with dangerous animals such as lions and tigers. In middle to late childhood, fears of injury, accidents, and contagion emerge, and in late childhood and particularly early adolescence, social threats become “salient” to children—children tend to become highly anxious of losing status, losing friends, being ostracized, and so on, at precisely the developmental stage where peers begin to be more important to them than parents, and when their major challenge is to “find a specific social niche and build stable networks of reciprocity.”3

The evolutionary logic behind this preset developmental schedule is clear: Children evolved to develop domain-specific fears at the phase where they would typically encounter, or be particularly vulnerable to, such evolutionarily recurrent dangers. Some people may feel that they grow out of these fears—that they no longer need to check under the bed for lurking monsters before they go to sleep—but most of the fears begin in childhood and persist in somewhat modified forms throughout life.3 Stephen King, in a foreword to a collection of stories, told readers that when he goes to bed at night, he is still “at pains to be sure that my legs are under the blankets after the lights go out. I’m not a child anymore but … I don’t like to sleep with one leg sticking out … The thing under my bed waiting to grab my ankle isn’t real. I know that, and I also know that if I’m careful to keep my foot under the covers, it will never be able to grab my ankle.”6 King is joking, but all the same, who hasn’t at some point conceded to a fearful, apparently irrational impulse from the limbic system, an ancient and anxious voice from the deepest recesses of the brain telling us to avoid a shortcut across a graveyard after dark or to keep the feet inside the bed covers when we’re alone? Not that we believe in ghosts or monsters or zombies, naturally, but … better safe than sorry, right? We may rationally dismiss the ostensibly childish fear targets—the monsters, the creepy strangers, the dangerous animals— but they at the very least live on in horror stories, even horror stories for adults, featuring giant monsters, psychos in hockey masks, and creepy-crawlies hiding in the dark.

Those fears that are near-universal are known as “prepared fears.”7 They are not hardwired in the same way as the fears of sudden, loud noises and looming objects are. Nobody learns to flinch at a rapidly oncoming basketball. Prepared fears are innate, though, in the sense that they are genetically transmitted but require environmental input for their activation. The human fear system, in this aspect, is relatively open-ended—that is, it is set up for environmental calibration. The evolutionary logic underlying this design characteristic is as follows: Humans evolved to be adaptable.8 Our species thrives in all climate zones, from the tropical to the arctic. Yet while some dangers are constant across time and space—the danger of choking, say, or of drowning—there is some environmental variation in threat distribution. There’s no sense for an Inuit child in being afraid of tigers or scorpions, whereas a child from rural India doesn’t need to worry about polar bears. And because our genes can’t “know” in what sort of climate and ecology we’ll grow up, those genes make us able and eager to learn about threats in our local environments. Humans quickly absorb local culture, including norms, language, knowledge about dangers, the sorts of things people in your culture consider edible or not, and so on. Learning, in fact, is an “evolutionarily derived adaptation to cope with environmental changes that occur within the life span of individuals and allows individual organisms to tailor their behavior to the specific environmental niche they occupy.”9

Who hasn’t at some point conceded to an ancient and anxious voice from the deepest recesses of the brain telling us to avoid a shortcut across a graveyard after dark?

So, because different environments have somewhat different dangers, not all human fears are instinctual and hardwired. We need to learn what to be afraid of, but such learning takes place within a biologically constrained possibility space. While different environments feature different threats, some threats have been evolutionarily persistent enough, and serious enough, to have left an imprint on our genome as prepared fears, as potentialities that may be activated during an individual’s life in response to personal or vicarious experience, or culturally transmitted information. This explains why there may be surface variation in people’s fears but a stable, underlying structure of fear distribution. The 2012 ChildFund Alliance report “Small Voices, Big Dreams,” which quantified children’s fears and dreams based on responses from 5,100 individuals from 44 countries, found that the most common fear among children across developing and developed countries is the fear of “dangerous animals and insects.”10 Even children growing up in industrialized, urban environments free of nonhuman predators easily acquire fear of dangerous animals because such prepared learning is part and parcel of human nature. One study asked suburban American kids about their fears and found that they do not “fear the things they have been taught to be careful about,” such as “street traffic,” but “claim that the things to be afraid of are mammals and reptiles (most frequently): snakes, lions, and tigers.”11

Prepared fears include the fear of snakes, spiders, heights, blood, closed-in spaces, the dark, thunder, public or open spaces, social scrutiny, and deep water.5, 7, 12 Those are typical phobia objects, quite easy to acquire and very difficult to extinguish. A phobia can be defined as “fear of a situation that is out of proportion to its danger,”13 which suggests the very weirdness of phobias: They are extremely real, often crippling, to sufferers, even though phobias either don’t correspond to real-world dangers or exaggerate actual risks wildly. Almost nobody dies from being bitten by snakes or spiders—the most common phobia objects—in the industrialized world. According to recent statistics from the National Safety Council of the United States, the lifetime odds of dying from a motor vehicle accident for a person born in 2007 were 1 in 88.

A list of Stephen King’s “personal terrors” was published in 1973.15 This list strikingly reflects the species-typical distribution of evolved fear objects much more so than it reflects the objects, creatures, and situations that a 20th-century inhabitant of Maine ought to fear:

1. Fear of the dark
2. Fear of squishy things
3. Fear of deformity
4. Fear of snakes
5. Fear of rats
6. Fear of closed-in spaces
7. Fear of insects (especially spiders, flies, and beetles)
8. Fear of death
9. Fear of others (paranoia)
10. Fear for someone else

Personal terrors they may be, but King’s list could be anybody’s list—an American’s list, an Asian’s list, an African’s list, a European’s list. It could be the list of someone living 1,000 or 50,000 years ago. Individuals of the species Homo sapiens tend to be afraid of the same things. People in the industrialized world may no longer face the threat of predation from carnivores, and we may no longer be in any real danger from venomous spiders and snakes, but these animals live on as ghosts in the human central nervous system.

Mathias Clasen is an associate professor of literature and media in the Department of English, Aarhus University. 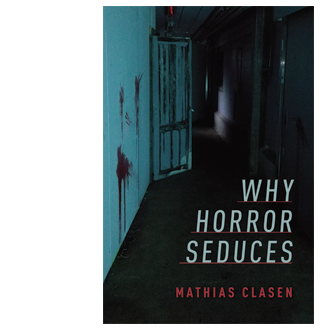 From Why Horror Seduces by Mathias Clasen. Copyright 2017 by Oxford University Press.
All rights reserved.

12. Dozier, R.W. Fear Itself: The Origin and Nature of the Powerful Emotion that Shapes Our Lives and Our World St. Martin’s Press, New York, NY (1998).