His incompleteness theorems destroyed the search for a mathematical theory of everything. Nearly a century later, we’re still coming to grips with the consequences. 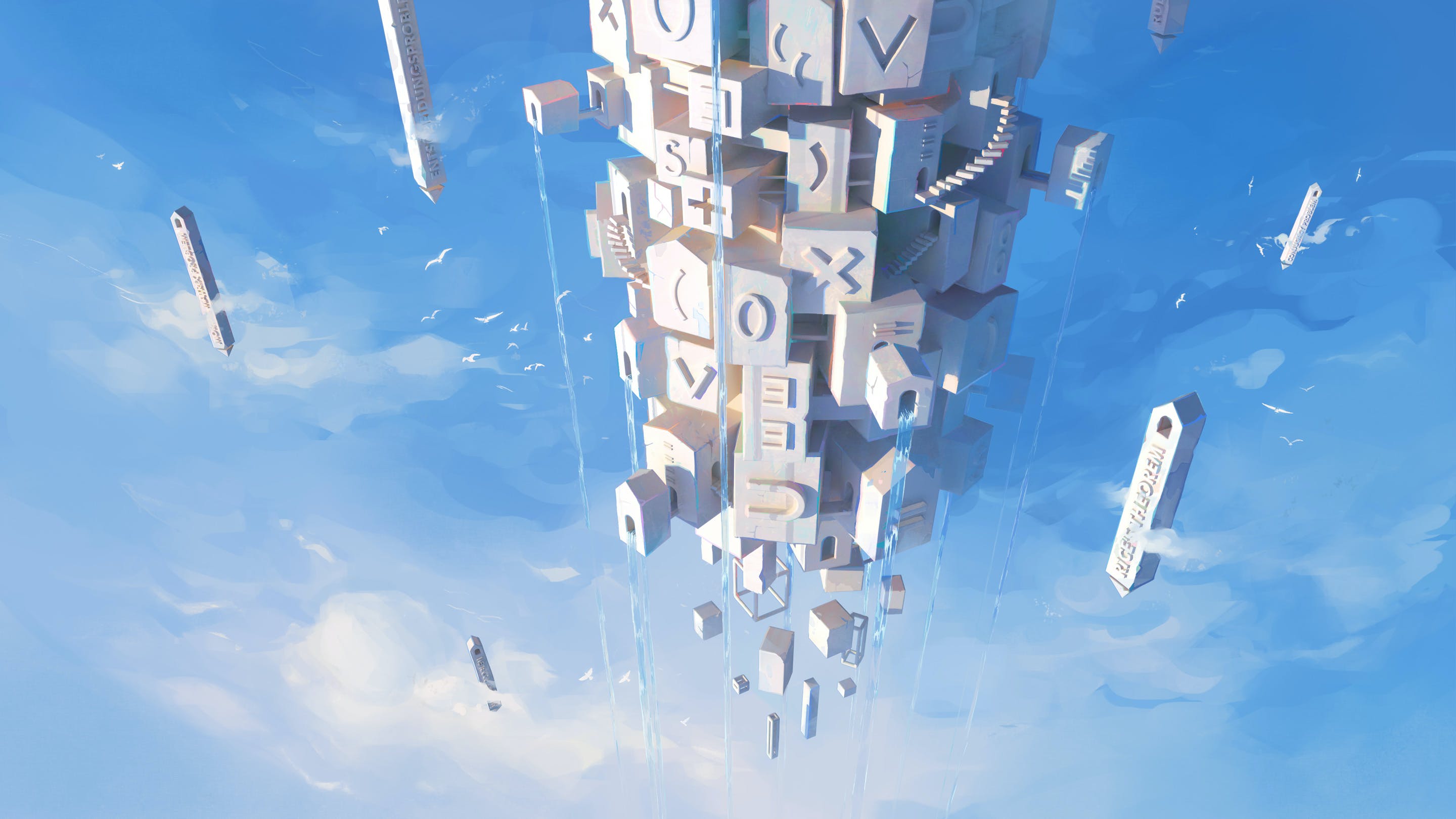 In 1931, the Austrian logician Kurt Gödel pulled off arguably one of the most stunning intellectual achievements in history.

Mathematicians of the era sought a solid foundation for mathematics: a set of basic mathematical facts, or axioms, that was both consistent—never leading to contradictions—and complete, serving as the building blocks of all mathematical truths.

But Gödel’s shocking incompleteness theorems, published when he was just 25, crushed that dream. He proved that any set of axioms you could posit as a possible foundation for math will inevitably be incomplete; there will always be true facts about numbers that cannot be proved by those axioms. He also showed that no candidate set of axioms can ever prove its own consistency.

His incompleteness theorems meant there can be no mathematical theory of everything, no unification of what’s provable and what’s true. What mathematicians can prove depends on their starting assumptions, not on any fundamental ground truth from which all answers spring.

In the 89 years since Gödel’s discovery, mathematicians have stumbled upon just the kinds of unanswerable questions his theorems foretold. For example, Gödel himself helped establish that the continuum hypothesis, which concerns the sizes of infinity, is undecidable, as is the halting problem, which asks whether a computer program fed with a random input will run forever or eventually halt. Undecidable questions have even arisen in physics, suggesting that Gödelian incompleteness afflicts not just math, but—in some ill-understood way—reality.

Here’s a simplified, informal rundown of how Gödel proved his theorems.

The first step in this process is to map any possible mathematical statement, or series of statements, to a unique number called a Gödel number.

The slightly modified version of Gödel’s scheme presented by Ernest Nagel and James Newman in their 1958 book, Gödel’s Proof, begins with 12 elementary symbols that serve as the vocabulary for expressing a set of basic axioms. For example, the statement that something exists can be expressed by the symbol ∃, while addition is expressed by +. Importantly, the symbol s, denoting “successor of,” gives a way of specifying numbers; ss0, for example, refers to 2.

These twelve symbols then get assigned the Gödel numbers 1 through 12.

Then any combination of these symbols and variables—that is, any arithmetical formula or sequence of formulas that can be constructed—gets its own Gödel number.

For example, consider 0 = 0. The formula’s three symbols correspond to Gödel numbers 6, 5 and 6. Gödel needs to change this three-number sequence into a single, unique number—a number that no other sequence of symbols will generate. To do this, he takes the first three primes (2, 3 and 5), raises each to the Gödel number of the symbol in the same position in the sequence, and multiplies them together. Thus 0 = 0 becomes 26 × 35 × 56, or 243,000,000.

The mapping works because no two formulas will ever end up with the same Gödel number. Gödel numbers are integers, and integers only factor into primes in a single way. So the only prime factorization of 243,000,000 is 26 × 35 × 56, meaning there’s only one possible way to decode the Gödel number: the formula 0 = 0.

Gödel then went one step further. A mathematical proof consists of a sequence of formulas. So Gödel gave every sequence of formulas a unique Gödel number too. In this case, he starts with the list of prime numbers as before—2, 3, 5 and so on. He then raises each prime to the Gödel number of the formula at the same position in the sequence (2243,000,000 × …, if 0 = 0 comes first, for example) and multiplies everything together.

The real boon is that even statements about arithmetic formulas, called metamathematical statements, can themselves be translated into formulas with Gödel numbers of their own.

Because we can generate Gödel numbers for all formulas, even false ones, we can talk sensibly about these formulas by talking about their Gödel numbers.

We can convert the last sentence into a precise arithmetical formula that we can write down* using elementary symbols. This formula of course has a Gödel number, which we could calculate by mapping its symbols onto powers of primes.

This example, Nagel and Newman wrote, “exemplifies a very general and deep insight that lies at the heart of Gödel’s discovery: typographical properties of long chains of symbols can be talked about in an indirect but perfectly accurate manner by instead talking about the properties of prime factorizations of large integers.”

Gödel’s extra insight was that he could substitute a formula’s own Gödel number in the formula itself, leading to no end of trouble.

To see how substitution works, consider the formula (∃x)(x = sy). (It reads, “There exists some variable x that is the successor of y,” or, in short, “y has a successor.”) Like all formulas, it has a Gödel number—some large integer we’ll just call m.

Things are getting trippy, but nevertheless, our metamathematical statement—“The formula with Gödel number sub(y, y, 17) cannot be proved”—is sure to translate into a formula with a unique Gödel number. Let’s call it n.

Now, one last round of substitution: Gödel creates a new formula by substituting the number n anywhere there’s a y in the previous formula. His new formula reads, “The formula with Gödel number sub(n, n, 17) cannot be proved.” Let’s call this new formula G.

G asserts of itself that it can’t be proved.

But can G be proved? If so, this would mean there’s some sequence of formulas that proves the formula with Gödel number sub(n, n, 17). But that’s the opposite of G, which says no such proof exists. Opposite statements, G and ~G, can’t both be true in a consistent axiomatic system. So the truth of G must be undecidable.

However, although G is undecidable, it’s clearly true. G says, “The formula with Gödel number sub(n, n, 17) cannot be proved,” and that’s exactly what we’ve found to be the case! Since G is true yet undecidable within the axiomatic system used to construct it, that system is incomplete.

You might think you could just posit some extra axiom, use it to prove G, and resolve the paradox. But you can’t. Gödel showed that the augmented axiomatic system will allow the construction of a new, true formula Gʹ (according to a similar blueprint as before) that can’t be proved within the new, augmented system. In striving for a complete mathematical system, you can never catch your own tail.

No Proof of Consistency

We’ve learned that if a set of axioms is consistent, then it is incomplete. That’s Gödel’s first incompleteness theorem. The second—that no set of axioms can prove its own consistency—easily follows.

What would it mean if a set of axioms could prove it will never yield a contradiction? It would mean that there exists a sequence of formulas built from these axioms that proves the formula that means, metamathematically, “This set of axioms is consistent.” By the first theorem, this set of axioms would then necessarily be incomplete.

But “The set of axioms is incomplete” is the same as saying, “There is a true formula that cannot be proved.” This statement is equivalent to our formula G. And we know the axioms can’t prove G.

Gödel’s proof killed the search for a consistent, complete mathematical system. The meaning of incompleteness “has not been fully fathomed,” Nagel and Newman wrote in 1958. It remains true today.

Lead image: Every mathematical system will have some statements that can never be proved. Credit: Olena Shmahalo/Quanta Magazine