How Mathematicians Use Homology to Make Sense of Topology

Originally devised as a rigorous means of counting holes, homology provides a scaffolding for mathematical ideas, allowing for a new way to analyze the shapes within data. 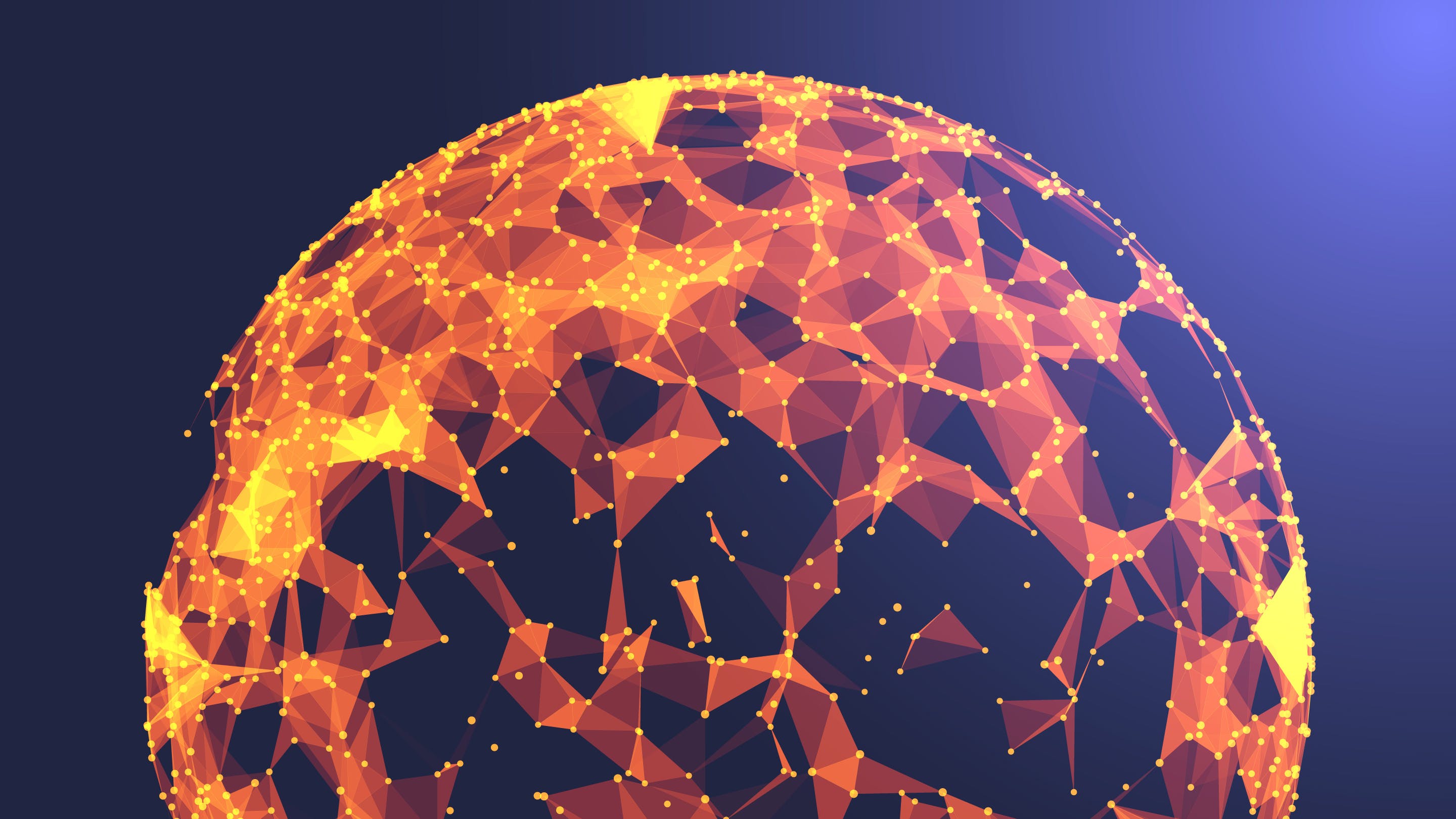 At first, topology can seem like an unusually imprecise branch of mathematics. It’s the study of squishy play-dough shapes capable of bending, stretching and compressing without limit. But topologists do have some restrictions: They cannot create or destroy holes within shapes. (It’s an old joke that topologists can’t tell the difference between a coffee mug and a doughnut, since they both have one hole.) While this might seem like a far cry from the rigors of algebra, a powerful idea called homology helps mathematicians connect these two worlds.

The word “hole” has many meanings in everyday speech—bubbles, rubber bands and bowls all have different kinds of holes. Mathematicians are interested in detecting a specific type of hole, which can be described as a closed and hollow space. A one-dimensional hole looks like a rubber band. The squiggly line that forms a rubber band is closed (unlike a loose piece of string) and hollow (unlike the perimeter of a penny).

Extending this logic, a two-dimensional hole looks like a hollow ball. The kinds of holes mathematicians are looking for—closed and hollow—are found in basketballs, but not bowls or bowling balls.

But mathematics traffics in rigor, and while thinking about holes this way may help point our intuition toward rubber bands and basketballs, it isn’t precise enough to qualify as a mathematical definition. It doesn’t clearly describe holes in higher dimensions, for instance, and you couldn’t program a computer to distinguish closed and hollow spaces.

“There’s not a good definition of a hole,” said Jose Perea of Michigan State University.

So instead, homology infers an object’s holes from its boundaries, a more precise mathematical concept. To study the holes in an object, mathematicians only need information about its boundaries.

Loops circle back on themselves, enclosing a central region. But the loop only forms a hole if the central region is hollow, as with a rubber band. A circle drawn on a paper forms a loop, but it is not a hole because the center is filled in. Loops that enclose a solid region—the non-hole kind—are the boundary of that two-dimensional region.

Therefore, holes have two important rigorous features. First, a hole has no boundary, because it forms a closed shape. And second, a hole is not the boundary of something else, because the hole itself must be hollow.

This definition can extend to higher dimensions. A two-dimensional solid triangle is bounded by three edges. If you attach several triangles together, some boundary edges disappear. When four triangles are arranged into a pyramid, each of the edges cancels with another one. So the walls of a pyramid have no boundary. If that pyramid is hollow—that is, it is not the boundary of a three-dimensional solid block—then it forms a two-dimensional hole.

To find all the types of holes within a particular topological shape, mathematicians build something called a chain complex, which forms the scaffolding of homology.

Many topological shapes can be built by gluing together pieces of different dimensions. The chain complex is a diagram that gives the assembly instructions for a shape. Individual pieces of the shape are grouped by dimension and then arranged hierarchically: The first level contains all the points, the next level contains all the lines, and so on. (There’s also an empty zeroth level, which simply serves as a foundation.) Each level is connected to the one below it by arrows, which indicate how they are glued together. For example, a solid triangle is linked to the three edges that form its boundary.

Mathematicians extract a shape’s homology from its chain complex, which provides structured data about the shape’s component parts and their boundaries—exactly what you need to describe holes in every dimension. When you use the chain complex, the processes for finding a 10-dimensional hole and a one-dimensional hole are nearly identical (except that one is much harder to visualize than the other).

The definition of homology is rigid enough that a computer can use it to find and count holes, which helps establish the rigor typically required in mathematics. It also allows researchers to use homology for an increasingly popular pursuit: analyzing data.

That’s because data can be visualized as points floating in space. These data points can represent the locations of physical objects, such as sensors, or positions in an abstract space, such as a description of food preferences, with nearby points indicating people who have a similar palate.

To form shapes from data, mathematicians draw lines between neighboring points. When three points are close together, they are filled in to form a solid triangle. When larger numbers of points are clustered together, they form more complicated and higher-dimensional shapes. Filling in the data points gives them texture and volume—it creates an image from the dots.

Homology translates this world of vague shapes into the rigorous world of algebra, a branch of mathematics that studies particular numerical structures and symmetries. Mathematicians study the properties of these algebraic structures in a field known as homological algebra. From the algebra they indirectly learn information about the original topological shape of the data. Homology comes in many varieties, all of which connect with algebra.

“Homology is a familiar construction. We have a lot of algebraic things we know about it,” said Maggie Miller of the Massachusetts Institute of Technology.

The information provided by homology even accounts for the imprecision of data: If the data shifts just slightly, the numbers of holes should stay the same. And when large amounts of data are processed, the holes can reveal important features. For example, loops in time-varying data can indicate periodicity. Holes in other dimensions can show clusters and voids in the data.

“There’s a real impetus to have methods that are robust and that are pulling out qualitative features,” said Robert Ghrist of the University of Pennsylvania. “That’s what homology gives you.”