How Mental Time Travel Can Make Us Better People

Kindness lives in the future-present. 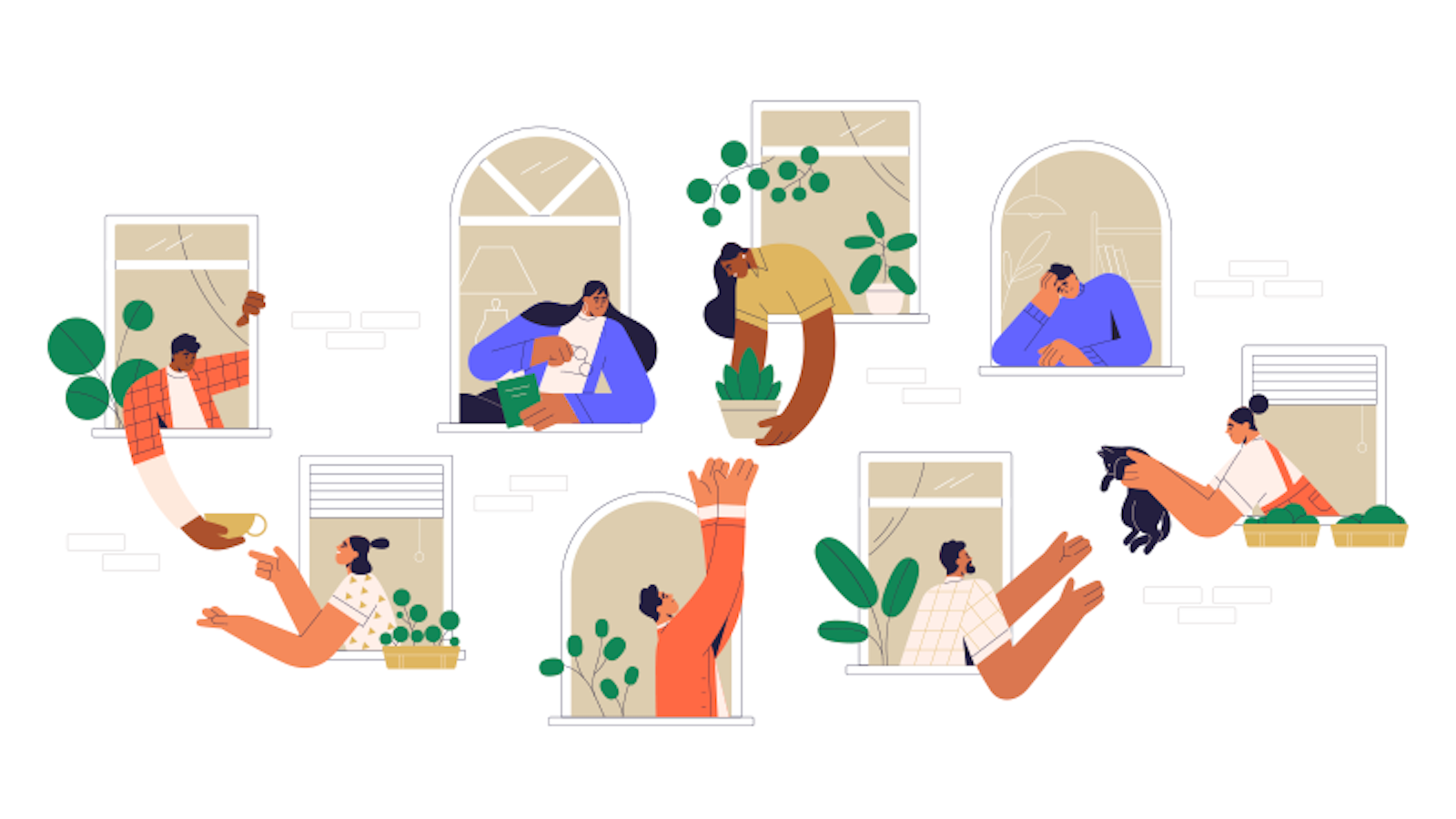 In late summer 1978, tensions broiled between then Egyptian President Anwar el-Sadat and Israeli Prime Minister Menachem Begin. For nearly two weeks, United States President Jimmy Carter and scores of advisors struggled to help the leaders reach an agreement that would end decades of fighting between the two countries. The high-stakes meeting at Camp David seemed to have crumpled under the weight of the conflict as Begin reportedly called off negotiations and asked President Carter to call him a car.

While Begin was packing up to go—and leave behind the possibility of regional detente—President Carter brought in eight copies of a photograph of the three leaders together. On each he had written the name of one of Begin’s grandchildren and a note about his own hope for peace in the future.

Upon looking over these inscriptions, Begin’s countenance changed. He “put his bags down, and he said, ‘Mr. President, I’ll make one last try,’” recalled former Domestic Affairs Advisor Stuart Eizenstat in 2018. Begin then acquiesced on a central point of contention, and the Camp David Accord was reached, resulting in a formal treaty that has held ever since.

Mental time travel might help us to circumvent impulsive choices or opportunistic motivation.

What changed in Begin’s mind in that instant? According to researchers Olga Maria Klimecki-Lenz, Patricia Cernadas Curotto, and their colleagues, it was an opportunity for Begin to think about the future—if even for just a fleeting moment—that shifted his approach, like a change in weather, to orient toward cooperation. At least that was their working hypothesis.

Plenty of research has shown that thinking about the future can shift our intentions to behave better, from planning to save more money for retirement to helping out in a theoretical situation.

But do these intentions translate to a change in our behavior? This is what Klimecki-Lenz, who is a neuroscientist and psychologist, as well as a practicing mediator who has worked with diplomats and heads of state, and Cernadas Curotto, a psychology researcher at the University of Geneva in Switzerland, and their colleagues set out to answer through a study published earlier this year.1

To probe the theory, they asked study participants to spend just one minute thinking of either as many things as possible that might happen to them in the next year or as many animals as they could. Next each participant played the Zurich Prosocial Game. In the game, the players race against a clock to navigate through mazes and score points by collecting treasures. On the screen they can see another “player” navigating different paths to different treasures. As obstacles appear before the players, the participant has the ability—but not the instruction—to help remove them for the other player. Those who had spent their fleeting minute thinking about the future helped the other player much more often, suggesting that just a brief mental trip into the future can actually make people behave more generously toward others.

In a world so rife with strife—personal and political—such a simple mental exercise seems incredibly alluring. We checked in with Klimecki-Lenz and Cernadas Curotto to learn more.

In your recent study, you asked participants to think about the future for just one minute. And they could think about things that were positive, negative, or just neutral. Can such a short mental exercise really impact how we behave?

Klimecki-Lenz: We hoped it would impact participants’ behavior, but we were not sure. So when the results came in, we were surprised ourselves to find that the effect was so clear. Yes, our research shows that just one minute of future thinking is enough to promote prosocial behavior.

I think this is a powerful message for those wanting to incite prosocial action in contexts where there is little time. We also know from conflict research, that indirect interventions, i.e. interventions that do not obviously target any behaviors or interpersonal relations, can bring about the most change. So thinking about the future is a powerful way to promote prosocial behavior in an indirect way.

Cernadas Curotto: Further research is needed to confirm our findings—and also to observe whether these effects persist.

Why might this sort of exercise of thinking about the future induce people to act more prosocially?

Klimecki-Lenz: As to the why, we do not know yet, but there are a few ideas that might be worthwhile to test. A first hint is found in our cross-sectional data showing that positive future oriented thoughts are associated with more prosocial behavior. It thus seems that a positive outlook to the future is helpful. We also know from other research that excessive worry or rumination are oftentimes not very productive. So maybe it is indeed a positive orientation toward the future. At the same time, thinking about the future in general may make one’s current needs seem less important. Again, this is also a hypothesis and it would be worthwhile to test it.

Cernadas Curotto: Some researchers suggest that mental time travel might help us to circumvent impulsive choices or opportunistic motivation. Past research has shown that generating mental simulations could foster prosocial intentions through mechanisms such as perspective-taking.

As a human species we advance through cooperation and altruism.

In parallel, it has been proposed that both mental simulations (future thinking and perspective-taking) rely on common regions of the brain. Thus, if we imagine a future scene, these brain regions are recruited, and this might facilitate other types of mental simulations such as viewing others’ mental states.

What are the implications for these findings, as we think about our own interactions and lives?

Klimecki-Lenz: If we think about the future more often, we will become more likely to help each other. It also means that if we want others to behave in a more prosocial way, it may help to invite them to think about the future. This can apply to friends, family members, colleagues, and so forth.

Do you see limitations of scale for applying this sort of approach to larger societal problems or conflicts?

Klimecki-Lenz: Yes, so far it is a hypothesis that thinking about the future in larger societal problems or conflicts can bring about more prosocial behavior. Our results encourage future research in this direction. I hope that future studies will give us insights into when and how future thinking can be applied to promote prosocial behavior in some of the larger societal problems or conflicts.

Cernadas Curotto: In this study, we tested future thinking at the interpersonal level, so further research is required on the application of this intervention at the intergroup level. Nevertheless, future thinking has already been used in important international negotiations, such as the Camp David Accords between Egypt and Israel in 1978. Therefore, this type of intervention could be useful in intergroup conflict resolution to unfreeze or disarm a negotiation.

If you had a prescription for people based on what you’ve learned in your research, what would it be?

Cernadas Curotto: We are very fortunate to be able to mentally travel in time, and it is an ability worth using! Our research has shown that future thinking is related to adaptative behaviors such as helping others. We also found preliminary evidence that this link could be extended at the personality trait level: Participants who reported more frequent (positive) mental travel in time (past or future), also reported more prosocial behaviors. So, it might be interesting to intentionally take a few minutes each week or day, to imagine our future—as it might strengthen constructive relationships.

Why are you interested in promoting prosocial behavior—what drew you to this area of research?

Klimecki-Lenz: As a human species we advance through cooperation and altruism. These are key elements that hold our society together, help us thrive, and help us be connected and creative. There are times when prosocial behavior becomes difficult, for instance in conflicts or disputes. A key question for me is to map out a range of interventions that help to promote prosocial behavior in different contexts.

What do you hope to study next?

Klimecki-Lenz: We recently moved more into the field of interpersonal and inter-group conflicts to test whether and how longer interventions can help to promote the resolution of conflicts.

Cernadas Curotto: I am very optimistic about brief and indirect interventions to promote constructive relationships, and future thinking seems to be one of those interventions. I am also inspired by Jamil Zaki and his work on manipulating beliefs and perceptions related to empathy.2 He has shown that these manipulations can have a beneficial effect on people’s empathy levels. I now want to create and test similar interventions in different settings and observe under which conditions one is more effective than the other.