Although Einstein’s theory of space-time seems more complicated than Newtonian physics, it greatly simplified the mathematical description of the universe. 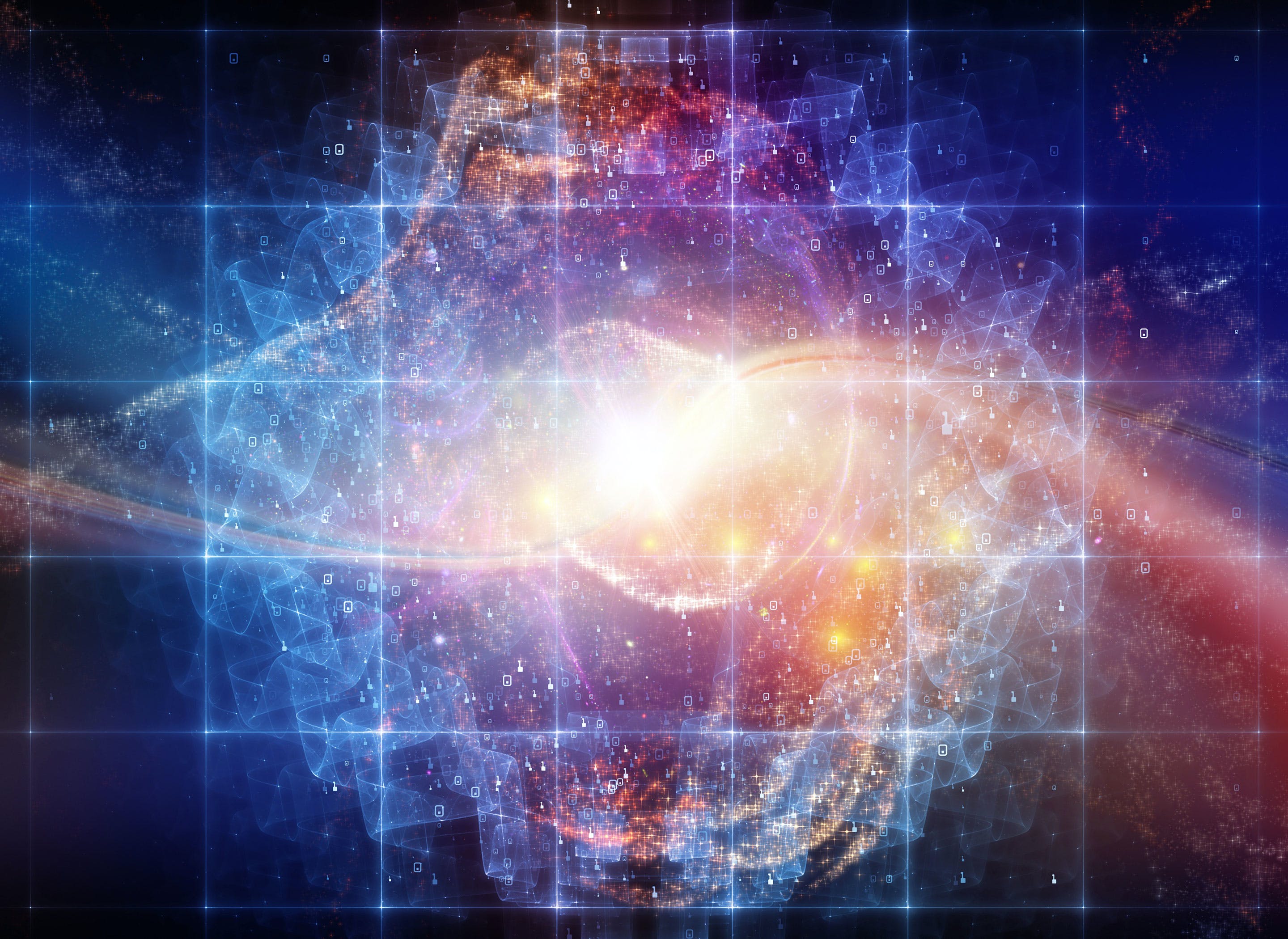 Isaac Newton and other premodern physicists saw space and time as separate, absolute entities — the rigid backdrops against which we move. On the surface, this made the mathematics behind Newton’s 1687 laws of motion look simple. He defined the relationship between force, mass and acceleration, for example, as F⃗ =ma⃗ .

In contrast, when Albert Einstein revealed that space and time are not absolute but relative, the math seemed to get harder. Force, in relativistic terms, is defined by the equation F⃗ =γ(v⃗ )3m0a⃗ ∥+γ(v⃗ )m0a⃗ ⊥.

But in a deeper sense, in the ways that truly matter to our fundamental understanding of the universe, Einstein’s theory represented a major simplification of the underlying math.

His 1905 theory of special relativity showed that there’s a give-and-take to space and time, which together make up the bendy, warping “space-time” fabric. Thinking this way led him and others to a closer examination of the symmetries of the universe, or all the ways you can shift, rotate and move through it and still measure the same separation between objects or events as before. It is in the language of these symmetries that relativity simplified our mathematical description of the universe.

In fact, the math becomes even nicer when the expansion of space-time is taken into account. As the physicist Freeman Dyson pointed out, any mathematician who had thought about this while studying Einstein’s theory in its early years “would have correctly predicted the expansion of the universe 20 years before it was discovered observationally by [Edwin] Hubble.”

To understand how the symmetries underpinning our description of nature have simplified, even as the equations and concepts have grown thornier, imagine you’re the timekeeper at a 100-meter dash. In Newtonian physics, the distance between the start and finish lines and the time a sprinter takes to traverse that distance don’t depend on your point of view. You can carry your clock to a different place or hold the race at a different time, turn the clock upside down, or hop in a car and drive alongside the sprinter, and still you’ll record the same time as before, according to the equations. In other words, there are 10 “symmetries” of absolute space and time: rotations in any of three spatial directions (x, y and z), motion in those directions, and shifts to new positions in x, y, z and time. They’re known as the Galilean transformations.

But those are not the true symmetries of nature.

Instead, as Einstein discovered, space and time are inextricably bound. If you move too fast through space, time necessarily slows down—a consequence, he realized, of the fact that nothing travels faster than the speed of light through both space and time together. This finite speed limit forces motion through space to curb motion through time, so that measured distances and durations depend on the state of motion of the measurer. Driving alongside the sprinter actually slows your clock relative to the stopwatch of someone in the bleachers. And yet, as Einstein’s former teacher, the geometer Hermann Minkowski, showed in 1908, the “space-time interval” between two events—each person’s combined measurements of the length of the racetrack and the sprinter’s time—always stays the same regardless of one’s point of view.

Minkowski discussed the improved symmetries of space-time in 1908. (The mathematician Henri Poincaré independently identified these more unified symmetries two years earlier without appreciating their significance.) However, as Dyson observed many decades later, Minkowski “failed to carry his argument to its logical conclusion.” If he had, a further simplification of the universe’s symmetries might have suggested itself.

This is because the Poincaré symmetries still assume an infinity by specifying ways of transforming flat space-time, which extends uniformly forever in all directions. When the radius of the universe is finite—that is, when the space-time fabric looks like the surface of an enormous sphere rather than an infinite sheet of paper—the 10 Poincaré symmetries are replaced by a new group of 10 transformations known as the de Sitter group. The spherical and flat symmetries morph into each other, just as rotations on a sphere look like translations in the x and y directions on a plane when the sphere is big enough. But in the same way that the finite speed of light simplifies things, the finite radius makes the de Sitter group simpler and more unified than the Poincaré group.

The Dutch mathematician and physicist Willem de Sitter worked out the finite, spherical “de Sitter universe” solution to Einstein’s equations in 1917. In a de Sitter universe, the space-time fabric is infused with energy, which not only causes it to curve like a sphere, but also makes it expand over time. Indeed, the real universe is expanding, as Hubble’s observations of receding galaxies showed in 1929. And space-time is indeed infused with energy—the “dark energy” discovered by astronomers in 1998. So do we live in a de Sitter universe, described by the simple de Sitter group of symmetries? The strange answer is: We will eventually.

Right now, the perfect de Sitter symmetries of space-time are broken by all the stuff that makes one place different from another. “You and I break rotational invariance,” said Nima Arkani-Hamed, a physicist at the Institute for Advanced Study in Princeton, New Jersey, where Dyson is a fellow professor.

Particles, planets, people and all other symmetry-breaking stuff stems from differences that arose during the Big Bang. As the universe inflated into existence, quantum jitter in the space-time fabric grew into macroscopic variations, which evolved into the galaxies and voids and other structures seen today. If space-time’s symmetries hadn’t spontaneously broken at the outset, the universe would now be empty and uninteresting—and no one would be around to see it. Broken symmetries are necessary for existence.

But as the expansion of the universe accelerates due to dark energy, all its present variations will get smoothed out like wrinkles on the surface of an inflating balloon. The universe becomes “bigger and more dilute as time goes on, driving us closer and closer to the vacuum state,” Arkani-Hamed explained. Eventually, different points of view will become truly indistinguishable. “In that vacuum state we get to see that symmetry.”

Arkani-Hamed describes the de Sitter symmetry group as an “attractor” state that the fabric of space-time naturally tends toward. But why the universe respects the 10 de Sitter symmetries only in the infinite future, while subtly breaking them in the meantime, is “a deep question,” he said. He noted that, historically, physicists have had to dig to find the hidden, approximate, eventual symmetries of nature. “The fact that they are there is clearly some deep clue.”