How the Cosmic Dark Ages Snuffed Out All Light

The recent discovery of some of the first galaxies in the universe illuminates the darkest era in cosmic history. 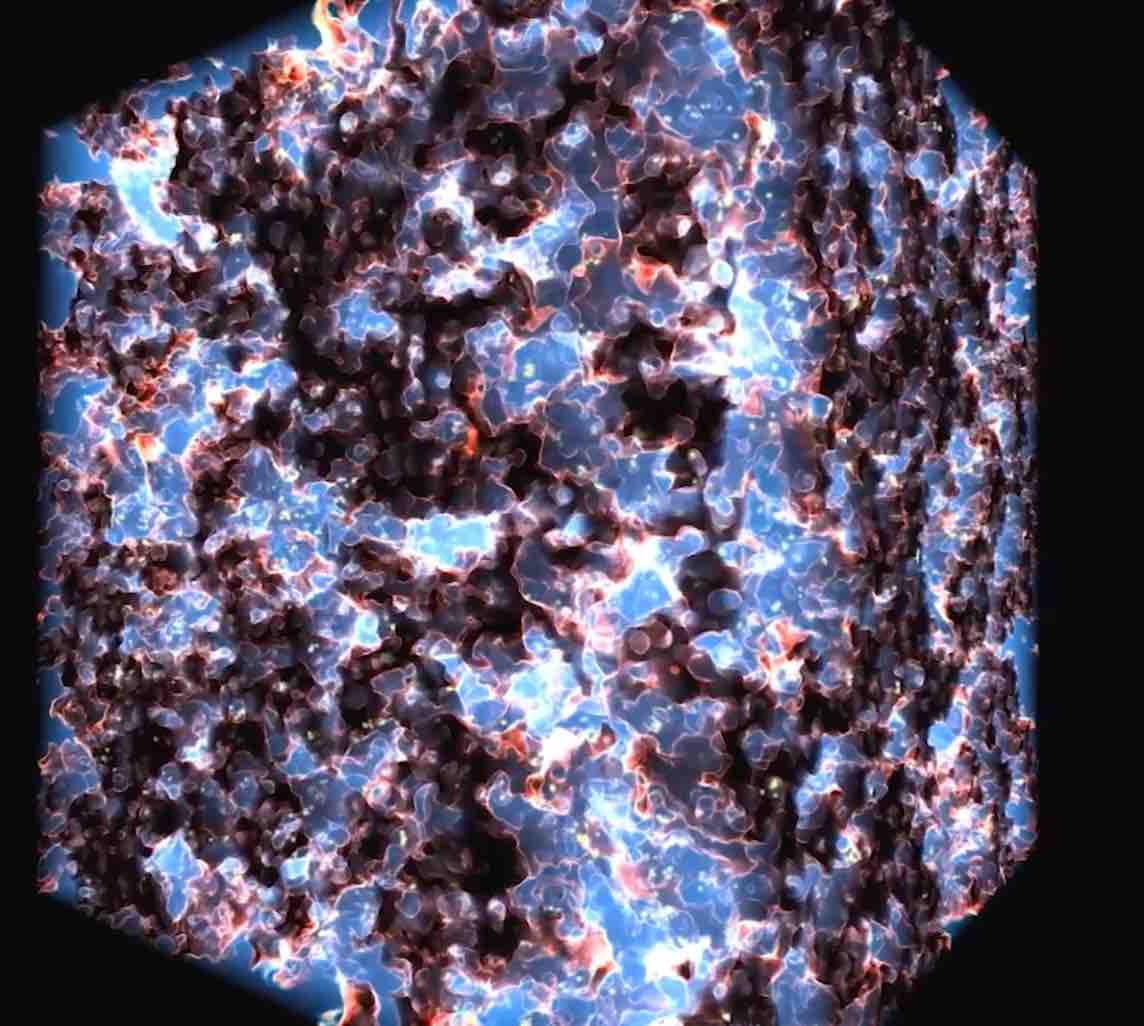 Darkness isn’t always the absence of light. It can also be the inability of light to get very far.

And just as the brightest headlight can be blocked by a thick fog, the first stars in the universe were shrouded by their immediate surroundings. Astronomers call this time period the cosmic dark ages, and they are slowly unraveling the mystery of how and when it ended.

The obvious challenge is that astronomers rely on light. Without it, direct observational evidence of anything is hard to come by. Even so, findings presented in January of 2020 at the meeting of the American Astronomical Society, show the earliest direct evidence to date of the time when the cosmic fog lifted, allowing light from the infant universe to travel unimpeded.

What Made the Fog?

When light encounters matter, a number of things can happen. The light can bounce back off as if the matter were a mirror, or the light can pass straight through as if through glass, or in some special cases it can get absorbed. The special cases occur when the energy of the light corresponds exactly to an energy transition in the atom it is encountering. When that happens, the atom absorbs a photon of light and uses that energy to boost the energy of its own electron.

In the first moments after the Big Bang, there were no atoms around. Light still couldn’t travel far, however, because it ricocheted off free electrons at every turn. Then the first hydrogen atoms formed, and the photons no longer bounced around. What’s more, most photons’ energies didn’t correspond exactly to a hydrogen transition, so they were free to shoot off into the universe. That’s why the cosmic microwave background, which dates from this time, is often called a “snapshot” of the universe 380,000 years after the Big Bang.

Fast forward another few hundred million years. Hydrogen gas fills the universe. As the gas clumps together under the effect of gravity, the first stars are born. But here’s the catch: Since the stars and the gas are made of the same stuff, much of the light emitted by the stars is at just the right energy to be reabsorbed by the hydrogen surrounding them. The photons never make it out of their cosmic neighborhood. To earthbound astronomers looking back today, the stars are obscured in a fog of hydrogen.

How Did the Fog Lift?

More time passes. Galaxies continue to form stars, and the stars continue to shine. Occasionally, a photon has enough energy to entirely dislodge the electron in the hydrogen atom, ionizing the atom. This ionized hydrogen doesn’t have any electrons, and so it doesn’t absorb light. As a result, starlight is free to zoom past it.

Given enough time, the photons will ionize most of the hydrogen surrounding a galaxy, clearing the fog entirely and allowing starlight to begin its long journey across the universe to us.

“Imagine a blast wave through that cloud of gas, but it’s not sound,” said Jon Willis, an astronomer at the University of Victoria. “It’s photons, and those photons are basically making a bigger and bigger ionized bubble of gas until you get to the point where the photons can actually escape.”

The cosmic epoch in which this took place is known as the epoch of reionization. Astronomers think that it concluded around 1 billion years after the Big Bang—an important milestone in the early universe. “There is this wonderful physical transition when this veil of neutral hydrogen is lifted,” said Willis. “This is the period when the astrophysics of the stuff we see today is just getting started.”

But reionization was far from an instantaneous process. “Reionization doesn’t happen all over the universe at exactly the same time,” said Steven Finkelstein, an astronomer at the University of Texas, Austin who was involved in the rresearch on the cosmic dawn. “It’s probably a little bit patchy.”

What We Can See

Finkelstein and his colleagues observed a cluster of three galaxies in the early universe that were emitting light of just the right energy to knock an electron from a hydrogen atom. (This light, called Lyman-alpha radiation, is emitted in the ultraviolet part of the electromagnetic spectrum, but by the time it travels through the expanding universe to reach us, it stretches into the infrared.)

Using the results of the Cosmic Dawn Survey, which scanned some of the darkest parts of the sky for infrared light, they narrowed in on a region that appeared especially bright. They then zoomed into this region using the Keck telescopes in Hawaii.

“A lot of studies have reported trouble finding Lyman-alpha at that time,” Finkelstein said. “The difference here is we found multiple galaxies with strong emissions all clustered in the same region.” These strong emissions are the earliest direct evidence of starlight from a cluster of galaxies ionizing enough hydrogen to be able to break through, around 680 million years after the Big Bang.

Astronomers are still trying to narrow down the window of time in which reionization occurred, as well as exactly how it occurred. While the prevailing theory is that starlight caused it, a competing idea is that the light from supermassive black holes was responsible.

“Once we know in detail when reionization happened, or how it evolved with time, then that can constrain very tightly models of exactly what kinds of forces powered reionization,” said Finkelstein. If it was starlight, questions still remain about the sources of that light: Did it come from the brightest and most massive galaxies, or from lots of tiny galaxies?

A new generation of telescopes, including the James Webb Space Telescope and the Wide Field Infrared Survey Telescope, is expected to take to the sky over the next few years to try and answer those questions. What’s more, they’ll be able to detect wavelengths that weren’t absorbed by the early hydrogen gas, which current telescopes cannot see. “It’s only a veil if you look at the wavelength where the hydrogen is absorbing,” explained Willis.

And once we see through that veil, who knows what secrets about the early universe could be waiting? “There were incredible things going on,” said Willis. “It’s just that the photons found it difficult to get from them to us.”