How the Physics of Resonance Shapes Reality

The same phenomenon by which an opera singer can shatter a wineglass also underlies the very existence of subatomic particles. 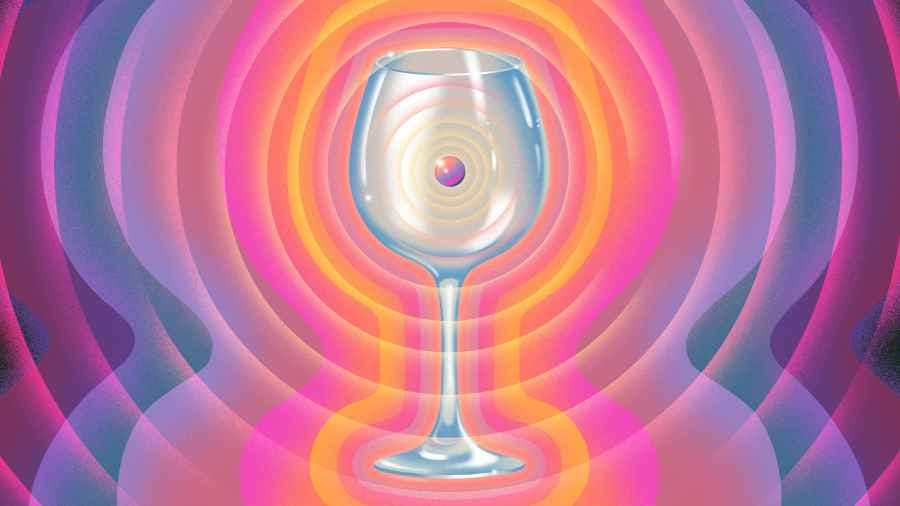 Almost anytime physicists announce that they’ve discovered a new particle, whether it’s the Higgs boson or the recently bagged double-charm tetraquark, what they’ve actually spotted is a small bump rising from an otherwise smooth curve on a plot. Such a bump is the unmistakable signature of “resonance,” one of the most ubiquitous phenomena in nature.

Resonance underlies aspects of the world as diverse as music, nuclear fusion in dying stars, and even the very existence of subatomic particles. Here’s how the same effect manifests in such varied settings, from everyday life down to the smallest scales.

In its simplest form, resonance occurs when an object experiences an oscillating force that’s close to one of its “natural” frequencies, at which it easily oscillates. That objects have natural frequencies “is one of the bedrock properties of both math and the universe,” said Matt Strassler, a particle physicist affiliated with Harvard University who is writing a book about the Higgs boson. A playground swing is one familiar example: “Knock something like that around, and it will always pick out its resonant frequency automatically,” Strassler said. Or flick a wineglass and the rim will vibrate a few hundred times per second, producing a characteristic tone as the vibrations transfer to the surrounding air.

A system’s natural frequencies depend on its intrinsic properties: For a flute, for instance, they are the frequencies of sound waves that exactly fit inside its cylindrical geometry.

The Swiss mathematician Leonhard Euler solved the equation describing a system continuously driven near its resonant frequency in 1739. He found that the system exhibited “various and wonderful motions,” as he put it in a letter to fellow mathematician Johann Bernoulli, and that, when the system is driven precisely at the resonant frequency, the amplitude of the motion “increases continually and finally grows out to infinity.”

Driving a system too hard at the right frequency can have dramatic effects: A trained singer, for instance, can shatter a glass with a sustained note at its resonant frequency. A bridge resonating with the footsteps of marching soldiers can collapse. But more often, energy loss, which Euler’s analysis neglected, prevents the motion of a physical system from growing unchecked. If the singer sings the note quietly, vibrations in the glass will grow at first, but larger vibrations cause more energy to radiate outward as sound waves than before, so eventually a balance will be achieved that results in vibrations with constant amplitude.

Now suppose the singer starts with a low note and continuously glides up in pitch. As the singer sweeps past the frequency at which the wineglass resonates, the sound momentarily grows much louder. This enhancement arises because the sound waves arrive at the glass in sync with vibrations that are already present, just as pushing on a swing at the right time can amplify its initial motion. A plot of the sound amplitude as a function of frequency would trace out a curve with a pronounced bump around the resonant frequency, one that’s strikingly similar to the bumps heralding particle discoveries. In both cases, the bump’s width reflects how lossy the system is, indicating, for instance, how long a glass rings after it is struck once, or how long a particle exists before it decays.

But why do particles behave like humming wineglasses? At the turn of the 20th century, resonance was understood to be a property of vibrating and oscillating systems. Particles, which travel in straight lines and scatter like billiard balls, seemed far removed from this branch of physics.

The development of quantum mechanics showed otherwise. Experiments indicated that light, which had been thought of as an electromagnetic wave, sometimes behaves like a particle: a “photon,” which possesses an amount of energy proportional to the frequency of the associated wave. Meanwhile, matter particles like electrons sometimes exhibit wavelike behavior with the same relation between frequency and energy.

In 1925, inspired by this correspondence, the Austrian physicist Erwin Schrödinger derived an equation for the hydrogen atom whose solutions are waves oscillating at a set of natural frequencies, much like the solutions to equations governing the acoustics of wind instruments.

Each solution to Schrödinger’s equation represents a­­ possible state of the atom’s orbiting electron. The electron can hop up to a higher-energy state by absorbing a photon whose frequency makes up the difference between the two states’ natural frequencies.

Blast the vacuum of empty space hard enough at the right frequency, and out will pop a bunch of particles.

Such transitions are themselves a form of resonance: Just like a wine glass, an atom only absorbs energy from waves with specific frequencies, and it can also shed energy by emitting waves with those same frequencies. (When excited at precisely the right frequency, certain atoms will oscillate for more than 10 quadrillion cycles before releasing their energy as photons—extremely sharp atomic resonances that form the basis for the world’s most precise atomic clocks.)

Quantum theory revealed that the structure of atoms, no less than the structure of symphonies, is intimately tied to resonance. Electrons bound to atoms are a little like sound waves trapped inside flutes. As for the atomic nuclei, further advances in the 1930s showed that many kinds of atomic nuclei only exist in the universe today because of resonance. Resonant transitions are critical to the nuclear fusion reactions that transmute one type of atomic nucleus into another. The most celebrated of these nuclear resonances enables the fusion of three helium nuclei into one carbon nucleus. Without this, stars would not be capable of producing carbon or heavier elements, and life as we know it would not be possible.

But the roots of resonance in fundamental physics lie deeper. In the late 1920s physicists began to develop a powerful mathematical framework known as quantum field theory that remains the language of particle physics to this day. In quantum field theory, the universe’s truly elementary entities are fields that fill all space. Particles are localized, resonant excitations of these fields, vibrating like springs in an infinite mattress. The frequencies at which quantum fields prefer to vibrate stem from fundamental constants whose origins remain obscure; these frequencies in turn determine the masses of the corresponding particles. Blast the vacuum of empty space hard enough at the right frequency, and out will pop a bunch of particles.

In this sense, resonance is responsible for the very existence of particles. It has also increasingly become the workhorse of experimental particle physics. When measuring how often specific combinations of particles are produced in high-energy collisions, physicists see pronounced peaks in the detection rate as they vary the collision energy: new manifestations of the universal resonance curve. “As with the wineglass, you’re sweeping through a system that wants to resonate,” said Strassler. “You’ll make anything vibrate that can.”

In the 1950s and ’60s, physicists saw many more peaks than they had expected, and at first nobody knew quite what to make of them. Many of the bumps were very broad, suggesting the existence of particles that stuck around for barely more than a trillionth of a trillionth of a second. Unlike more familiar particles that can be detected directly, these newcomers could only be observed through the process of resonance.

Physicists later appreciated that these new ephemeral particles were fundamentally no different from protons and neutrons, save for their short lifetimes. Even so, short-lived particles are often simply referred to as “resonances”—a testament to a phenomenon that has played a surprisingly central role in expanding our understanding of the world.

Ben Brubaker is a freelance science journalist whose writing has appeared in Quanta Magazine, Scientific American and The Conversation, as well as on his blog, Measuring in Reflection. He has a Ph.D. in physics from Yale University and conducted postdoctoral research at the University of Colorado, Boulder.