How to Talk to Aliens

A conversation with the linguist who helped Amy Adams communicate with aliens in Arrival. 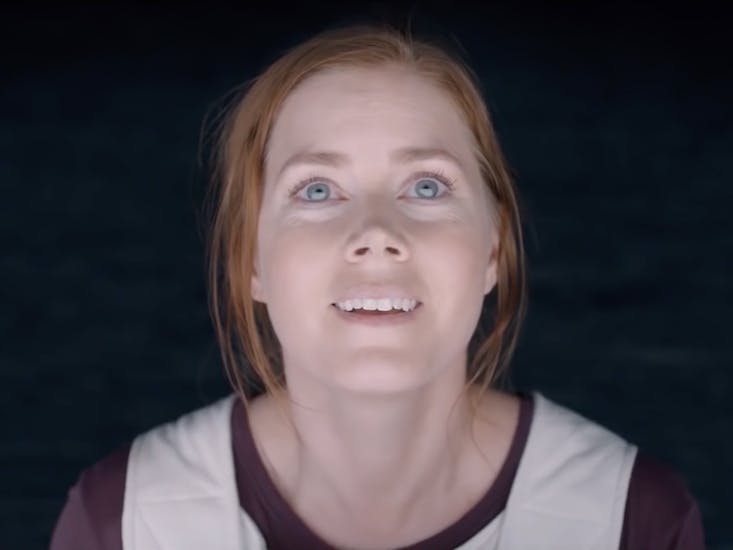 Earlier this year, when Amy Adams was in Montreal working on the sci-fi movie Arrival, which came out on November 11, she hung out with linguist Jessica Coon. In the film, Adams plays a linguist tasked by the United States government with deciphering a visiting alien’s language. The films producers tapped Coon, an associate professor in the department of linguistics at McGill University, as a scientific advisor because she specializes in studying languages spoken by relatively few people, notably Mayan tongues in Central America. Coon says chatting about her work—analyzing the structure of rare languages, working in the field—with Adams is probably the most glamorous thing she will ever do in her academic life.

Imagine a kid or even a linguist learning a human language that is completely unstudied.

I spoke with Coon about a different sort of urgency—the one Adams’s character feels under the pressure of having to quickly figure out an alien tongue as well as the thrill of working on an alien-invasion film about a linguist.

How similar is your own work on exotic languages to the work of Adams’ character in the movie?

If we want a theory about human language as a whole, we need to get out there and really understand the grammars and the properties of exotic languages and less-studied languages. I’m working on Chuj, which is a Mayan language spoken in Guatemala by a small group of speakers, looking into the structural properties of the language and trying to determine if our current theory of syntax adequately captures all of the differences we see in Mayan ones, or do we need to make modifications here and there.

I think the film does a really nice job of representing some things about the fieldwork experience. When the military generals are on Adams’ case like, “Hurry up, we need to know this now. This is urgent, you can’t be starting with the basics here.” She was like, “No, we have to start from the basics because you can’t just go straight to something super complex.” The room for misunderstanding is huge and the consequences are big in this case. She does a nice job of explaining that, in science, we can’t go straight to the enormous theoretical question. We have to make sure we’re starting on a solid foundation of simpler things.

A lot of the world doesn’t actually know what linguists do.

There’s this scene that’s even in the trailer where Forest Whitaker comes into Amy Adams’ office and says, “You’re at the top of everyone’s list when it comes to translation.” I guess the backstory for why she’s the one that they get is that she already has this high military-security clearance because she had been asked to do some Farsi translating. Farsi is spoken by millions of people. It’s a national language, so of course the U.S. military has Farsi translators. They’re not bothering academics.

It’s about testing out current theories and the predictions that our theories make against these less studied languages, and a lot of progress is being made here. It’s urgent because a lot of these languages are endangered. There’s somewhere between 6,000 and 7,000 languages spoken in the world today, but according to some estimates, up to 90 percent of them might be no longer spoken by the end of this century. Just as in biology, any time an animal species or a plant species becomes extinct, the same problem happens in linguistics where we’re potentially losing some really important piece of the puzzle of how human language works.

This article was originally published on Nautilus’ Facts So Romantic blog in November of 2016.