How to Turn Air Pollution into Gleaming Diamonds

To change the status quo of a notoriously destructive industry, Aether found a way to produce a cleaner and more ethical diamond. 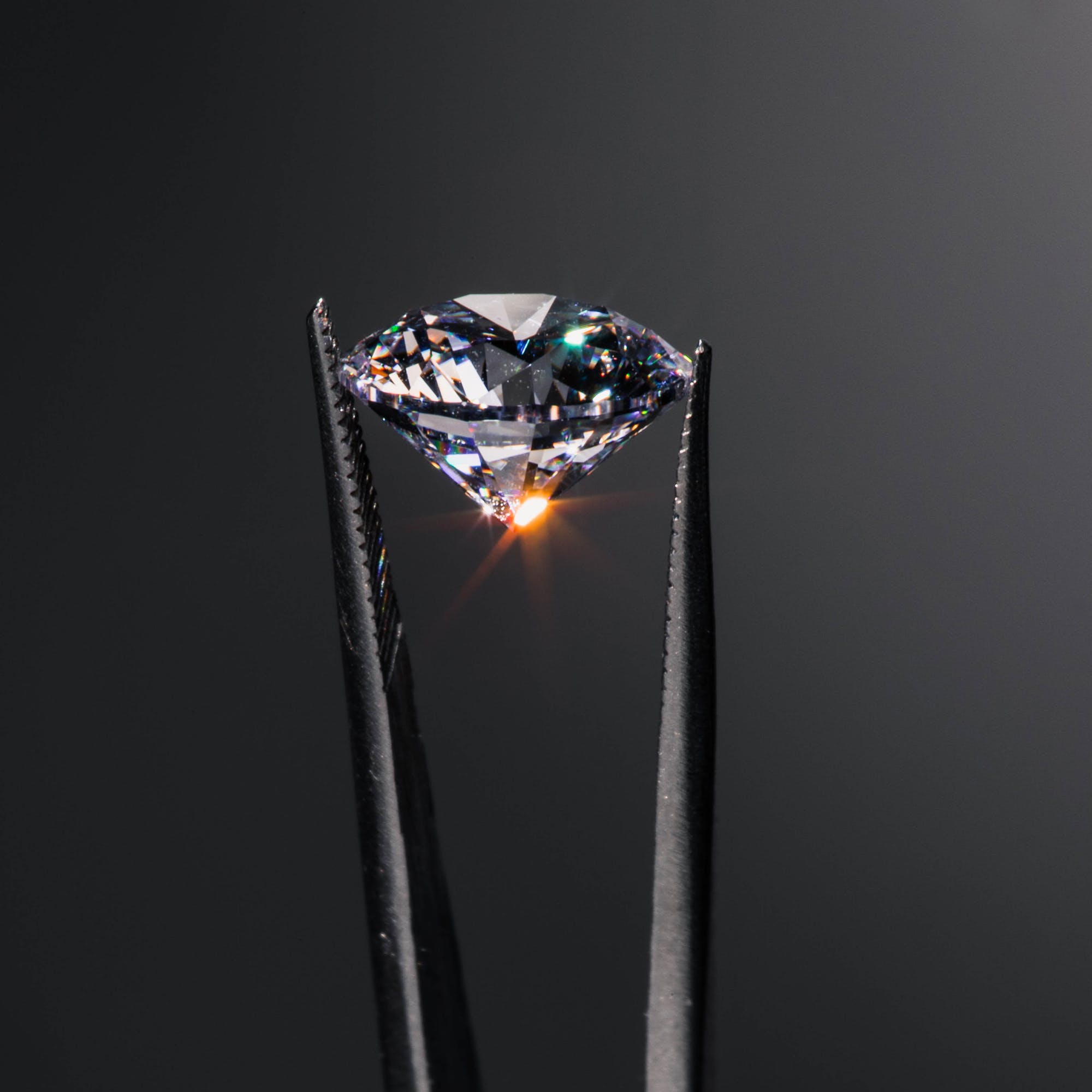 Mining diamonds is a notoriously destructive and exploitative process, both socially and environmentally. On a mission to produce diamonds sustainably and ethically, one company discovered a way to—quite literally—pull diamonds out of thin air.

According to the International Gem Society, 250 tons of soil are moved for each carat of mined diamond, wreaking havoc on ecosystems, wildlife, and the water table. Nearly 20 years have passed since the United Nations established the Kimberley Process, a certification to address human rights abuses in the mining industry and eradicate conflict diamonds from the global market. Also known as “blood diamonds,” conflict diamonds are mined in rebel-controlled areas and sold to help finance armed conflicts. The Human Rights Watch says that rebel rule, forced labor, and violence are still rampant in the industry.

Several years ago, Ryan Shearman was speaking to Dan Wojno, a former colleague from the jewelry industry who was living in Bangkok at the time. Wojno reported that air pollution in the area was so bad on some days that people wore masks. Inspired, they hatched an idea: If air pollution is mostly carbon-based, and diamonds are purely carbon, then why can’t we make diamonds directly from pollution?

Shearman and Wojno later co-founded Aether, a company that pulls carbon dioxide out of the air and transforms it into diamonds. Their goal isn’t to just erase their impact on the planet, but to leave a positive one.

“At its core, Aether as a company started with sustainability built into it. It’s not a thing where sustainability and environmentalism is a side part of what we’re doing—it’s at the core of what we do and inextricably linked,” says Robert Hagemann, co-founder and Chief Marketing Officer of Aether.

Air capture equipment managed by Climeworks, a partner company based in Switzerland, vacuums CO2 from the air and traps it in a specialized filter. The unit then heats the CO2 up to around 200 degrees Fahrenheit, producing a clean, concentrated product. From there, the CO2 is sent to a facility where it undergoes hydrolysis—a chemical reaction in which H2O molecules break down the CO2’s bonds, ultimately producing methane, CH4.

That methane becomes the raw material for a chemical vapor deposition reactor, which acts like an incubator for diamonds. A tiny “seed” of a diamond is placed in the reactor, which looks like a sideways refrigerator, and is then filled with methane and other gases. With a blast of a microwave, the hydrogen and carbon of the methane break apart, and the carbon trickles down onto the seed and bonds with it. The diamond is grown atom by atom for a few weeks until it’s ready to be cut, polished, and set in jewelry. The finished product is indistinguishable from a mined diamond—it has the exact same chemical makeup and is just as clear and luminous.

Lab-grown diamonds have gained traction within the last decade or so as consumers became more aware of the environmental and social impacts of diamond mining. But just because a gem is manufactured instead of mined doesn’t automatically mean that it was sustainably produced.

Hagemann explains that a diamond reactor requires two inputs: energy to fuel it and the raw material, carbon. The reactors can be powered with green energy sources, but for regular lab-grown diamonds the carbon is often sourced from fossil fuels, obtained through drilling and fracking—two destructive practices that contribute to climate change.

“So even though [brands are] claiming to be environmentally-friendly, relying on drilling and fracking for their raw materials doesn’t really seem sustainable,” Hagemann says. “Some [lab-grown diamonds] are better than mined diamonds, for sure, but most rely on dirty energy to power their reactors … and on fossil fuels as the source of their carbon.”

Aether’s goal wasn’t to just design a more sustainable diamond, but to actively make the world better. Beyond trapping CO2 molecules from the atmosphere, the manufacturing process is completely powered by renewable energy sources. In fact, Aether is the first company to produce carbon-negative diamonds, meaning they remove more CO2 from the atmosphere than they use in production.

One way Aether goes beyond carbon-neutrality is by offsetting 20 metric tons of CO2 for every carat sold. In general, carbon offsets help individuals or corporations compensate for their carbon footprint by pulling CO2 out of the air through methods such as reforestation or direct air capture, which will make up for the emissions produced.

By committing to clean, ethical manufacturing and carbon offsets—even going as far to help customers cut the environmental effects of their weddings—Aether is redefining what it means to be a diamond company in a historically destructive and cruel industry. Beyond that, they’re proving that even the most luxurious products, such as diamonds, can be innovatively produced without risking people and the environment. In fact, doing so adds to the product’s value, not diminishes it.

“We think that the status quo is something that should be shaken up,” Hagemann says, “Especially in long-standing industries, like the diamond industry that has a really horrible history of environmental destruction, social justice issues, and civil rights issues. The way you bring about change is by doing something radical.”

When you purchase an Aether diamond, $100 of your purchase will go to the NautilusThink Ocean Fund to support 30×30–a global initiative to designate 30% of the world’s land and oceans as protected by 2030–and you’ll receive a complimentary one-year subscription to Nautilus Digital+Print. That means less carbon, more beauty, and more knowledge.

Visit aetherdiamonds.com/Nautilus for the promotion to be automatically applied.