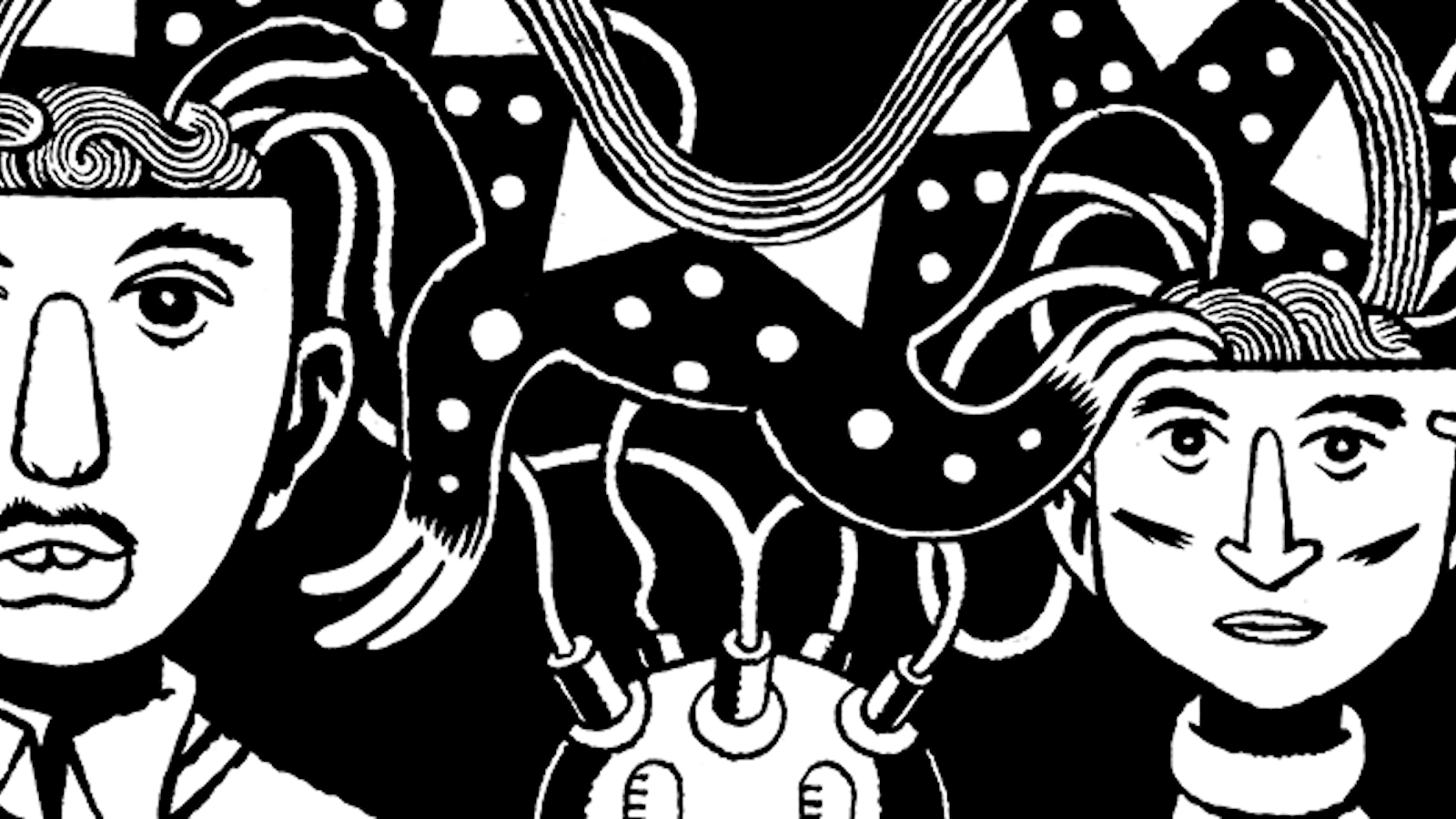 My father, a neurologist, once had a patient who was tormented, in the most visceral sense, by a poem. Philip was 12 years old and a student at a prestigious boarding school in Princeton, New Jersey. One of his assignments was to recite Edgar Allan Poe’s The Raven. By the day of the presentation, he had rehearsed the poem dozens of times and could recall it with ease. But this time, as he stood before his classmates, something strange happened.

Each time he delivered the poem’s famous haunting refrain—“Quoth the Raven ‘Nevermore’ ”—the right side of his mouth quivered. The tremor intensified until, about halfway through the recitation, he fell to the floor in convulsions, having lost all control of his body, including bladder and bowels, in front of an audience of merciless adolescents. His first seizure.

When my father heard this story, he decided to try an experiment. During Philip’s initial visit, he handed the boy a copy of The Raven and asked him to read it aloud. Again, at each utterance of the raven’s gloomy prophecy, Philip stuttered. His teeth clenched and his lips pulled sideward as though he were disagreeing with something that had been said. My father took the poem away before Philip had a full-blown fit. He wrote a note to the boy’s teacher excusing him from ever having to recite another piece of writing. His brain, my father explained, had begun to associate certain language patterns with the onset of a seizure.

By exploiting the rules that neurons use to learn new associations, these next-generation electroceuticals may enable permanent disease erasure.

The power of the nervous system lies in this ability to learn, even through adulthood. Networks of neurons discover new relationships through the timing of electrochemical impulses called spikes, which neurons use to communicate with one another. This temporal pattern strengthens or weakens connections between cells, constituting the physical substrate of a memory. Most of the time, the upshot is beneficial. The ability to associate causes with effects—encroaching shadows with dive-bombing falcons, cacti with hidden water sources—gives organisms a leg up on predators and competitors.

But sometimes neurons are too good at their jobs. The brain, with its extraordinary computational prowess, can learn language and logic. It can also learn how to be sick.

People who experience a single random seizure, for instance, are 50 times more likely to become epileptic than someone who has never had one.1 Like Philip’s raven, the same stimuli that preceded the first fit—such as anxiety or a particular musical passage—more readily trigger future episodes. And the more often seizures occur, the stronger and more pervasive the underlying neural network may become, potentially inducing more widespread or more violent attacks.

My father told me about another patient, James, a doctor in his 50s who had arthritis of the spine. He was in so much agony that surgeons had destroyed the sensory nerves relaying pain sensations from his lower body. And yet years after the procedure—after his back and legs could no longer send these signals to his brain—he continued to feel pain exactly as he had before. The mere act of putting on socks was tortuous.

Recent studies explain why: Like many people with chronic pain, James’ original injury had activated pain circuits in the brain so often and with such intensity that these pathways became sensitive to even the most innocuous stimulus, such as a gentle touch.2 The constant physical distress, in other words, had created a “pain memory.” Just as you may remember the taste of a first kiss, James’ brain recalled the feeling of pain long after his body had stopped registering it.

Other afflictions, too, can be learned in this way. Obsessive-compulsive disorder, post-traumatic stress disorder (PTSD), addictions, and even certain digestive maladies seem to be characterized by neuronal couplings that have become overly strengthened, like a well-trodden path. This commonality gives doctors a reason to be optimistic: If disease can be learned, couldn’t it just as well be unlearned?

Danny Glover always knew a seizure was coming when he heard the noise—a soft ringing that intensified until it was unbearable. The American actor and director had his first fit when he was 15. He lived with epilepsy for nearly two decades until one day in 1977, when Glover was 31, he found a way to fight back.

The French cartoonist Pierre-Francois Beauchard, who uses the pen name “David B,” recounts a similar experience in his autobiography Epileptic. The graphic novel swings between his epileptic brother’s physical and mental deterioration and Beauchard’s growing obsession with drawing battle scenes and monsters—fantasies that pull him into a trancelike state, allowing him to escape what he believes were his own fits. Unlike his brother, who becomes violent and unrecognizable, Beauchard emerges victorious. In one scene, he confronts his brother’s epilepsy, which he personifies as a dragon. Dressed in full battle regalia, he chops the beast to pieces, proclaiming, “I have prevailed over the disease that stalked me.”

What if we could wipe atrocities from our collective remembrance?

Neurologists believe that self-healing epileptics like Glover and, possibly, Beauchard purge their afflictions by learning to exert some control over the vagus nerve, which relays information between the brain and the organs. Its signals have a calming effect, reducing heart rate and blood pressure, for instance, or relieving anxiety. Stimulating the vagus nerve can also serve to quiet activity in the cortex, the outer rind of the brain where the vast majority of seizures begin. This cerebral silencing makes it harder for neurons to spike, thereby reducing the risk of a full-blown fit.

As part of the autonomic nervous system, your vagus nerve normally works without your conscious control. But you can willfully activate it if you know the right tricks. Have you ever seen a tired baby rub its eyes before drifting off to sleep? Simply pressing your eyeballs, it turns out, or massaging the carotid body, a tangle of nerves under your jaw, activates the vagus nerve and calms the nervous system.

It’s also possible, with practice or meditation, to manage many autonomic functions with thoughts alone.3 Some deep-sea divers, for example, can intentionally slow their metabolism to preserve oxygen. Yoga masters can lower their heart rates. And Tibetan monks can dramatically raise their body temperature in a breathing practice called tummo, or “inner fire.” Similarly, epileptic patients who don’t respond to medication can learn to mentally temper seizures by watching recordings of their brain activity and trying to magnify the signature of a restful state.4

Such volitional control, however, takes time and effort to master, and doesn’t always work. For these reasons, scientists are developing implantable technologies that use pulses of electricity to debug the neural circuits underlying disability and disease. These artificial regulators, known as “electroceuticals,” may one day accelerate the process of forgetting.

Today’s electroceuticals alleviate sickness only temporarily, disrupting intercellular traffic but otherwise leaving existing pathways intact. When they’re removed from the brain or body, a patient’s symptoms instantly return. A vagus nerve stimulator, for example, uses a permanent pacemaker-like generator to send gentle jolts through a flexible wire to a section of nerve in the neck. By passing a magnetic wand over the generator, patients can manually stop or shorten a seizure and, in experimental settings, slow a chronically racing heart.

Another popular technology is deep brain stimulation, or DBS, which treats a handful of disorders, including Parkinson’s, epilepsy, and major depression. It involves implanting a pin-like electrode into the offensive brain area and then continually bombarding the surrounding tissue with high-frequency pulses. The procedure is remarkably effective, especially considering that it’s used only after drugs have failed. In Parkinson’s patients, for example, DBS can reduce tremors by up to 90 percent.

Neuroscientists, however, are just beginning to understand how this therapy works. In some cases, the electrical pulsing seems to raise or reduce the threshold for neural activity by quieting or exciting a particular brain area. In other cases, it likely resets healthy communication between distant brain structures, which appear to swap information in part by synchronizing their neural activity at various frequencies. These rhythmic patterns are known as oscillations. Studies suggest that a region of the brain can “talk” to other regions by matching their oscillations, like amateur radio enthusiasts tuning in to different channels.5

Pathologies arise when oscillations disrupt normal cell activity. In Parkinson’s patients, for example, neurons in the motor cortex—the brain center that coordinates voluntary motion—get locked in certain oscillations that increase in amplitude when a person moves, resulting in tremors and other movement deficits. DBS disrupts this pattern. By pulsing tissue in a part of the motor network in the midbrain, DBS decouples cells in the motor cortex from overpowering oscillations, allowing them to act independently again.6 Yet the technology fails to affect lasting changes, probably because it diffusely excites so many kinds of neurons at once.7

Future devices will be more precise. By exploiting the rules that neurons use to learn new associations, these next-generation electroceuticals may enable permanent disease erasure. Learning is all about timing. Suppose, for instance, that neuron A makes a connection with a target, neuron B. If neuron A spikes before neuron B, that link will strengthen. But if B spikes before A, their bond will weaken. Neuroscientists suspect that this behavior, known as spike timing dependent plasticity, is the fundamental axiom that neural networks use to code for causality. Artificial stimulation could likewise re-engineer the pathways that give rise to sickness.

Investigators have begun to demonstrate the feasibility of this approach. In 2007, for instance, researchers at the National Center of Scientific Research, in France, and the University of California, San Diego, manipulated the activity of a single neuron in the barrel cortex of a rat, which receives input from the whiskers.8 Normally this cell spiked after a whisker moved. But the scientists reversed this timing. They electrically aroused the cell milliseconds before wiggling a whisker. By repeating this pattern, they dampened the whisker-neuron connection, making the cell less likely to respond to whisker movements. The same principle may eventually be applied therapeutically to weaken over-sensitive connections underlying disorders such as chronic pain or PTSD.

The most sophisticated implants will stimulate the brain as well as listen to it. With hundreds of recording electrodes packed into a few cubic millimeters, these dual-use devices will pick up neural signatures of disease, allowing them to more precisely target sick circuits.9, 10 In a drug addict, for instance, one of these electroceuticals might detect the rise of a craving and squelch it before it drives bad behavior. Another implant might sniff out a traumatic memory and erase its emotional weight.

This kind of electrotherapy will be reserved for the most intractable patients, for whom traditional interventions have failed. But what will be its limits? What if we could wipe atrocities from our collective remembrance? Or scrub guilt from a soldier’s conscience? Like any medicine, forgetting is both a poison and a cure.

Kelly Clancy is a neuroscientist interested in understanding the general principles of biological information processing. She is currently a postdoc at the University of Basel and UCL. Previously, she roamed the world as an astronomer and served with the Peace Corps in Turkmenistan. She won the 2014 Regeneron Prize for Creative Innovation for her work designing drug-free brain therapies. Her writing has appeared in Harper’s Magazine, Wired, and The New Yorker.

This article first appeared in our “Error” issue in May 2015.