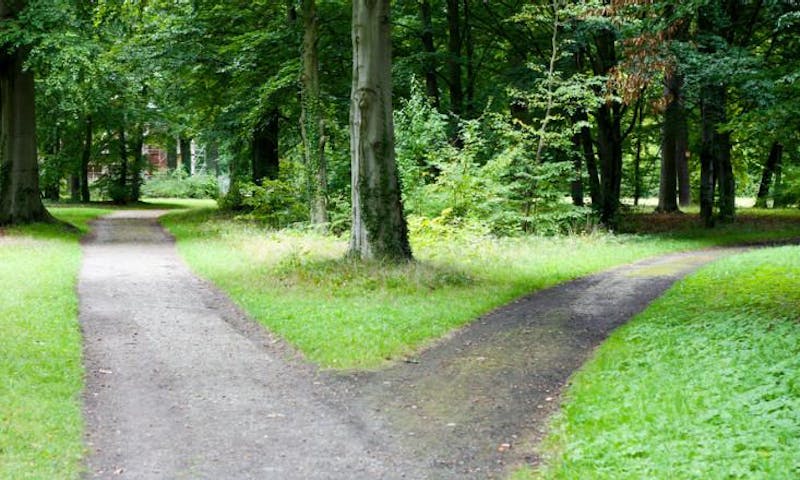 Why is
a statement like “vaccines cause autism” persuasive or not? Each
side of the issue will no doubt claim some support, but if we know
anything about psychology, it’s that facts don’t always settle an
argument. Those who claim a link between vaccines and autism—without
any evidence to support this claim—are just
as certain
as those who discredit it.

Communication
researchers have been tackling this question for decades. How can two
people look at the same information and come to radically different
conclusions? How can a single retracted study by a disgraced and
dismissed doctor be garbage some and gospel for others? Three
decades ago scientists came up with one model to try and explain it. They split
our cognition in two.

In the
early 1980s, Shelly Chaiken spearheaded the development of a
communication model that quickly began to dominate the field, not
just because it considered the relationship between medium and
receiver differently (it did), but because it was a model of
communication that looked at how people really think.
And how we think is rather simple, according to the model. We are all
cognitive Scrooges. You might even call it the law of conservation of
mental effort. Like physical effort, you can expend a lot or a
little, and how much you do spend determines what outcome you get.
But it’s always easier to expend less. Chaiken’s model used this
mental economy to categorize our thinking into heuristic
and systematic
systems. Heuristic
thinking—utilizing quick and dirty rules and cues—expends little
effort. Information is processed relying on superficial
characteristics, like academic degrees of the author. But this is far
from a “lazy” approach to thought. Without heuristics, you would
be lost in thought when just deciding how much cream to put in your
coffee. Heuristic processing is efficient processing, even if it can lead to superficiality.

Systematic
thought, on the other hand, is an in-depth look at the evidence. An
article isn’t taken as fact simply because it was written by a
doctor. The references are checked; the arguments are evaluated. But
there is a trade-off to this Sherlock-like approach. It’s hard to
find the resources in our cognitive economy to think deeply about
everything all the time. In reality, we constantly switch between
heuristic and systematic processing depending on the task, and both
styles can occur simultaneously. (A similar dual-process model of
human thought has also been widely popularized as “system 1” and
“system 2” thinking by
Nobel laureate Daniel Kahneman.)

We all
have the ability to think in both styles, but what pushes us to do so
is different for everyone. Chaiken’s “heuristic-systematic
model”
[pdf] says that uncertainty determines our thinking style in any one
situation. Uncertainty—measured as the difference between what you
know and what you think you need to know to make a confident
judgment—drives processing. The bigger the gap, the harder you have
to work to close it, and the more you’re pushed toward systematic
processing. If you think you already know everything you need to, why
spend much effort evaluating a message? A small gap predicts
heuristic processing.

Thinking
about our thinking in this way begins to sort out why a pro-vaccine
message can be so ignored (or an anti-vaccine message so persuasive).
A person who is anti-vaccine might believe that he already knows all
he needs to about vaccines (e.g., they are harmful). Why would we
expect someone to then deeply process a scientific study or message
saying the opposite? Superficially he could see the pro-vaccine
leanings, and the rest is ignored, discredited, or misconstrued.

There’s
a solution hidden in the model too. To encourage more in-depth
evaluations, the communicator should try to tiptoe around grand emotional appeals and instead emphasize the importance of accuracy
in making a judgment on the question.
If the listener believes that there is a large gap between current
and required knowledge on a topic, they are more likely to exert the
large effort required to close it. No psychologist would guarantee
that a person thinking systematically will reach a scientifically
correct solution, but the train must first be on the track.

We
might not want to admit that things like attractive graphics or
author authority easily persuade us, but they do. We have to have
convenient mental bridges to span the information deluge of everyday
life. And it can be frustrating to admit that even with all the
processing power in the world, you can still come to the wrong
conclusion. We bias, we discredit, we blindly endorse, we conflate,
and we often simply don’t know enough. This happens no matter what
cognitive style you engage in.

Ultimately,
persuasion isn’t an outcome; it’s a process. Anti-vaccine views
don’t just appear; they’re driven there by the same uncertainty
and mental economy that influence what news anchor you trust or what
kind of car you buy. To get more people to believe in good science,
we have to better use the science of persuasion.

Kyle
Hill is a freelance science writer who manages the Scientific
American blog Overthinking
It,
and
contributes to Slate,
Wired,
Popular Science,
Skeptical Inquirer,
and io9.
He is a research fellow with the James
Randi Educational Foundation,
and you can follow him on Twitter under @Sci_Phile.