How Your Heart Influences What You Perceive and Fear

The heartbeat and other bodily processes play a surprising role in shaping perception and cognition. 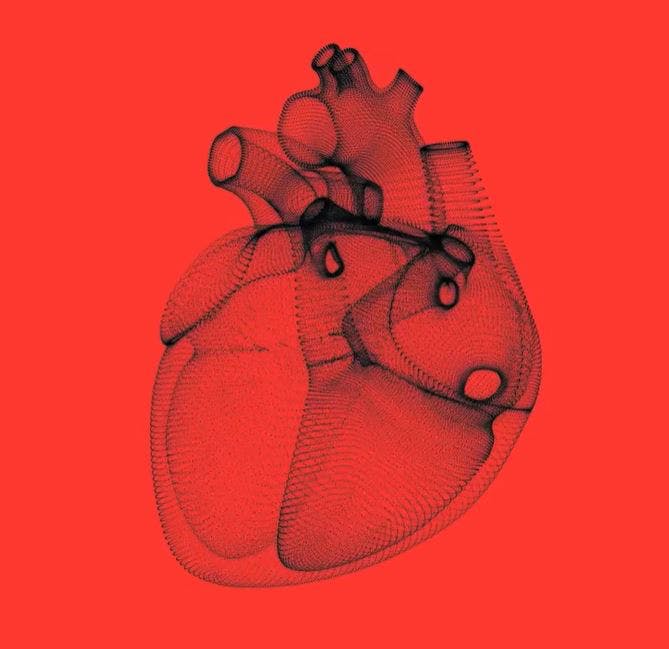 We consider the brain the very center of who we are and what we do: ruler of our senses, master of our movements; generator of thought, keeper of memory. But the brain is also rooted in a body, and the connection between the two goes both ways. If certain internal receptors indicate hunger, for instance, we’re driven to eat; if they indicate cold, we dress more warmly.

However, decades of research have also shown that those sensations do much more than alert the brain to the body’s immediate concerns and needs. As the heart, lungs, gut and other organs transmit information to the brain, they affect how we perceive and interact with our environment in surprisingly profound ways. Recent studies of the heart in particular have given scientists new insights into the role that the body’s most basic processes play in defining our experience of the world.

In the late 19th century, the psychologist William James and the physician Carl Lange proposed that emotional states are the brain’s perception of certain bodily changes in response to a stimulus—that a pounding heart or shallow breathing gives rise to emotions like fear or anger rather than vice versa. Researchers have since found many examples of physiological arousal leading to emotional arousal, but they wanted to delve deeper into that link.

The heartbeat provided the perfect means to do so.

The Heart Tips the Seesaw

Cardiac activity can be divided into two phases: systole, when the heart muscle contracts and pumps out blood, followed by diastole, when it relaxes and refills with blood.

Beginning in the 1930s, scientists found that systole dampens pain and curbs startle reflexes. Further work traced this effect to the fact that during systole, pressure sensors send signals about the heart’s activity to inhibitory regions of the brain. This may be useful because, while the brain must constantly balance and integrate internal and external signals, “you cannot pay attention to everything at once,” said Ofer Perl, a postdoctoral research fellow at the Icahn School of Medicine at Mount Sinai in New York. Experiments even showed that people were more likely to forget words that were presented exactly at systole than words that they saw and encoded during the rest of the cardiac cycle.

“I really see the senses like a seesaw,” said Sarah Garfinkel, a neuroscientist at Brighton and Sussex Medical School in England and one of the lead investigators on the memory work. “When you’re sensing something from internally, then it dampens down processing of external signals. When your heartbeat is going, then it’s just loading up the seesaw to one side.”

The heart’s inhibitory effects were demonstrated once again in work published in May of 2020 in the Proceedings of the National Academy of Sciences. When people were presented with a barely detectable electrical stimulus to their finger, they were more likely to perceive it during diastole and to miss it during systole. Moreover, participants with greater neural responses to cardiac activity were less sensitive to the stimulus. “It’s fascinating that, even in this millisecond range, our perception can change,” said Esra Al, a doctoral student at the Max Planck Institute for Human Cognitive and Brain Sciences and lead author of the study.

The team noted how the heart might be “loading up the seesaw” in this case. During systole, as the heart pushes blood into the rest of the body, it’s possible to feel your pulse in your fingertips. It’s advantageous for the brain to cancel out those signals since they don’t provide new information about the environment—but in doing so, slight touch sensations might get suppressed, too.

What doesn’t seem to get suppressed, however, is fear.

In 2014, Garfinkel and her colleagues showed that the processing of fear and threatening stimuli was not inhibited at systole. While systole activated inhibitory brain regions, it also activated the amygdala, an area implicated in the experience of fear. The researchers found that during systole, people tended to perceive fearful faces more intensely. This was not the case for faces expressing a neutral emotion: Study participants rated those as less intense during systole; that processing seemed to get the usual dampening treatment. “What’s most striking about fear is that it breaks through,” Garfinkel said. “It’s impervious to this inhibitory effect of the heart.”

This is likely to be an adaptive response to the greater number of systoles that fear provokes. “If your heart is beating really strong and fast, and you’re in a fear state, you don’t want to be sensitive to pain. You want to be able to run over broken twigs and glass to escape the threat,” Garfinkel said. “But you want to be hyper-alert to a threat in the environment. … Fear is something that can help you survive.”

“The world isn’t just a stable thing. How we perceive it is based on our own bodies,” says Sarah Garfinkel of Brighton and Sussex Medical School.

Garfinkel recently found that this link to fear is even stronger than expected. As described in a preprint, she and her team conditioned test subjects to associate some shapes with a mild electric shock, and then presented them with those shapes—as well as more neutral ones—during systole and diastole. The expectation was that people would always exhibit more fear of the shapes associated with the shock. Instead, the participants responded more fearfully to all the shapes that were presented at systole. “And that overshadows them learning, initially, what’s associated with shock or not shock,” Garfinkel said. “There’s something inherent about the thing that is presented when the heart is beating which is more fearful. And that’s so strong. That’s such a strong effect, it really blew my mind.”

“The heartbeat signal is shown to have an intrinsic threatening value, which kind of slows down unlearning of threat,” said Hugo Critchley, a psychiatrist at Brighton and Sussex Medical School and another author on the study.

When the Inner World Rules

Adaptations to responses other than fear may also have built on this coupling of heartbeat and inhibition. In a paper published in Cognition in March of 2020, researchers found that eye movements occur more often at systole, while we fix our gaze on a target more often during diastole. During rapid eye movements, the brain momentarily blinds us so that we don’t see our surroundings jump. We seem to time that sampling of the visual environment to coincide with moments of inner quiescence.

“Systole is the point when you’re least sensitive to the world, when processing tends to be dampened down—when the inner world rules,” said Garfinkel, who was not involved in the study. “So it makes sense to couple your eye movements and be blind when you don’t mind as much about the outside world.”

Critchley, Garfinkel and others have also found that systole is more likely to enhance fear processing in people with anxiety. The researchers now hope that their work can guide therapies for certain phobias and post-traumatic stress disorder. “If you can change how threatening stimuli are” by presenting them at different phases of the cardiac cycle, Critchley said, “then you can get people out of anxiety states in one form or another.”

Other scientists are studying how information sampling and sensory processing, as well as behavior, might be adaptively coupled to other physiological rhythms, such as breathing and digestion. What’s readily apparent in that work, too, is that “the world isn’t just a stable thing,” Garfinkel said. “How we perceive it is based on our own bodies.”