Researchers found that elongating certain brain signals in rats improved their memory. The work revealed a new property to look out for in the hunt for “biomarkers” of learning. 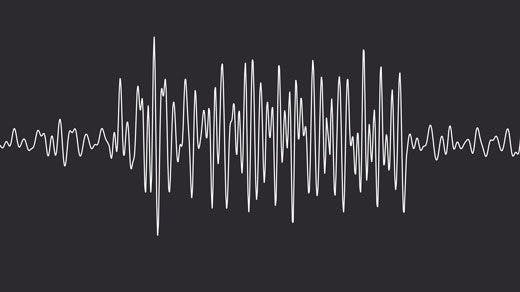 Yet against the odds, researchers at the New York University School of Medicine reported earlier this summer that they had improved the memory of lab animals by tinkering with the length of a dynamic signal in their brains—a signal that has fascinated neuroscientists like Frank for decades. The feat is exciting in its own right, with the potential to enhance recall in people someday, too. But it also points to a more comprehensive way of thinking about memory, and it identifies an important clue, rooted in the duration of a neural event, that could pave the way to a greater understanding of how memory works.

Since the 1980s, scientists have been tuning in to short bursts of synchronized neural activity in the brain area called the hippocampus. The activity consists of complex, cascading electrical patterns that, when recorded, “sound like an explosion,” said Shantanu Jadhav, a neuroscientist at Brandeis University. Since their discovery, these “sharp wave ripples” have been associated with memory because they arise when neurons suddenly replicate their prior firing patterns in an accelerated surge, as if quickly replaying snippets of a previous experience. They do so when an animal is asleep, presumably to consolidate newly gained knowledge for long-term storage.

Over time, it has become clear that sharp wave ripples aren’t just a signature of passive memory consolidation; they’re also involved in more active memory-based processes, such as memory retrieval and the use of memories to guide new inferences. The hippocampal fireworks that dominate nap time also happen frequently in animals that are awake but idling and inattentive, or on the cusp of a decision, or exploring a new environment. “The information content in ripples can be a true replay of something that previously happened,” said Brad Pfeiffer, a neuroscientist at the University of Texas Southwestern Medical Center, “or it can be an imagination of something that might happen in the future.”

That is, sharp wave ripples “looked like what you’d imagine a memory looks like in the brain … or like explorations of possible future experiences” based on past ones, Frank said. Either way, the ripples “seemed well set up to be an important part of what drives learning in the brain, a critical aspect of the brain learning new things”—a “cognitive biomarker” for the many forms that memory can take.

Frank, Jadhav and their colleagues cemented that idea in 2012, when they used electrical pulses to disrupt sharp wave ripples in rats learning to navigate a three-pronged maze that resembled the head of a trident. When the animal was on one of the outer arms of the maze, it had to return to the center to get a reward; when it was on the middle arm, it had to go left if it had previously chosen to go right, and right if it had previously chosen to go left. The ripple interference had no effect on the rats’ performance in the first part of the task, when they only needed to go back to their starting point. But it caused a marked decline in their ability to alternate which path they took to the outer arms—the part of the task that required them to remember their earlier decision to go right or left.

Now, researchers led by the neuroscientist György Buzsáki have finally offered up proof positive that sharp wave ripples play a part in memory: Artificially prolonging the ripples in rats improved their performance on the same memory task that Frank’s group had used. The work was published in Science in June.

“I think the fact that they came up with a way to speed up learning by amplifying an actual existing pattern of activity was really creative and effective,” Frank said, “and really helps us make stronger associations between this pattern and learning and memory.”

But the achievement also highlights the importance of a feature of the ripples that researchers hadn’t really considered: their length. Scientists had previously observed that most naturally occurring ripples in the hippocampus lasted only about one-tenth of a second, although a small percentage of them persisted beyond that—but they hadn’t probed into whether the duration was relevant, or what it might be relevant for. “People knew the sharp wave ripples had different lengths, but I think they previously assumed it was random,” said A. David Redish, a neuroscientist at the University of Minnesota who did not participate in the study.

In fact, this kind of skewed distribution has appeared across multiple scales in the brain—in the firing rates of neurons, in the strength of synapses, and in the conduction velocity of axons, for example. Experts generally think that “it allows for a balance between competing requirements in dynamic systems,” which might facilitate greater stability or robustness, Buzsáki said. But he and his team decided to dig deeper into what that meant for sharp wave ripples in particular.

When the rats entered a new environment—when they first started navigating the three-pronged maze, for instance—the researchers noticed that the number of long ripples tended to be greater than usual. As the animals were repeatedly exposed to the same environment, the ripples lasted for less and less time. Other experimental comparisons led to the same conclusion: that longer ripples might be associated with tasks that require greater memory or cognitive load. “It’s almost like there’s some internal process that says, ‘I need longer sharp wave ripples,’” Redish said.

When Buzsáki and his colleagues stimulated the brain with light to make the ripples last longer, they found that other, related neurons joined the pattern. The hippocampus seemed to be replaying more of the sequence—in this case, reflecting more information about the rat’s previous route through the maze, “displaying the entire journey,” Buzsáki said.

“Extending the ripples actually lengthens the trajectories being reactivated,” Jadhav said. “There’s a strong possibility that this is a mechanism for imagining all of the available paths” the rat then has to choose from.

Now, researchers can go back to their previous work to see if the length of ripples offers a new perspective on memory mechanisms. Redish, for one, had previously found that sharp wave ripples characterized the neural states of rats making new mental connections; in hindsight, he said, those ripples had also been longer. “So it could be that these longer sharp wave ripples are also involved in a better linking function.”

Yet such a possibility also raises a variety of other questions—what shorter ripples might be doing, what the ripples’ length might have to do with more distant memories or with future planning, and whether long and short ripples interact differently with brain regions outside of the hippocampus. (Buzsáki is now starting to pursue that last line of investigation.)

The focus on sharp wave ripples—and the task that Frank and Buzsáki have used to study it—is also intriguing because it encompasses many different ways of thinking about memory. “We have all these distinctions, that memory is the past, that planning and imagination are the future,” that one brain region is responsible for active short-term memory and another for “offline” long-term memory, Buzsáki said. “But the brain might not work this way. These things are not so easy to separate.”

Perhaps there’s an argument to be made, then, for studying memory “in more general terms,” he added.

When it comes to how to define memory and how best to study it, “I don’t necessarily think as a field we know what we’re doing yet,” Frank said. “We’re still stumbling in the dark.” But in these bursts of ripple activity, perhaps we will find some illumination.

Lead image: For decades, scientists have been building a case for a link between memory and a particular type of brain signal. New work finally offers up proof positive of that connection. Credit: Lucy Reading-Ikkanda/Quanta Magazine