In Topology, When Are Two Shapes the Same?

As topologists seek to classify shapes, the effort hinges on how to define a manifold and what it means for two of them to be equivalent. 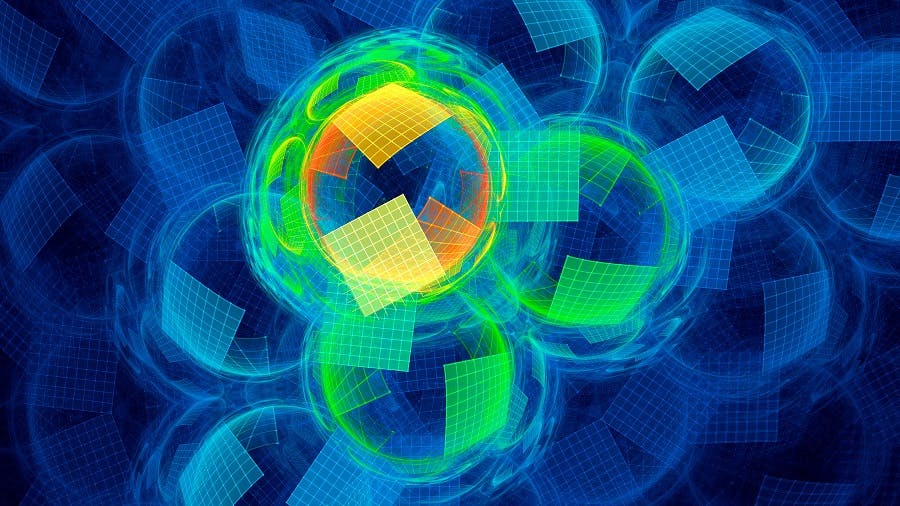 Sorting a collection of shapes is child’s play. Circles here, squares there, triangles in their own pile.

But if you take the task seriously, there’s a lot more to it. In fact, one of the largest subdisciplines in mathematics—topology—is devoted exactly to this kind of endeavor, and after centuries of concerted effort, mathematicians aren’t even close to finishing.

Topologists study the properties of general versions of shapes, called manifolds. Their animating goal is to classify them. In that effort, there are a few key distinctions. What exactly are manifolds, and what notion of sameness do we have in mind when we compare them?

If you were to find yourself on the surface of a manifold, the space would appear flat all around you. And, in fact, this is the experience we have on Earth.

Here are the basic differences.

Manifolds can be shapes of any dimension, from zero-dimensional points to one-dimensional lines to two-dimensional surfaces (like the surface of a ball) to 100-dimensional spaces (and beyond) that are hard to picture but as mathematically real as anything else. Mathematicians study them because, among other reasons, three- and four-dimensional manifolds provide the setting of our lives.

“They look like where we live, the Earth or space that we live in. Maybe the universe is an interesting manifold,” said Maggie Miller, a postdoctoral fellow at Stanford University.

What all manifolds have in common is a certain generic flatness. If you were to find yourself on the surface of a manifold, the space would appear flat all around you. And, in fact, this is the experience we have on Earth. From its surface—which is a two-dimensional manifold—you might be forgiven for (briefly!) concluding that our planet is flat.

Generally, a manifold’s global features—such as whether it’s curved like a sphere or contains a hole like a doughnut—can’t be determined from a ground’s eye view. Among other things, this definition rules out shapes such as two cones touching tip to tip, like an hourglass. If you were living on this space, you would know something strange was going on at the point where the tips meet.

Once this flatness condition is met, manifolds split into three basic types. The least complex is the “topological” manifold. It has the simple property that you could trace your finger across the whole thing without ever lifting your finger. This means it’s continuous, as it features no abrupt jumps from one point to another. Continuity was already part of the definition of a manifold, so all manifolds are automatically topological manifolds.

This uniform smoothness has big consequences. It allows you to associate a unique tangent plane to every point on a smooth manifold, which means you can perform calculus on smooth manifolds.

The third type of manifold has a complexity in between the bare-bones topological manifolds and the more highly structured smooth ones. It’s called a piecewise linear manifold, and it helps to imagine it made up of polygon-like tiles. Piecewise linear manifolds can have corners, just like topological ones, but the piecewise structure restricts where those corners can occur: only at the vertices where tiles meet.

“In a topological manifold the corners aren’t isolated the same way they are in a piecewise linear manifold, where I have a little edge separating corners,” said Miller.

Once you know what manifolds are, you can start to ask when one is the same as another.

The most basic notion of sameness is called homotopy equivalence. Two manifolds are considered the same by this standard when you can tug, compress and expand one into the shape of the other without ever tearing it.

By this loose standard, many shapes that look nothing alike are considered the same: A three-dimensional ball (like a baseball) is homotopy equivalent to a single point, because you can continuously deform the ball down to a point without ever ripping it. However, a doughnut is not homotopy equivalent to a point because of the hole in its center, which can’t be done away with no matter how tightly you shrink it.

Beyond homotopy equivalence, there are two other, more sophisticated notions of sameness. Each corresponds to a different type of manifold: one for topological manifolds and the other for smooth manifolds. That each would have its own concomitant notion of equivalence makes sense: You wouldn’t use the same metric to compare novels that you use to compare invertebrates, after all.

For smooth manifolds, the standard of equivalence is more complex. It’s called a diffeomorphism. As before, close points in one manifold need to pair with close points in another, only now that pairing needs to be done in a way that maintains the smooth structure of both manifolds. In other words, if there’s no way to pair points without, say, introducing a corner, then the two manifolds are not diffeomorphic to each other.

These distinctions scaffold the grand classification project of topology. Mathematicians have made substantial progress on this classification in all dimensions except dimension 4, where it’s basically wide open.

This leaves them in the strange position of being unable to perform one of the most basic classification tasks of all: recognizing when a smooth four-dimensional manifold is really a sphere.