Inside the Secret Math Society Known Simply as Nicolas Bourbaki

For almost a century, the anonymous members of Nicolas Bourbaki have written books intended as pure expressions of mathematical thought. 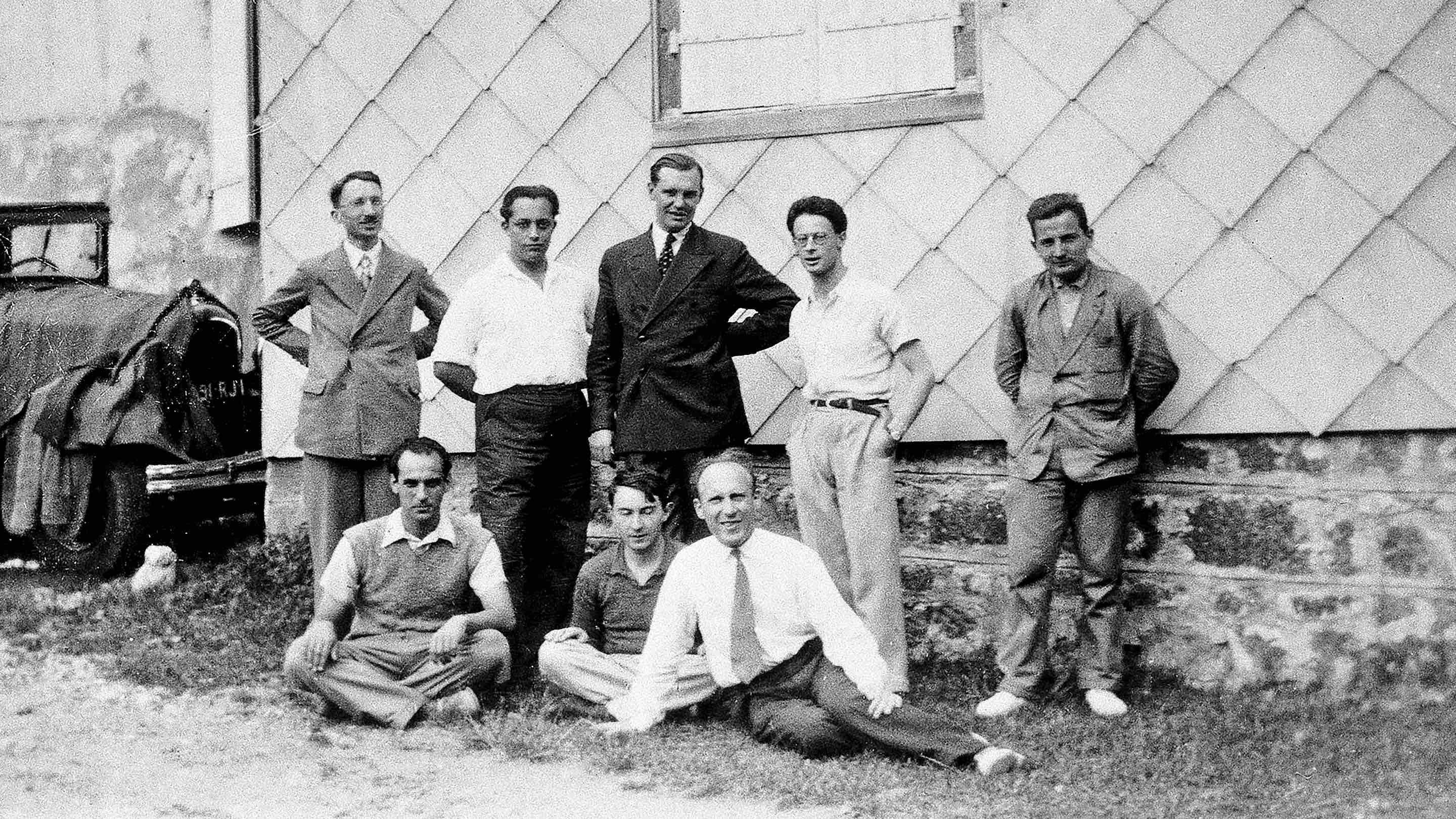 Antoine Chambert-Loir’s initiation into one of math’s oldest secret societies began with a phone call. “They told me Bourbaki would like me to come and see if I’d work with them,” he said.

Chambert-Loir accepted, and for a week in September 2001 he spent seven hours a day reading math texts out loud and discussing them with the members of the group, whose identities are unknown to the rest of the world.

He was never officially asked to join, but on the last day he was given a long-term task—to finish a manuscript the group had been working on since 1975. When Chambert-Loir later received a report on the meeting he saw that he was listed as a “membrifié,” indicating he was part of the group. Ever since, he’s helped advance an almost Sisyphean tradition of math writing that predates World War II.

The group is known as “Nicolas Bourbaki” and is usually referred to as just Bourbaki. The name is a collective pseudonym borrowed from a real-life 19th-century French general who never had anything to do with mathematics. It’s unclear why they chose the name, though it may have originated in a prank played by the founding mathematicians as undergraduates at the École Normale Supérieure (ENS) in Paris.

“There was some custom to play pranks on first-years, and one of those pranks was to pretend that some General Bourbaki would arrive and visit the school and maybe give a totally obscure talk about mathematics,” said Chambert-Loir, a mathematician at the University of Paris who has acted as a spokesperson for the group and is its one publicly identified member.

Bourbaki began in 1934, the initiative of a small number of recent ENS alumni. Many of them were among the best mathematicians of their generation. But as they surveyed their field, they saw a problem. The exact nature of that problem is also the subject of myth.

In one telling, Bourbaki was a response to the loss of a generation of mathematicians to World War I, after which the group’s founders wanted to find a way to preserve what math knowledge remained in Europe.

“There is a story that young French mathematicians were not seen as a government priority during [the] First World War and many were sent to war and died there,” said Sébastien Gouëzel of the University of Rennes, who is not publicly identified with the group but, like many mathematicians, is familiar with its activities.

In a more prosaic but probably also more likely rendering, the original Bourbaki members were simply dissatisfied with the field’s textbooks and wanted to create better ones. “I think at the beginning it was just for that very concrete matter,” Chambert-Loir said.

Whatever their motivation, the founders of Bourbaki began to write. Yet instead of writing textbooks, they ended up creating something completely novel: free-standing books that explained advanced mathematics without reference to any outside sources.

The first Bourbaki text was meant to be about differential geometry, which reflected the tastes of some of the group’s early members, luminaries like Henri Cartan and André Weil. But the project quickly expanded, since it’s hard to explain one mathematical idea without involving many others.

“They realized that if they wanted to do this cleanly, they needed [ideas from other areas], and Bourbaki grew and grew into something huge,” Gouëzel said.

The most distinctive feature of Bourbaki was the writing style: rigorous, formal and stripped to the logical studs. The books spelled out mathematical theorems from the ground up without skipping any steps—exhibiting an unusual degree of thoroughness among mathematicians.

“In Bourbaki, essentially, there are no gaps,” Gouëzel said. “They are super precise.”

But that precision comes at a cost: Bourbaki books can be hard to read. They don’t offer a contextualizing narrative that explains where concepts come from, instead letting the ideas speak for themselves.

“Essentially, you give no comment about what you do or why you do it,” Chambert-Loir said. “You state stuff and prove it, and that’s it.”

Bourbaki joined its distinctive writing style to a distinctive writing process. Once a member produces a draft, the group gathers in person, reads it aloud and suggests notes for revision. They repeat these steps until there is unanimous agreement that the text is ready for publication. It’s a long process that can take a decade or more to complete.

This focus on collaboration is also where the group’s insistence on anonymity comes from. They keep membership secret to reinforce the notion that the books are a pure expression of mathematics as it is, not an individual’s take on the topic. It’s also an ethic that can seem out of step with aspects of modern math culture.

“It’s sort of hard to imagine a group of young academics right now, people without permanent lifelong positions, devoting a huge amount of time to something they’ll never get credit for,” said Lillian Pierce of Duke University. “This group took this on in a sort of selfless way.”

Bourbaki quickly had an impact on mathematics. Some of the first books, published in the 1940s and ’50s, invented vocabulary that is now standard—terms like “injective,” “surjective” and “bijective,” which are used to describe properties of a map between two sets.

This was the first of two main periods in which Bourbaki was especially influential. The second came in the 1970s when the group published a series of books on Lie groups and Lie algebras that is “unanimously considered a masterpiece,” Chambert-Loir said.

Today, the influence of the group’s books has waned. It’s best known instead for the Bourbaki Seminars, a series of high-profile lectures on the most important recent results in math, held in Paris. When Bourbaki invited Pierce to give one in June 2017, she recognized that the talk would take a lot of time to prepare, but she also knew that due to the seminar’s status in the field, “it’s an invitation you have to accept.”

Even while organizing (and attending) the public lectures, members of Bourbaki don’t disclose their identities. Pierce recalls that during her time in Paris she went out to lunch “with a number of people who it seemed fair to assume were part of Bourbaki, but in the spirit of things I didn’t try to hear their last names.”

According to Pierce, the anonymity is maintained only in a “spirit of fun” these days. “There is no rigor to the secrecy,” she said.

Though its seminars are now more influential than its books, Bourbaki—which has about 10 members currently—is still producing texts according to its founding principles. And Chambert-Loir, 49, is nearing the end of his time with the group, since custom has it that members step down when they turn 50.

Even as he prepares to leave, the project he was handed at the end of his first week remains unfinished. “For 15 years I patiently typed it into LaTeX, made corrections, then we read everything aloud year after year,” he said.

It could easily be half a century from the time the work began to when it’s completed.  That’s a long time by modern publishing standards, where papers land online even in draft form. But then again, maybe it isn’t so long when the product is meant to stand forever.