Is the Nobel Prize Good for Science? 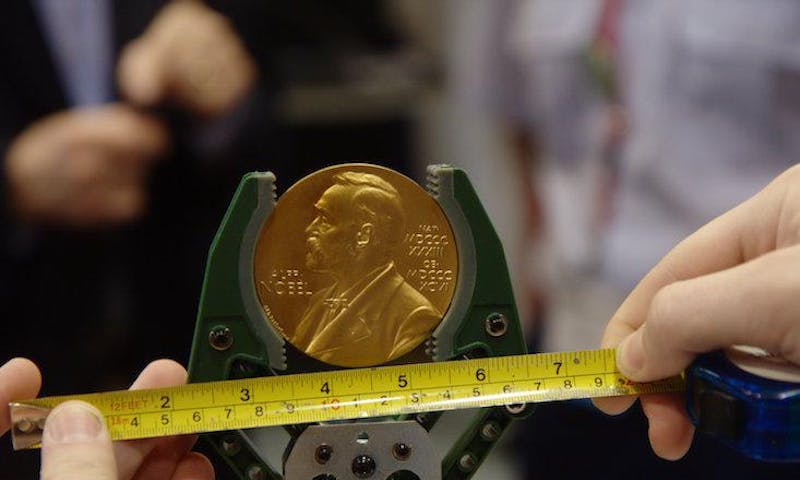 Yesterday, CNN Money published an article headlined, “Nobel prize winner tells Clinton: Tax fossil fuels.” The winner in question was Joseph Stiglitz, an economist at Columbia University, who received the prize 15 years ago. As you might expect, the Nobel is hardly his only accolade. He’s not only the World Bank’s former chief economist and the former chairman of the United States President’s Council of Economic Advisers; Stiglitz is also, as of last month, the third most influential economist in the world (based on academic citations).

The Nobel Prize is clearly a motivator for scientists, and a useful handle for those of us looking for an authority in a subject. It was perfectly reasonable for CNN Money to extend Stiglitz the cachet that comes with winning the Nobel. But other than this, what is the Nobel Prize good for?

The science historian Nathaniel Comfort, a professor at the Institute of Medicine at the Johns Hopkins University in Baltimore, isn’t so sure. At the Karolinska Institute, where the Nobel Assembly gathers to select the laureates in Physiology or Medicine, “they talk about Nobelitis as a kind of disease,” Comfort told Nautilus in a recent interview. “It has some negative effects. It’s the most publicly visible factor in the politicization of science.”

Catch the rest of Comfort’s chat with Nautilus here.

The lead photograph is courtesy of VEX Robotics via Flickr.